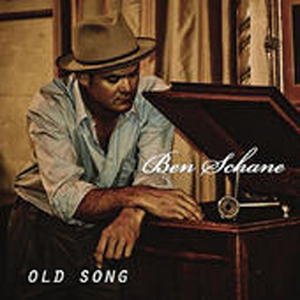 South Texas native Ben Schane made a stellar debut with his first offering, Antique Noises, and he delivers once again with the equally compelling Old Song. Produced by Adam Odor, Schane’s sophomore release may contain only six tracks, but it definitely feels more like a full-length than a mere EP because of the way each song showcases his impecable sense of crafsmanship. Indeed, it’s apparent that Shane approaches his songwriting with the same meticulous, painstaking attention to detail he puts into his other calling, as a custom boot maker. Every song stands out with a distinct sound and mood of its own, from the inspirational, Martin Luther King-themed “Watch You from the Mountain” to the divorce-influenced “In the Shame Of.” Based on his first two releases, Schane has nothing to be ashamed of. — SHANE JONES

Next post Lucinda Williams, "Down Where the Spirit Meets the Bone"

Previous post Lincoln Durham: "The Shovel [vs] the Howling Bones"