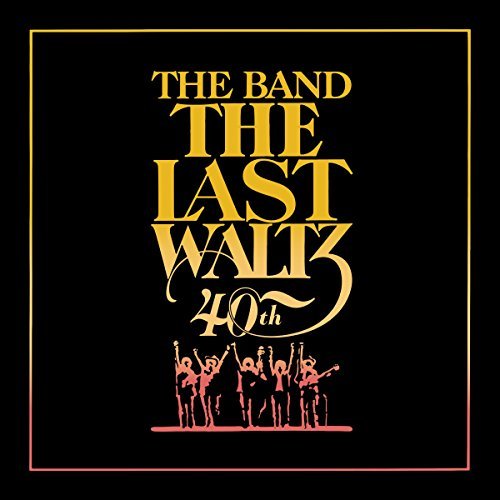 The Band’s star-studded 1976 farewell concert is a pivotal event in multiple respects. Beyond its obvious significance as the final performance of the group’s classic original lineup, it also inadvertently signaled the closing of an era of classic-rock royalty, while setting the table for the alt-country/Americana boom. It also spawned the most ambitious concert film of its time, for which Martin Scorsese applied hitherto-unseen cinematic techniques that greatly enhanced the show’s — and The Band’s — mythic status.

The Last Waltz‘s ongoing iconic stature is affirmed by its multiple reissues, expansions and repackagings. The latest of these is Rhino’s 40th-anniversary box set edition, with four CDs encompassing the show’s entire musical contents (including several songs not in the film or the original three-LP soundtrack album), along with some interesting rehearsals and demos, plus a Blu-ray disc of Scorsese’s original feature film.

With the distance of four decades, The Band’s performances here — infamously aided by some posthumous studio tinkering — have attained the resonance of sacred texts. Regardless of the backstage politics that marred the occasion of the quintet’s dissolution, the group’s readings of their classics (most of which they’d already revisited on 1972’s live Rock of Ages) exemplify the organic communal rapport that had become second-nature by this point, effortlessly transcending any dysfunctional family dynamics. And the handful of post-show studio tracks — highlighted by the luminous Emmylou Harris collaboration “Evangeline” and an uplifting reprise of “The Weight,” performed with the Staple Singers — suggest that the quintet’s creative partnership was hardly exhausted when they called it a day.

As for the big-name guest performers, with the exceptions of their former bosses Bob Dylan and Ronnie Hawkins, The Band’s connections with most of them are actually fairly tenuous. Despite that, the guest tracks demonstrate that The Band — which, after all, got its start as a hard-working backup combo — remained a distinctive and versatile instrumental unit, equally conversant with Dr. John’s New Orleans R&B, Joni Mitchell’s expansive folk-jazz, and the blues basics of Eric Clapton, Paul Butterfield and Muddy Waters.

Of the performances not on the original album, Dylan’s stately “Hazel” is a nice discovery, as are Clapton’s melancholy “All Our Past Times,” Muddy Waters’ scrappy “Caledonia,” Neil Young’s wistful take on Ian and Sylvia’s “Four Strong Winds,” and a pair of jazzy Mitchell tracks. Even more illuminating are some formerly-AWOL live Band tunes including “This Wheel’s On Fire,” “Acadian Driftwood” and “W.S. Walcott Medicine Show.”

Although it’s unlikely to alter anyone’s perceptions of The Band or their high-profile finale, The Last Waltz (40th Anniversary Deluxe Edition) is a grand document befitting the scale of the event that it documents. — SCOTT SCHINDER

Previous post Miranda Lambert: "The Weight of These Wings"