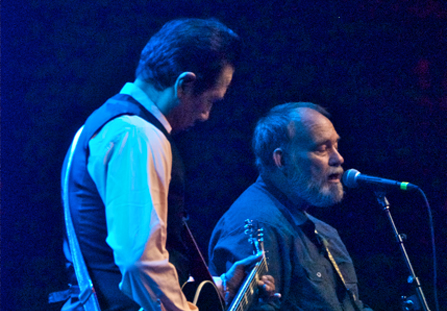 When South By Southwest creative director Brent Grulke died at 51 of a heart attack on Aug. 13, those who knew and loved him said Austin lost another chunk of its heart and soul. They couldn’t let the man credited with growing SXSW from a few hundred showcasing bands to more than 2,000 annually go without a proper sendoff, so Wild Seeds frontman Michael Hall and SXSW co-founder Roland Swenson quickly organized Grulkefest, a Sept. 8 benefit at ACL Live at the Moody Theater that raised $75,000 for Grulke’s son Graham’s education fund. Austin bands the True Believers, the Wild Seeds, the Reivers, Glass Eye, Sixteen Deluxe, Fastball, Doctor’s Mob and the Wannabes reunited in Grulke’s honor, performing raucous sets to celebrate a man known for his love of wine, women and especially, song.

When the Wild Seeds played “I’m Sorry I Can’t Rock You All Night Long,” which Grulke and Hall co-wrote, badge-wearing “F.O.B.’s” — Friends of Brent (including 7-year-old Graham and Grulke’s widow, Kristen) — clamored onstage to sing along. “Someone came from as far away as Israel to be here tonight for Brent,” emcee Jeff McCord reported. “It’s just a testament to what a special guy he was.” 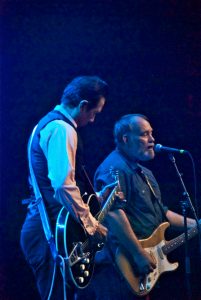 Standing next to bandmate Javier Escovedo, who came in from California, True Believer Jon Dee Graham noted, “If Brent were here right now, he’d be laughing his ass off.” But Alejandro Escovedo expressed the prevailing sentiment when he added, “We owe a lot to Brent. I miss him very much.”