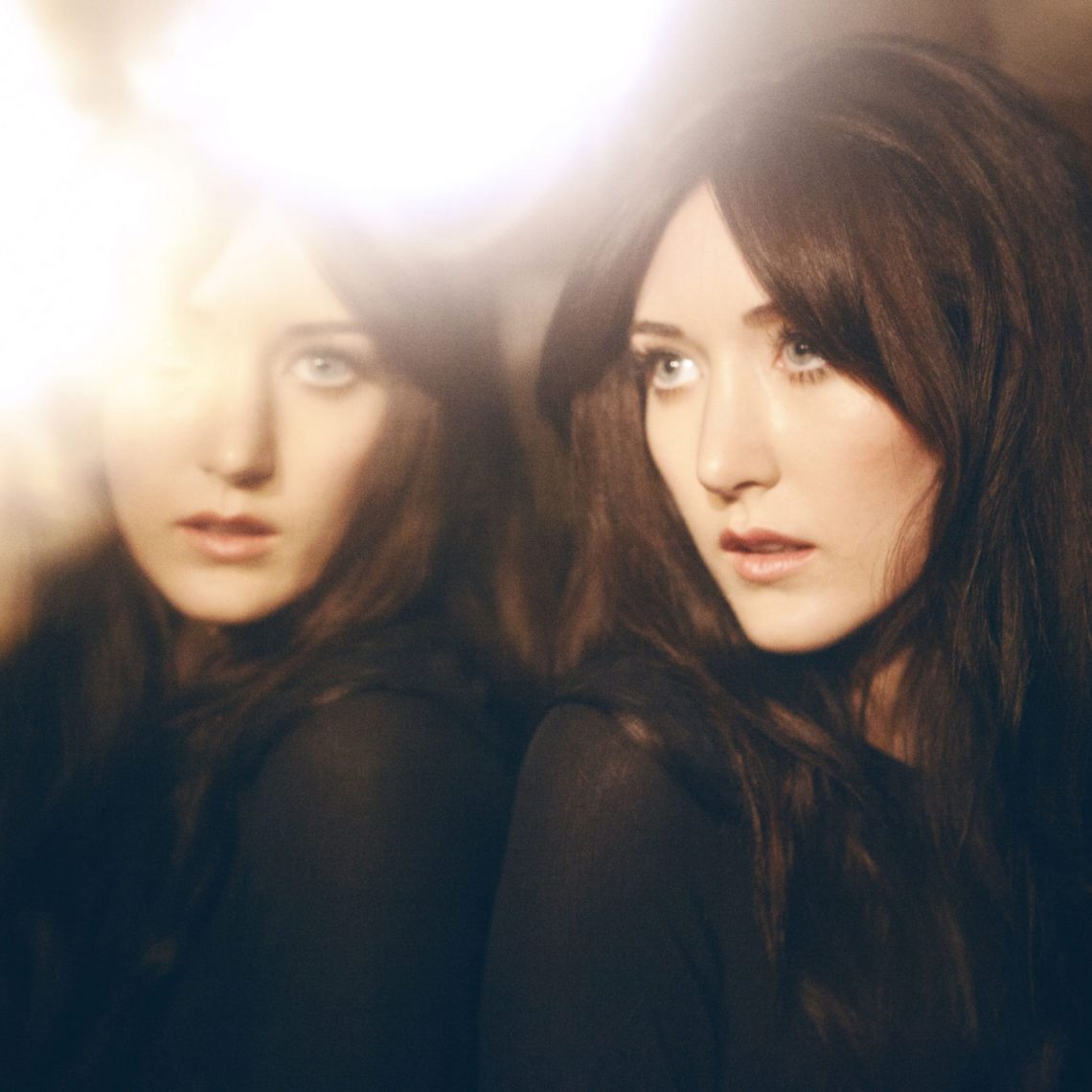 “So this guy writes about my record, and says all this stuff … like Frank (Liddell, the producer and Sellers’ stepfather) dumped all the guitars on it,” Sellers is raving, not about the bad review, but about what the writer infers about her. “If you even listen to these songs, you know nobody tells me what to do!

“How anyone could pay attention to the lyrics and think I’m some puppet in the studio?” she continues. “That these songs weren’t written with the idea of those electric guitars sounding exactly like they do? That this isn’t how I wanted my record to sound? Well, he totally missed it.”

It’s the day after Sellers, one of Nashville’s new breed of Outlaws, made her national TV debut on The Late Show with Stephen Colbert. The 24-year old singer-songwriter, who’s been raved about by Rolling Stone, NPR and Colbert, should be sitting on top of the world with the response her self-branded “garage country” is receiving.

“If you listen to ‘Paper Doll’,” she continues. “You’d know I’m anything but that! That’s what makes me so mad: to be written off as a musician like that — or just someone with a strong sense of how they should sound.”

The thin young woman with the propensity for black clothes comes by her confidence honest. The daughter of Grammy-winning classicist Lee Ann Womack and former Ricky Skaggs sideman/current hit songwriter Jason Sellers has grown up on the road with her mother and lived in a world where music is the driving force. She’s also sung harmony with Miranda Lambert, David Nail and Dr. Ralph Stanley.

To her, music is almost like oxygen. And New City Blues is her first breath.

“All my memories are sitting on the bus, listening to my mom play and sing,” she says. “Always being on the way to somewhere else, music being the one thing that was always there. And I loved it. For me, I love the energy and the drive and the sound of an electric guitar. It gives me more inspiration than anything else, and maybe that explains why the record sounds like it does. My voice is sweet, and has that very traditional thing like Mom does; but this record isn’t really that.

“Everything I write comes from some sort of urgency,” she continues. “If I want to express that, I am not going to be writing songs to show off my vocal range, but songs that can hit you in the gut.”

Certainly the bitchy Barbie superficiality impaling “Paper Doll,” the Madison Avenue-brokered boldfaced celebrity and marketing to create insecurity “Magazines” and the player-skewering “Liar, Liar” all churn and bristle with enough punk brio to warrant the tag “garage country,” which has branded New City Blues since release. But that urgency informs Sellers’ own rampant desires on the lovelorn “Sit Here and Cry,” the near obsession of “Just to Be With You” and the self-aware girl who can’t settle down in “Loveless Rolling Stone.”

Having spent time studying at the renowned Lee Strasberg Institute in her late teens, Sellers takes emotional veracity seriously. She is also moderately alarmed at the lack of emotional charge that she sees amongst her party hearty peers.

“I learned a lot about emotions, and how your body holds them,” she says. “That gave me a deeper perspective on emotions and it makes me more aware. It opened my eyes to life and it how things play out, and lets me see things play out.

“I feel disconnected from a lot of people my age,” she continues. “Whether it’s lack of direction or focus, or the idea, the goal is to be famous not for something, but just famous. Is the party culture as good as it gets? That’s what we’re supposed to want? Really?! “ 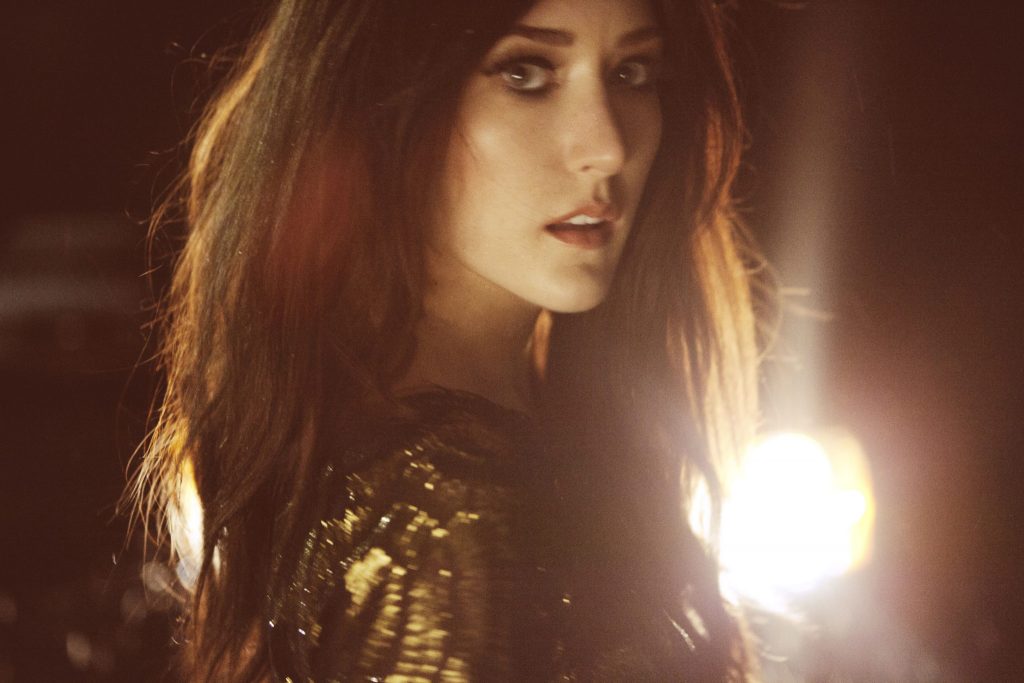 “I wanted the music to push buttons and cause a response, [and] I knew what I wanted it to sound like,” says Aubrie Sellers of “New City Blues.” (Photo by Allister Ann)

Not that she’s bridging her way into goth country. Clearly overly dour is not her milieu, either. “I tell people these are not happy songs, but they’re not unhappy songs, either,” she insists. “It’s life: the way it is. People doing these other songs? That may be exactly what’s happening in their world, but from my experience, are people really going out and partying every night? Do they ever have feelings?”

For Sellers, real life looks a lot like three years in a suburban, criss-crossing America, playing any bar she could find and opening for Hayes Carll, Chris Stapleton, Marty Stuart and John Moreland. It means writing and refining songs, often with the Grammy nominated songwriter Adam Wright to hone songs that truly reflected her own worldview and unlikely influences. It means recording in two sets of sessions – one three days, the second one — and finding an indie deal where the fact that she’s someone’s kid had no influence.

“Four years ago, there was no label, no manager involved in decisions, so it’s a very different experience from what I saw with my mom,” she explains. “I knew I wanted my first record to present a new sound, but also a broad spectrum of different songs that all came from the same place.

“I wanted the music to push buttons and cause a response,” she continues. “I knew what I wanted it to sound like — and when I didn’t have the words, Frank and I would play records ‘til we found it. ‘Sunday Bloody Sunday,’ ‘Run Through the Jungle,’ ‘When the Levee Breaks’ and a lot of bluegrass, too, because that’s as raw and intense as it comes.”

Sellers stops talking. Not so much because she has nothing to say as concern over beating a point to death. That fierce independence and desire to be her own person derives in part in her Texas heritage. Though Nashville is where she gets her mail, a large piece of her soul exists somewhere in the Lone Star State.

“Obviously I consider myself a dual citizen,” she begins. “Texas inspires me. It’s not just who I am or where my family’s from, it’s that wild independence. There’s a real want to have a different kind of music scene — and I relate to wanting that so much.

“I always knew what I wanted this music to sound like,” she says finally. “Guitar solos really inspire me, and I can’t explain why. I have an affinity for simple production, things like Led Zeppelin, Robert Johnson, the Staples Singers — all soul more than what’s going on on the track ‘cause that’s where the power is.

“I mean, I’ve always considered myself a country singer,” she adds. “Just like Steve Earle and Dwight Yoakam were country singers — but they weren’t the kind of country that was happening when their waves hit! Look at history: Waylon and Willie, then Emmylou, then Steve and Dwight, now Chris and Sturgill. It’s always been there, and it’s about knowing what country is when you’re making it.”