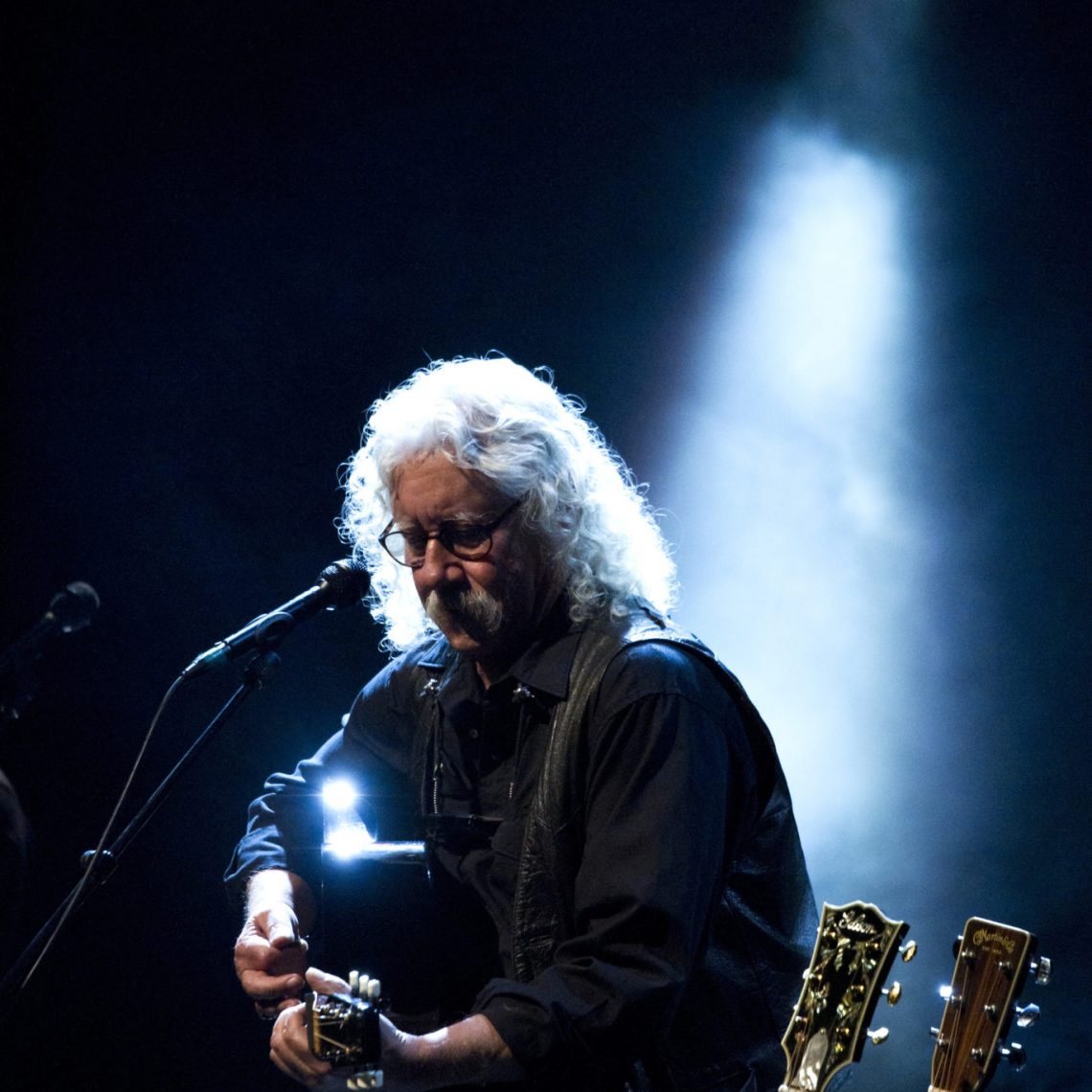 Touring in honor of the 50th anniversary of his debut album, Alice’s Restaurant, legendary singer-songwriter Arlo Guthrie was in fine form in the stately confines of Fort Worth’s Bass Hall last Thursday night. A packed house roared at all the jokes, gleefully clapped in unison when instructed and enjoyed the lengthy introductions that accompanied each and every song.

At 68, Guthrie may look his age, but his Dylanesque vocals and crisp guitar playing sounded just as good as in the guy’s late ’60s, early ’70s heyday. While the set list concentrated on Alice’s Restaurant (four of the album’s seven tracks were featured), Guthrie threw in the handful of other legitimate hits he has recorded over the years. “Coming into Los Angeles” appeared early in the evening and Guthrie’s talented backing band brought this tale of drug smuggling to life in front of a bunch of folks well into their golden years.

Also of note was Guthrie’s version of Steve Goodman’s “City of New Orleans.” Although Willie Nelson’s version is probably most often cited by fans of folk and country, Guthrie’s command of the song’s yearning tone and vagabond sense of dynamics was undeniably palatable. Guthrie’s tale of how Goodman originally brought him the song in hopes of Arlo giving it to Johnny Cash, like many of this evening’s stories, rang true and spoke to Guthrie’s effacing presence.

Better still were Guthrie’s interesting choice of blues covers: the traditional “St. James Infirmary” and Lead Belly’s “Pigmeat.” Both were done as simply another part of the set, not some inflated and tired tribute performance. When Guthrie talked about meeting Lead Belly and being in awe of his playing and singing, it was a natural (and accurate) history.

Arlo’s father, Woody Guthrie, invited a who’s who of folk, bluegrass and country legends into his home, and the young Arlo took it all in with an historian’s eye for detail. On this night, each song included a preface that was both interesting and informative. Before playing all 18 minutes of the title track from Alice’s Restaurant, Guthrie deadpanned, “If I knew this song was going to be so popular, I wouldn’t have made it so damn long.” 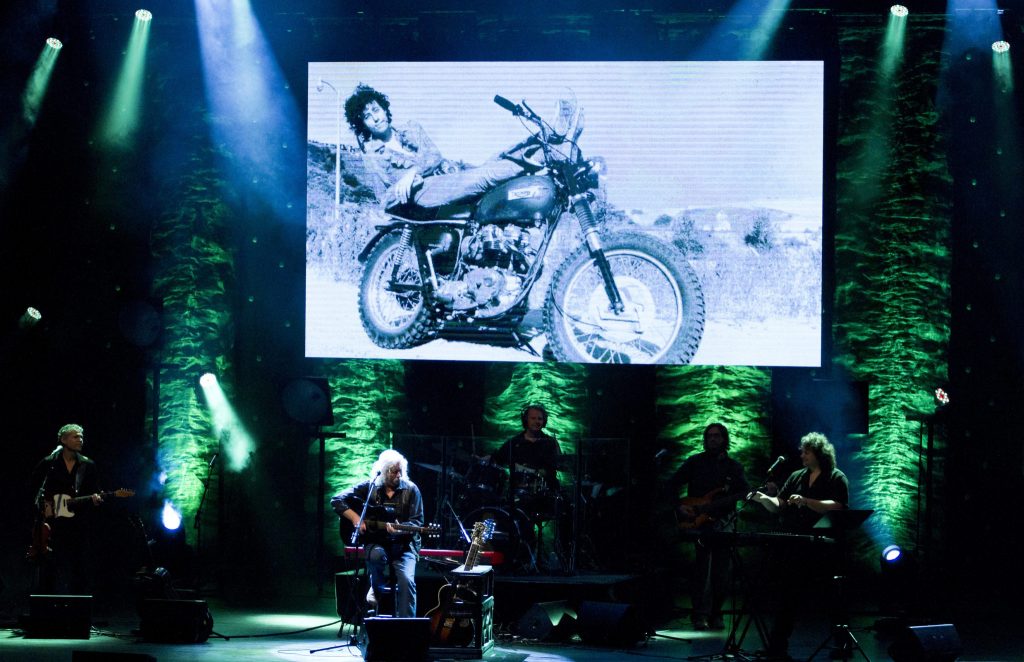 And while songs such as “Highway in the Wind” and particularly “Chilling of the Evening” (both also from Alice’s Restaurant) were beautiful and moving, the title track hasn’t held up too well. The quaint story (along with the video) of a young Arlo and others being (justifiably) arrested for littering probably sounded hilarious while stoned in 1967, but these days, it looks and sounds like an episode of the Monkees.

Playing only 12 songs over the course of two hour-long sets, Guthrie sadly never dug too deep into his unheralded back catalogue. The lovely “Victor Jara” (from the tragically underrated 1976 album Amigo) was sadly missed, but nothing could take away from Guthrie’s connection with the sold out crowd. When he finally exited the stage, the feeling was like your favorite uncle leaving your house for the very last time. The memories ran thick and deep as Guthrie culled up emotions from a half of century ago.