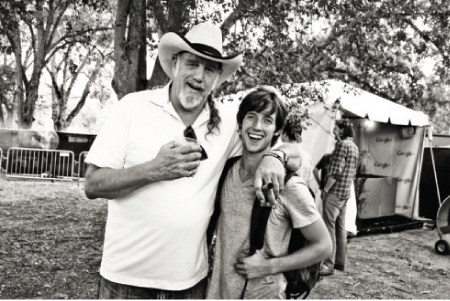 The summer 2011 mega-festival season came to an official close over the weekend of Sept. 16-18, when 70,000 fans a day packed into Zilker Park for the 10th annual Austin City Limits Music Festival. In addition to shockingly pleasant temperatures, a park-wide smoking ban due to the recent fires in Austin and nearby Bastrop, a few refreshing rain showers and a blessed absence of dust and smelly Dillo  Dirt, this year’s festivities boasted headliners Stevie Wonder, Arcade Fire, Coldplay and Kanye West, along with a veritable horde of indie buzz acts (Foster the People, Fitz and the Tantrums, Cults), living legends Randy Newman, Mavis Staples and Wanda Jackson, and a smattering of Texas-reared favorites (from ACL Festival staples Asleep at the Wheel to the Court Yard Hounds, Hayes Carll, and up-and-comer Hudson Moore.) Next year’s model is set for Oct. 12-14.