In Profile: Angaleena Presley "Holler Annie" gets her due with American Middle Class 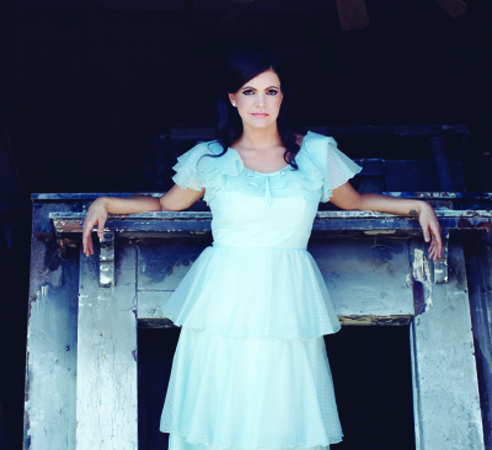 When country music’s Pistol Annies made their television debut in the spring of 2011, a few months before the release of their first album, Hell on Heels, and its title-track lead single, “Texas Annie” Miranda Lambert was by far the best-known member of the feisty trio. “Tennessee Annie” Ashley Monroe would be next, at least by the time she chased the Annie’s second album, 2013’s Annie Up, with her own critically acclaimed sophomore album, Like a Rose. That left “Holler Annie” Angaleena Presley as the sleeper in the bunch: although the Kentucky- native had more than a decade of songwriting experience in Nashville behind her and proved herself to be a powerful, sultry singer and often-times MVP contributor to both Pistol Annies records, outside of the group she remained largely unknown. 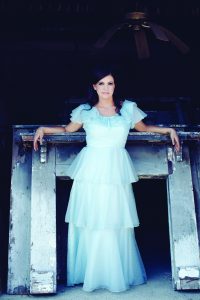 But not anymore. Ever since the October release of Presley’s solo debut, American Middle Class, the honey-voiced 38-year-old has finally been getting her own long-overdue turn in the spotlight, including some well-deserved spots on more than a few critic best-of-2014 lists. Obviously, Presley’s Pistol Annies affiliation certainly hasn’t hurt her profile and the album’s momentum. But it’s worth noting that such ripped- from-real-life tales as “Knocked Up” (an off-kilter ode to life as an unexpectant expectant mother) and “Pain Pills” (a raw and menacing yet somehow plucky take on the evils of pharmaceutical assistance) weren’t written to capitalize on the trio’s signature sound and devil-may-care attitude: These are the songs that got her that Annies gig in the first place.

“Most of the songs from my solo record were written before any of the Annies stuff,” Presley explains. “There were a couple of new tunes on my record, but most were pre-Annies and are what made Miranda and Ashley reach out to me.”

Consequently, the songs on American Middle Class, which Presley co-produced with her husband, Jordan Powell, by and large are drawn from her life and experiences from before fame started to catch up with her. The real-life coal miner’s daughter looked to her parents’ lives for inspiration, too — along with the stories of so many other Americans who, as she sings in the title track, posses a “hammer and nail between your heart and your hometown, so you can carry the country on your back.”

“I think the ‘class’ in America is really screwed up,” Presley says. “And that’s the real meaning of the song. Is it right that my dad worked 50 hours a week for 30 years in a coal mine risking death every day, only to barely be able to pay for the roof over our heads and the non-name brand shoes on our feet? And my mom worked full time and took care of three kids. The fact of having to struggle so hard and barely make it doesn’t seem right to me. We may have been ‘middle class’ on paper, but it felt like it was so close to crashing down all the time.”

As grim as that may sound, rest assured that Presley balances that sting with just the right amount of sunny resignation. In the aforementioned “Knocked Up,” the former single mother details the predicament with both believable authority and a spark of self-deprecating humor (singing about her “belly full of baby”) that feels far more authentic than just clever for clever’s sake. The album as a whole reflects the way Presley, much like so many other middle classers with similar life experiences (membership in a chart-topping country supergroup aside), has learned to roll through life’s funky ups and downs with gritty perseverance and more than a little stubborn optimism.

“It’s autobiographical, and I’ve been through a lot of hardships and do feel like the record maybe reflects more of those than the positive,” Presley admits. “But the beauty of where I come from is that we never quit looking for a positive. “I take things very seriously,” she continues, “but at the end of the day, there’s a ‘well, I tried!’ mentality. If you can’t laugh at yourself every now and then, it’s just not healthy.”