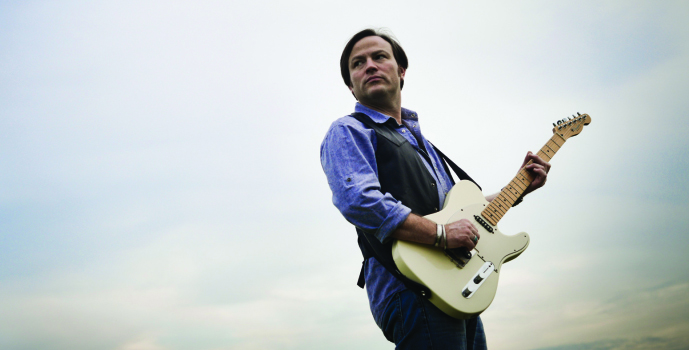 Adam Hood isn’t old, but he isn’t a young gun anymore, either. Long before the early November release of his latest album, Welcome to the Big World, the native of Opelika, Ala., was already a seasoned road-warrior and respected recording artist and songwriter, having spent years building a following throughout the South and finding a particularly solid toehold on the Texas/Red Dirt music scene, which has embraced him as one of its own for the better part of the last decade. His knack for twisting words into impeccable songs with hooks galore has served him well in Nashville, too, landing him tracks on such notable releases as Little Big Town’s Tornado (“Front Porch Thang”) and Lee Ann Womack’s recent Grammy-nominated comeback, The Way I’m Livin’ (“Same Kind of Different.”) 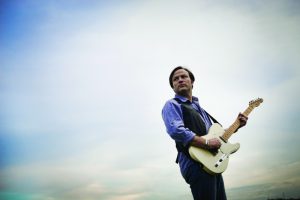 But six albums into his own recording career, Hood’s still evolving as an artist — and learning new ways to get the most out of his trademark soulful voice: specifically, by using it to speak out more in the studio.

“One thing I did on this record is give my input — I can admit it now,” he says. One would think that would be old hat for an independent artist who’s been making records since 2002, but the fact of the matter is, this was a first for him.

“With the other records, I just showed up with my songs and my guitar and let everybody do their job,” he explains. “And it worked and I’m proud of every record. But with this album, if I didn’t like the way something sounded, I said so. If I liked it, I said so.”

And that’s not a knock on the album’s producer, Texan Rachel Loy, either. “One big reason I did that was because Rachel asked me,” Hood continues. “I realize now that the question, ‘What do you think?’ is very important in the recording process.

“I have now built-up the self- confidence to decide what I want my music to sound like,” he adds, “and then do what it takes to make that happen.”

Hood’s decision to take a more active role in the decision-making this time around was particularly important when it came to recording the album’s most emotionally hefty tune, “He Did.” It’s an ode to his father, Larry, who died of cancer in 2010. Part of the reason it took Hood so long to not only write the song but commit it to record was because he wanted to make sure he got it down exactly the right way.

“I try to stay away from the sappy stuff in everything I write,” Hood says. “But that intention almost kept me from writing it at all. It took years to write that song, and I tried several times. Nobody said I had to write a song about my dad, but it’s one of those experiences in life that changes you and writing about it is part of the therapy. So I didn’t push it. Luckily, Jason Mizelle, the co-writer on that song, had the initial idea. Jason threw the title out and the song wrote itself!

dads in there,” he continues. “His dad was more the fix-it guy, and my dad smoked a pipe, not cigarettes. But my dad was an outdoorsman the likes of Hemingway, and he was particular about who manufactured the truck he drove, and he never went home the same way he came.”

The father’s wandering spirit clearly lives on in the son. Although Hood still makes his home in the Yellowhammer State (living in Northport, Ala., with his family), he’s no stranger to the road — returning time and again to his favorite clubs and bars throughout Louisiana, Oklahoma and especially Texas both to stay in front of his most loyal fans and to collaborate and play with the many musician friends he’s made over the years. Hood’s done some touring of late with Jason Eady (the duo billing themselves as the “Southern Brothers”), and Sunny Sweeney lends her Texas-sized twang to one of Welcome to the Big World’s most rocking tunes, “The Countriest.” He’s also sat in on a lot of song swaps, trading tunes and stories with everyone from up-and-comers to such established favorites as Walt Wilkins, Ryan Bingham, and Wade Bowen.

“I think those song swaps are essential,” Hood says. “Iron sharpens iron, and I can say whole-heartedly that Wade Bowen has an intensity toward his songs that I wish I had. I know that because I sat next to him on multiple occasions and watched it happen. I’ve learned something every time I’ve played a song swap, and usually made a friend by the time it’s over, too.”