In Profile: Aaron Watson "The Underdog" takes a stand for God and country (music) 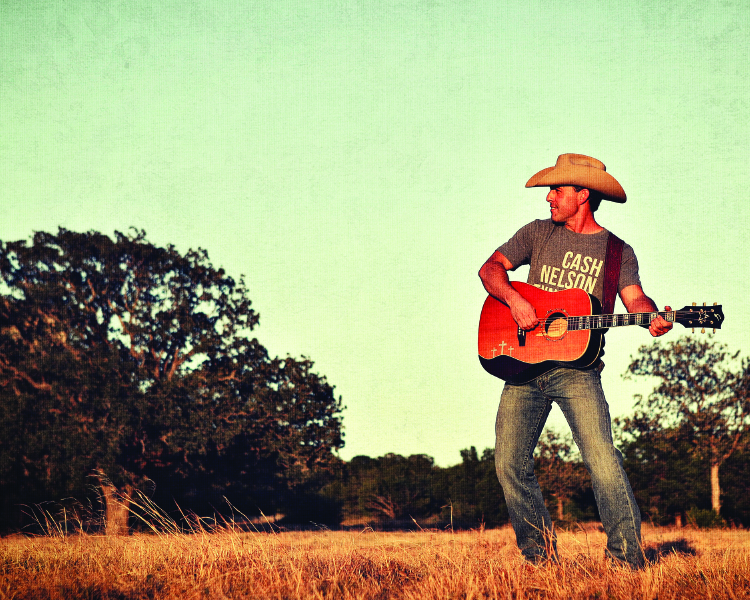 Don’t let the big smile and good ol’ boy accent fool you:  Aaron Watson can be a really serious fellow. He’s serious about his commitment to his family, his songwriting, and the legion of loyal fans he’s won over the course of his 15-year career as a proudly independent Texas honky-tonker, and really serious when it comes to discussing matters related to his Christian faith and the current state of country music.

“The world needs more Jesus, and that’s a fact,” says the native West Texan, who opens his latest album, The Underdog (out Feb. 17 on Big Label/Thirty Tigers), with a song called “The Prayer” about Johnny Cash’s come-to-Jesus moment, when the Man in Black found redemption at the end of his rope via the “Man in White.” It’s telling that Watson opted for putting that song first on the record over his original pick, a “Waylon Jennings on speed” tune called “Freight Train,” about his own life on the road. Because as hard as he’s worked over the years to build and maintain his career, Watson still credits the Big Guy first and foremost for all he’s achieved. And he’s got no reservations saying so. 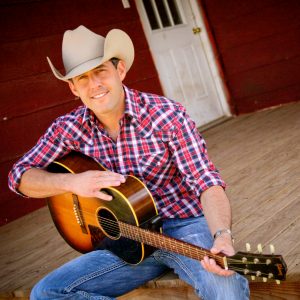 “If God is for me, than who can be against me?” he asks. “I never worry about criticism as a Christian, because I know that Jesus died on the cross, and I know that getting to make music is a blessing from him for me to have a positive impact on my fans three or four nights a week.”

Of course, it’s not as though Watson’s faith is a surprise to anyone who has paid attention. In 2007, he released Barbed Wire Halo, an album full of country gospel tunes. Fellow Texan Lyle Lovett was a fan of the record and made a point of telling him so, though Watson admits that his mettle has been tested more than once as he and his band have traversed a honky-tonk circuit that typically favors songs about sugar- shakers above miracle-makers.

“I won’t name the bar,” the married father of three relates from his home in Abilene, “but we were setting up at a huge, huge, huge venue one time, and the manager came to my road manager and asked if I wouldn’t talk so much about my faith in God because he didn’t think that’s what people were coming to the show for. I told my road manager to go tell the venue manager to worry about his employees and drink specials, and let me worry about my show. So, I may have added a bit of icing on the cake that that manager didn’t want me to add, but I was respectful about it. For me, it’s important that every night, the fans go home knowing that Jesus loves them.”

And judging from the size of his crowds — not to mention his success on the radio both across Texas and nationally, with his latest single, The Underdog’s “That Look,” debuting in the Top 50 on the Hot Country Songs chart — most of his fans don’t seem to mind. Especially not when Watson serves up his brand of testifying with such an irresistible helping of dancing- (and yes, drinking)-friendly classic honky-tonk the likes of which is getting harder and harder to come by in the mainstream. For Watson, it’s just a matter of honoring tradition, given that it was his Christian raising (he says his parents took him to church as a child “whether I liked it or not!”) that in large part led him to country music in the first place.

Watson knows, of course, that that ratio has tilted a bit over the years in favor of drinking and party songs, and the once close affiliation of gospel and country isn’t near as tight these days. And needless to say, he’s seriously irked by the hollow glitz that has taken over the genre. But instead of simply labeling all of the current Top 40 as “bro-country” and leaving it at that, Watson employs a theory that is equal parts philosophical and Webster-style logical.

“I’m saddened by how the country music on country radio isn’t country anymore,” he says. “Think about it: if you take the mandolin, banjo and acoustic guitar away from bluegrass music, is it bluegrass anymore? If a rapper doesn’t rap in a song, is it still rap? The formula for country music now is to take away the fiddle, take away the steel guitar, and put a bunch of rock ‘n’ roll guitars in with guys wearing skinny jeans and t-shirts that are four sizes too small for them. And I know that if everyone sounded and looked the same as I do, the world would be a boring place, but we have to open our eyes and admit that what’s popular now isn’t country music.”

While Watson’s catalog features its own fair share of rowdy guitars, it only takes a cursory listen to any of his albums to hear the authentic twang and plain-spoken sincerity in his country music. And that’s as true on The Underdog as it was on his 1999 debut, even though his latest finds him collaborating with one of the hottest producers in Nashville today. But that producer, Keith Stegall, has a strong track record of working with artists like Watson who know from real country. In addition to producing records Alan Jackson, the Zac Brown Band, and the late George Jones, Stegall has also had considerable success as a songwriter, co-writing a number of hits including George Strait’s chart-topping “I Hate Everything.”

Not surprisingly, Watson credits Stegall for “opening my eyes to a bigger, better work ethic,” resulting in not just his most confident and strongest album to date, but a heightened sense of purpose in terms of his career.

“I’m in my mid 30s, putting out my 12th album, and I feel like I’m just hitting my stride,” Watson enthuses. “I just now feel like I’m getting started, and that’s really exciting.”