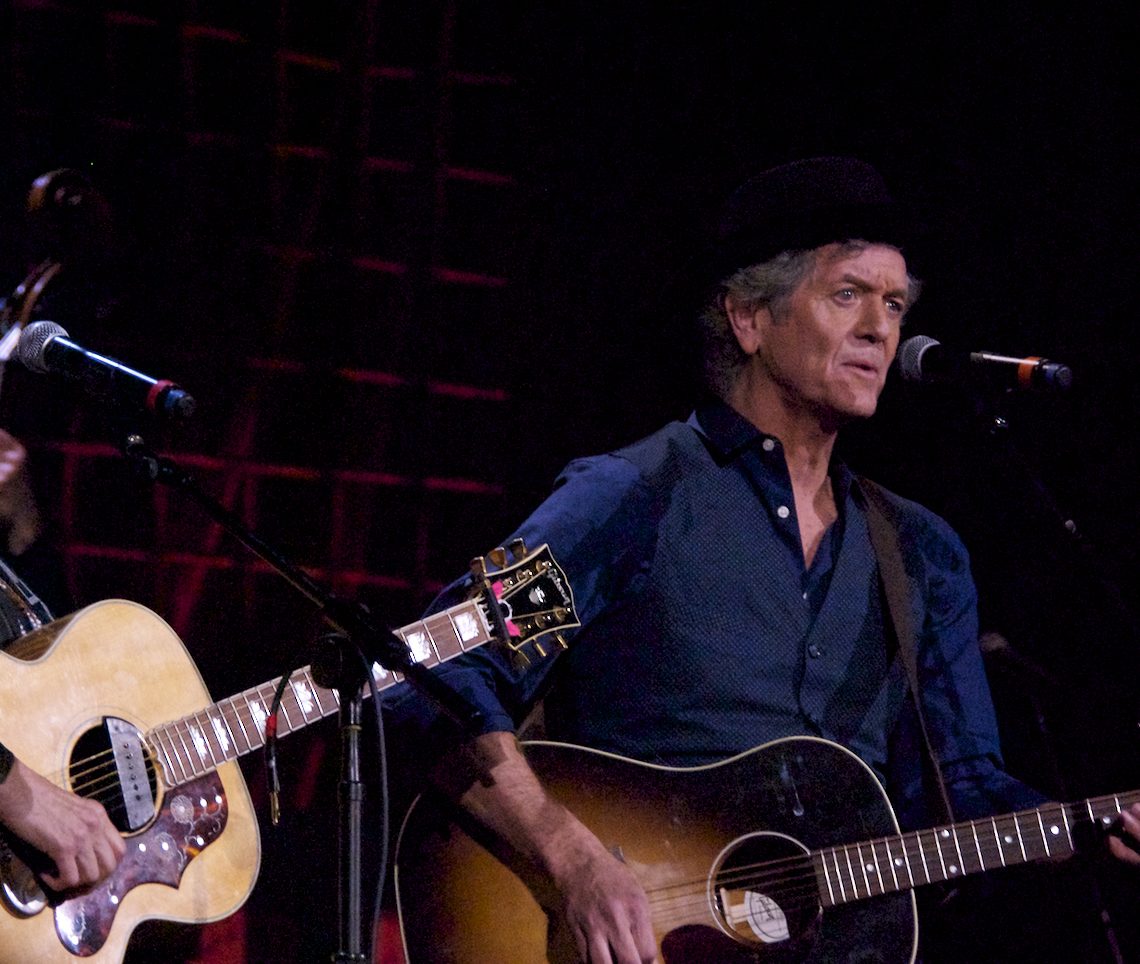 Album of the Year and Duo/Group of the Year winners Emmylou Harris and Rodney Crowell. (Photo by Lynne Margolis)

From Mumford & Sons’ Album of the Year Grammy Award to the Coen Brothers’ folk-filled, T Bone Burnett-soundtracked film, Inside Llewyn Davis, 2013 sure seemed like the Year of Americana. And nowhere was that more evident than during the Americana Music Association’s Festival & Conference, held Sept. 16-22 in Nashville.

In its 14th year, the event experienced an adolescent growth spurt — in both attendance (1,500 registered conference goers represented a 20 percent increase over 2012 — and that doesn’t include festival wristband buyers) and configuration. For the first time, events spilled into East Nashville (where Lone Star Music’s bash at the Groove record store featured Amanda Shires, the Bottle Rockets and Mike Stinson), and the 12th annual Honors & Awards show sold out the Ryman Auditorium. 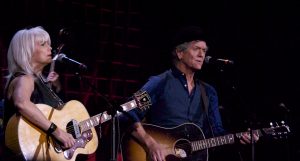 Album of the Year and Duo/Group of the Year winners Emmylou Harris and Rodney Crowell. (Photo by Lynne Margolis)

That guy from The Office and The Hangover — aka banjo-loving actor Ed Helms — presenting Old Crow Medicine Show with the AMA’s Trailblazer Award. (Photo by Lynne Margolis) 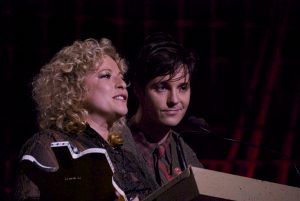 “I’m going to do the best thing that anyone called an icon can do — shut up and sing,” Stills said. Then he delivered an incendiary “For What It’s Worth” with Kenny Wayne Shepherd and presenter/Buffalo Springfield bandmate Richie Furay, giving a momentary break to the all-star house band led by Buddy Miller (aka executive music producer of ABC-TV’s Nashville).

“That was an out-of-body exper-ience,” Rosanne Cash said afterward. They happen often at the AMA’s annual gathering, at which events such as Ed Helms’ the Bluegrass Situation Midnight Windup continue to celebrate legends and nurture newcomers in the folk, blues, bluegrass, and country traditions that form Americana’s roots. And for now, at least, it’s still intimate and democratic enough to make sitting next to the main Nashville-AMA music man at the Sunday-morning gospel brunch no more unusual than eating waffles with chicken.

Next post CMAs crown George Strait Entertainer of the Year