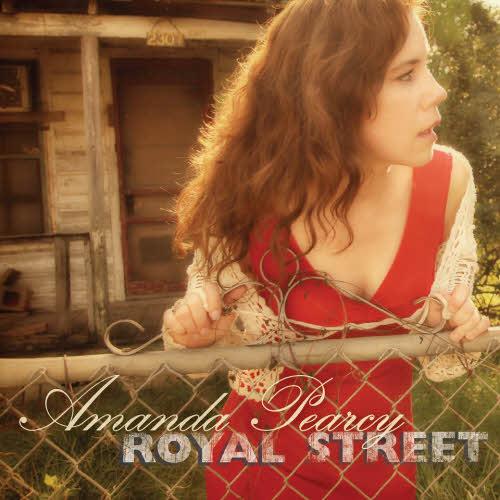 The Cliff’s Notes version of Amanda Pearcy’s hardscrabble life story, as told in the bio on her website, reads like the premise for a better-than-average Lifetime original movie — or, in the right hands, like say a 20-years-younger Sissy Spacek or Sally Field — a bona fide Oscar contender. But between the richly hued, smoky beauty of her voice and the striking, evocative images she paints in words and starkly haunting melodies, the Houston-born, Austin-based Pearcy hardly needs the Hollywood treatment (or budget) to translate her experiences into heartrendingly arresting art. Her sophomore album, Royal Street, recorded in Nashville with producer Tim Lorsch and funded through the finishing stages via a modest Kickstarter campaign, is a quiet storm of “a thousand tender recollections” that plays like a long, wistful sigh arching towards wisdom. In “Barking Dogs,” Pearcy sings of escaping the siren call of a lover’s memory by fleeing south of the border, “past nothing for miles but victims’ bones/where things are quiet and I won’t hear.” But as she concedes in another song, “Sad memories, like ivy vines/they don’t easily unbind.” Ultimately, succor comes from within, with songs like “Nickel in the Vase” and “Ordinary Lives” reflecting a hard-earned understanding that in lieu of perfect happy endings, resilience is its own reward. Albums like Royal Street are the proof. — RICHARD SKANSE