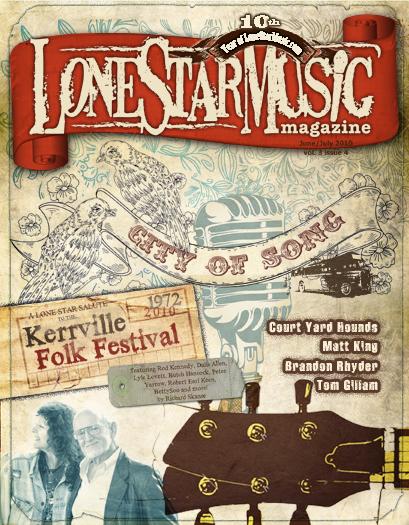 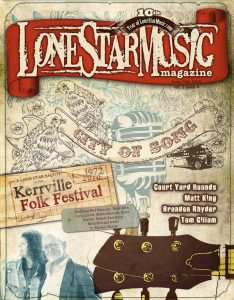 Jimmie Dale Gilmore’s “After Awhile” was the very first CD I bought during my freshman year at Trinity University in San Antonio. I’m sure of this, as Gilmore was playing Gruene Hall the night our R.A. rounded a bunch of us up for a night of “kicker dancing.” Now, this Skanse don’t dance, and I wasn’t much into country music back in the fall of ’91, but I didn’t have a car that semester so I wasn’t about to turn down a trip off campus. I can’t remember if anyone in our group actually danced that night, but I do remember being blown away by Gilmore. His otherworldly voice and songs connected with me on a level unlike any other artist I’d ever heard before apart from Nanci Griffith, whose music I’d somehow discovered on my own in high school way out west in El Paso.

For me, Gilmore and Griffith were the first two seeds in what would later grow into a full-blown obsession with truly exceptional Texas singer-songwriters. The point of no return came in the summer of ’96, when almost all at once I became enlightened to the music of Lyle Lovett (via The Road to Ensenada), Joe Ely (via another magic night at Gruene Hall followed by the purchase of Letter to Laredo and Live at Liberty Lunch) and a terrific young artist named Terri Hendrix, who had just released her debut, Two Dollar Shoes. To say all five of these artists have had a profound effect on my life would be an understatement; if not for them, I most certainly would not have spent most of the last 10 years working for a magazine called Texas Music, nor would I be where I am today, proudly editing my first issue of this magazine, LoneStarMusic.

Griffith, Gilmore, Lovett, Ely and Hendrix all share something above and beyond just their Texas roots and collective effect on me, though, and that is that they are all part of the rich heritage of the Kerrville Folk Festival. That means they all write, sing and share what festival founder Rod Kennedy likes to call “music from the heart” — the kind of music that has attracted thousands upon thousands of happy “Kerrverts” out to the Texas Hill Country now for 39 years. That our salute to Kerrville in this issue comes a year too early to break out the “Happy 40th Anniversary” banners was intentional: We wanted to honor and recognize the spirit of the festival and the people that make it so special, not just a big, even-numbered birthday.

All through the planning and production of this issue, I’ve thought a lot about Kennedy’s commitment to celebrating “music from the heart” — not just in regards to the Kerrville features, but the way it sums up our own sense of purpose here at LoneStarMusic. I’m new to this particular family, but from day one I’ve felt invigorated to be part of a team so overwhelmingly passionate about music and driven to share that enthusiasm in a manner quite unlike any other music magazine I’ve ever been apart of or even read as a fan. Much like the new and greatly improved LoneStarMusic.com website launching in June (replete with tons of new downloadable content, video, enhanced interaction and artist-specific social media features), this magazine has undergone a top-to-bottom redesign that I hope — nay, know — will make even longtime readers sit up and go whoa. Inspired by graphic designer Melissa Webb, whose artistic flair makes every page pop with life and color, our goal is make every word on those pages do the same. In fact, I like to think of this not as a music magazine in the conventional sense, but rather as a lively forum for certifiable music fanatics — kind of like the ones found in British author Nick Hornby’s wonderful comic novel, High Fidelity. To that end, you’ll find not only feature stories, record reviews and artist Q&As spotlighting the Texas/Red Dirt roots music scene in all of its eclectic splendor, but regular columns from such diverse voices as the aforementioned Hendrix, beloved Hill Country raconteur Al Barlow and “Roadhouse Ranter” Chris Mosser, among others every bit as colorful.

Oh, and if now and then you ever find us raving about an artist or record from outside the Texas and/or Oklahoma state lines, well, rest assured that’ll be coming from the heart, too. Because let’s face it: if you can’t follow your heart and play by (and sometimes break) your own rules — what’s the point in calling yourself a Lone Star?