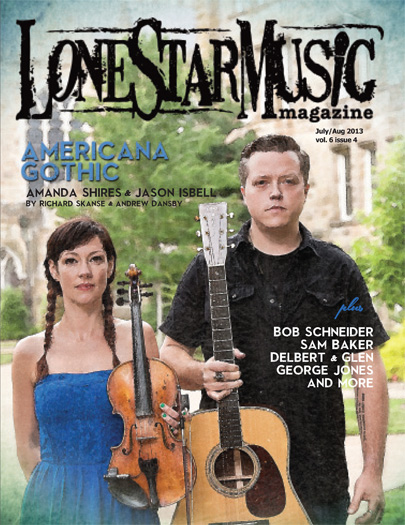 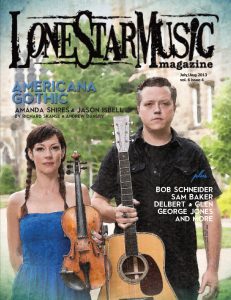 Between putting together this magazine, running a record store, and just being a bunch of frightfully obsessive music fanatics, we hear and talk about a lot of records here at Lone Star Music headquarters. And as can be expected anytime two or more highly opinionated types get around to discussing such important matters as, say, which Townes Van Zandt song or album is the best Townes Van Zandt song or album, very rarely do we all reach a unanimous consensus (even though common sense would dictate that I am always right.) But something funny happened on our way to getting this issue ready for the printer. One by one, every last one of us went stark, raving mad for the same impossibly perfect, gut-wrenching Jason Isbell song: “Elephant,” from his new album Southeastern.

“I’ve gotta call ‘Elephant’ the best song in the last three-to-four years,” declared LSM owner Zach Jennings over Skype, bumping it up from his initial ranking (merely best of 2013) only hours before. “I’ve listened to this song maybe 75 times today … “

“I was passively listening to Isbell’s album,” enthused Shilah Morrow upon seeing the thread, “and ‘Elephant’ was absolutely the song that grabbed me by my braids and threw me across the room!”

I responded in absurd preaching-to-the-choir mode, quoting first one of the song’s lyrics, then another and another until I’d pretty much typed out the whole thing — pausing only to find a YouTube clip of Isbell performing “Elephant” for SiriusXM Outlaw Country and posting it to Facebook. Two more members of the LSM family chimed in within minutes. “There are so many reasons why this song makes me tear up,” commented Lauren Meckel. “I am telling you, it kills me!” confessed Kellea Goebel. “I can’t handle it.”

Hell, even Melissa Webb got enthusiastically behind this song, and I can count on one hand the number of times we’ve seen completely eye-to-eye in regards to music over the three years that we’ve worked together. Bottom line: Isbell’s “Elephant” knocked all of us flat on our behinds. Then it backed up over us for good measure and crushed us flat.

“And if you think ‘Elephant’ and Southeastern are great,” I told the rest of the crew, “just wait till y’all hear his wife’s new record. Oh, and Sam Baker’s new one, too!”

Isbell and “his wife,” the equally talented Amanda Shires (whose Down Fell the Doves album releases on Aug. 6) are our two cover artists this month, with separate features given to both of them. The inimitable Baker is profiled, too, along with Delbert & Glen (aka the legendary Delbert McClinton and Glen Clark), plus rising stars the Warren Hood Band, Courtney Patton and Bonnie Whitmore. We also corner the constantly moving Bob Schneider long enough for a round of Q&A, and salute the musical legacy of the late George Jones with both a Mr. Record Man full-career overview and a Wax Poetic installment by guest columnist Jason Eady (who paid moving tribute to Jones by singing “He Stopped Loving Her Today” with the aforementioned Courtney Patton at our Lone Star Music Awards back in April.)

Add to all of that the fistfuls of new releases covered back in our reviews section (including the latest from the Court Yard Hounds), and I promise — no, make that, guarantee — that if you read this issue front to back, you will be turned onto something new (or maybe even old but new to you) that will rock your world, make your summer, or maybe even utterly devastate you — in the way only a truly great song can.