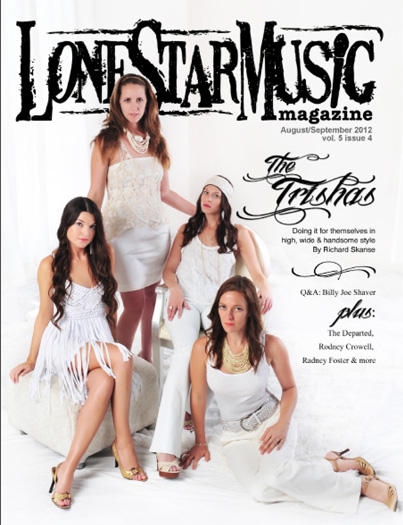 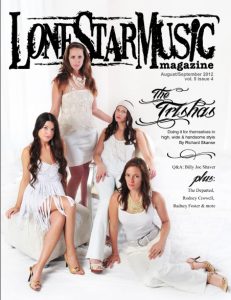 I may have named this column after a Jimmie Dale Gilmore album, and have long revered the collected works of guys like Joe Ely, Alejandro Escovedo, and Billy Joe Shaver (among many other notable Texas legends), but when it comes right down to it, my biggest heroes when it comes to singer-songwriters of the Americana persuasion have always been women.

It started my freshman year of college, when an album by Ireland’s the Chieftains introduced me to one Nanci Griffith. Shortly thereafter, the video for an irresistible song called “Round of Blues” propelled me to the nearest record store to buy Shawn Colvin’s second album, Fat City (and about a week later, back again to pick up her debut, Steady On). There was just something about the female voice that struck a chord with me, mainlining the lyrics straight to my heart and subsequently heightening my appreciation for great songwriting, period. That went a long ways toward prepping me for my discovery of and enthrallment with all of the aforementioned dudes (along with others, like Lyle Lovett, Steve Earle, and of course Guy Clark and Townes Van Zandt) through the rest of the ’90s, but it was still always the women artists that hit me the hardest: from then-newcomer Terri Hendrix to seasoned vet Lucinda Williams. And of course I loved (and still do) those Dixie Chicks; even before they started writing most of their own songs, I cheered them for grabbing mainstream country music by the balls, with two sisters who could give any session pro in Nashville a run for the money and a fireball of a lead singer with a voice as big as Texas and fearless sass to match. 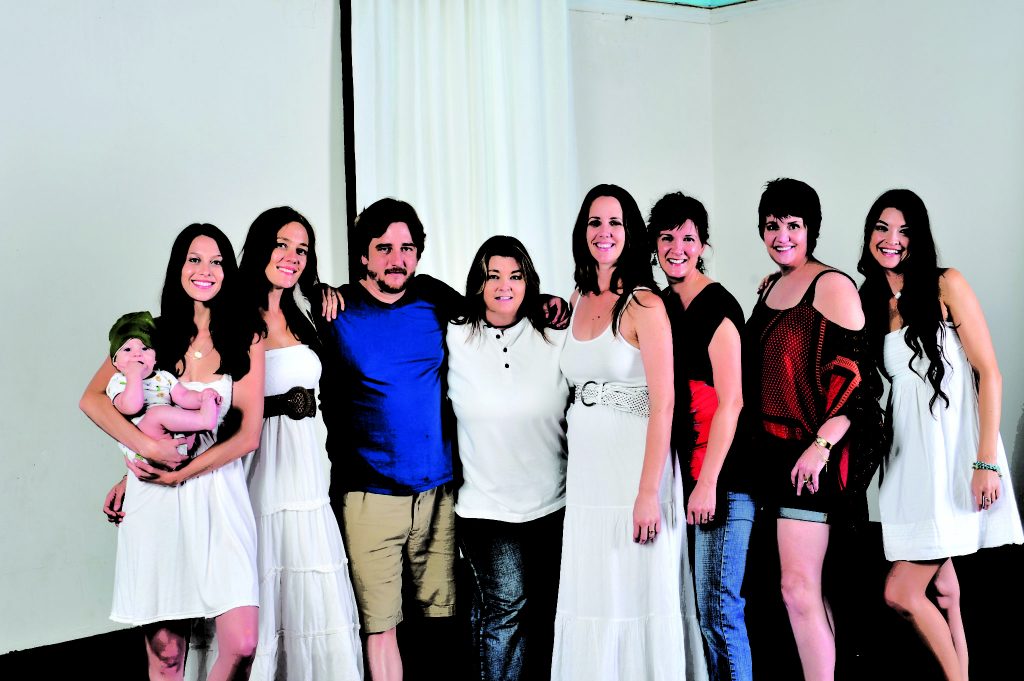 Between LoneStarMusic and the time I put in at my last magazine gig (Texas Music), I’ve been immersed in covering the Texas and broader Americana scene now for the better part of the last 12 years. In that time I’ve added a host of other talented Texas women artists to my favorites list — far more, certainly, than you’ll find on the bills of most “Texas music” festivals. But other than the Dixie Chicks, there hasn’t been another band of Texas women that’s come along in the last decade-plus as loaded with talent and promise as the Trishas (actually, I can’t think of another band of Texas women, period — but two-for-two being this good ain’t a bad start.) Should Jamie Wilson, Kelley Mickwee, Liz Foster and Savannah Welch ever split up and pursue four separate solo careers, I have no doubt that they’ll each continue to produce very fine music; but here’s hoping they stay together for a good long haul, because their debut full-length, High, Wide & Handsome, brings a cool breath of fresh air to this scene and heralds the true arrival of a group I’d like to hear a whole lot more from in the years to come.

Along with our cover story on the Trishas, we’ve got a bunch of other wonderful artists featured in this issue — ranging from our Q&A with Billy Joe Shaver and features on Rodney Crowell and Radney Foster to news on the next Departed album and the reunited Mavericks and columns by the aforementioned Miss Hendrix (paying tribute to the late Susanna Clark in her regular “Rock the Goat” column) as well as Walt Wilkins (“Heartworn Highways”) and Adam Carroll (“Wax Poetic,” our new forum for guest artists to write about their all-time favorite records).

Speaking of favorite records … things are moving full-speed ahead here at Lone Star Music headquarters towards the launch of our new record store in San Marcos, Texas. We’re on track to open our doors in late August or early September, right in time for the start of the new school year at Texas State University (which we’ll be right across the street from at 202 University Drive, in the space formerly occupied by the late, great Sundance Records). We’ve got a ton of cool surprises planned that we can’t wait to unveil, but here’s what I can tell you now: the new store — which will be called (drumroll, please) Superfly’s Lone Star Music Emporium — will carry all of the Texas, Red Dirt, and Americana artists that Lone Star Music has stocked since day one, plus an eclectic selection of music from other genres and a tons of vinyl, new and old. Not to mention a wide array of gifts and even custom-made, screen-printed T-shirts. I’m gonna go ahead and go on record promising it’ll be one of the coolest if not the coolest retail store and hang-spot in San Marcos (which is already my favorite town in all of Texas.)

One last bit of news before I wrap up here. For the second year in a row, Lone Star Music will be sending an intrepid team of representatives to Nashville in September for the big Americana Music Festival & Conference (Sept. 12-15). On Saturday, Sept. 15, we’ll be hosting our own late-afternoon showcase at a venue to be announced soon on our website and Facebook page, and the lineup, I dare say, is one of the best we’ve ever put together for one of our events: the Trishas, John Fullbright, Jesse Dayton and Kinky Friedman (performing together for the first time ever), and the Turnpike Troubadours. Stay tuned for more details, and if you happen to be in the 615 that weekend — come on down and get Kinky with us!