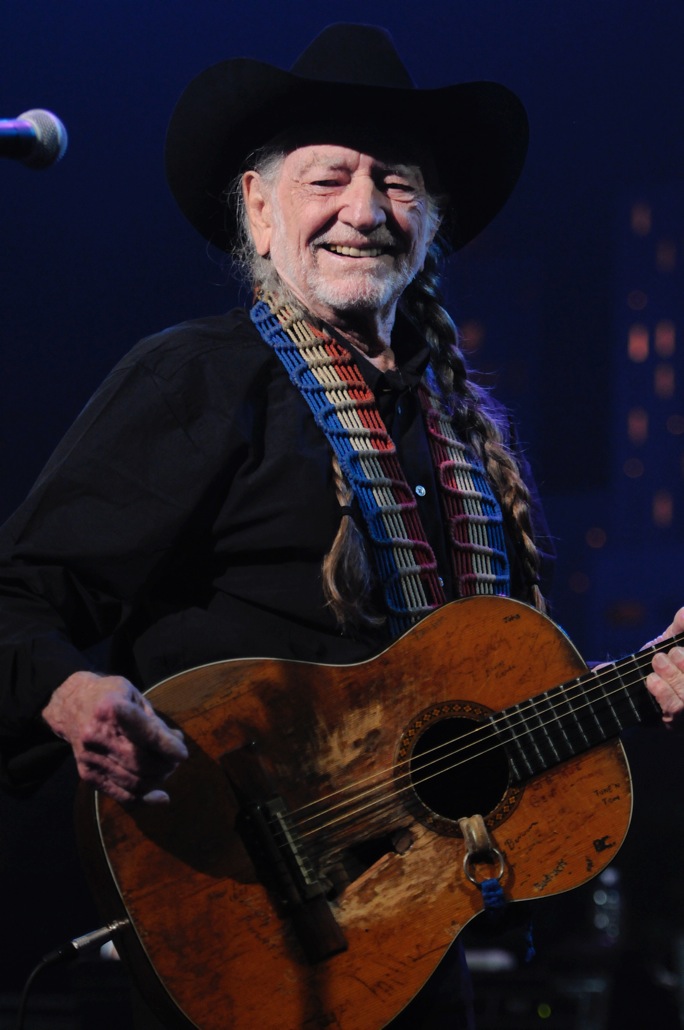 As he sliced through a throng of people nibbling hors d’oeuvres and sipping cocktails at KLRU-TV’s Studio 6A, made famous as the spot where Austin City Limits taped so many of its 40 seasons, Double Trouble drummer Chris Layton said, “I feel like I’ve just come back home.” 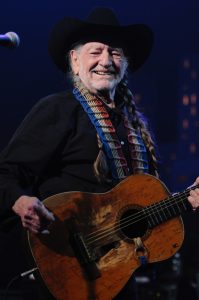 For Layton, bassist Tommy Shannon and keyboardist Reese Wynans, who joined their late bandleader, Stevie Ray Vaughan, in the first group of inductees to the new Austin City Limits Hall of Fame on April 26, it was more like coming full circle. With fellow inductees Willie Nelson, founding ACL executive producer Bill Arhos and the late University of Texas Longhorns football coach Darrell Royal, Vaughan and Double Trouble helped make not only the show, but Austin itself, world renowned.

Now celebrating its 40th anniversary, Austin City Limits lays claim to being the longest-running music program in television history. Nelson performed on the 1974 pilot, which helped Arhos convince skeptical PBS programmers the show was worth picking up, and Royal, whose early support drew artists such as Merle Haggard and George Jones to the stage, helped it gain a national audience. Vaughan and Double Trouble, of course, drew viewers who’d previously regarded the show as only a country-music showcase.

The ceremony and performances, and a follow-up event on June 26 at ACL Live at the Moody Theater, where the show is now taped, will be turned into a two-hour anniversary special for likely November airing. Talent announced so far for the June show includes Gary Clark Jr., Jimmie Vaughan, Sheryl Crow, Kris Kristofferson and John Mayer; Jeff Bridges will emcee. KLRU-TV CEO and general manager Bill Stotesbery said the ACL Hall of Fame itself will open around then at the Moody Theater. A growing timeline of every artist who has performed on the show al- ready covers a hallway wall there, and a gallery contains the work of longtime ACL photographer Scott Newton. As for future inductees, Stotesbery said, “Right now, we’re looking at the obvious inductions, the people who were most important to getting the show started. As we go for- ward, it’ll be contributions to the show, significance of the artist and importance of that episode in the history of the show.” Both the show and its original studio, in UT’s Communications Building B, have been designated as an official landmark by the Rock and Roll Hall of Fame, though surprisingly, Vaughan and Double Trouble, who gave electric blues a much-needed jolt of energy in the 1980s, are not yet in that hall of fame.

They were, however, feted in fine style at Studio 6A, along with their fellow inductees. (Vaughan also will be the subject of an exhibit titled “Pride & Joy: The Texas Blues of Stevie Ray Vaughan,” opening June 12 at the Grammy Museum at L.A. Live.) Nelson performed with Lyle Lovett and Emmylou Harris before Matthew McConaughey’s induction speech, in which he noted, “There really would be no Aus- tin City Limits without Willie Nelson, all right? It’s as simple as that.”

Accepting the honor, Nelson commented, “I’ve said it a hundred times or more; Austin is the best thing that hap- pened to music. Austin is where music comes together.”

Executive producer/host Terry Lickona inducted the now-retired Arhos, saying, “If Willie is in many ways the heart of Austin City Limits, Bill Arhos was the driving force, the spirit that kept the show going.”

Noting he’s the only inductee without a statue, Arhos told a story about Nelson’s 2006 pot bust, earning a huge laugh. Retired Longhorns Coach Mack Brown inducted Royal, calling him “One of the first and biggest fans of Austin City Limits.” Lickona said Royal’s famed pickin’ parties inspired ACL’s songwriter-session episodes, and Royal’s widow, Edith Royal, added, “He loved his family, he loved football and he loved music, more than anything.”

Jimmie Vaughan was on the road touring, but taped a thank-you for his late brother. And Layton added, “Stevie is still here. He’s here in this building. … This place is home. It feels great to be back on this stage.”

Then he, Shannon, and Wynans called out one blues star after another: Kenny Wayne Shepherd, Mike Farris, Doyle Bramhall II (who played “Change It,” which his father wrote for Vaughan), Robert Randolph Jr. and Buddy Guy. For the finale, “Texas Flood,” the stage supported Double Trouble, Nelson and his son Lukas, Lovett, Bramhall, Guy, Shepherd and Nel- son’s harmonica player, Mickey Raphael.

That kind of star power, a reflection of 40 years of Austin City Limits talent, sug-gests ACL’s Hall of Fame will one day stand as tall as the Rock and Roll or Country Music halls of fame. For these inductees at least, it’s the perfect home.