Real women, real songs — lots and lots of songs Cary Cooper gave herself and 21 of her female songwriter peers a challenge: write a song a week for 52 weeks, and share them — warts and all, finished or not — on the Internet. 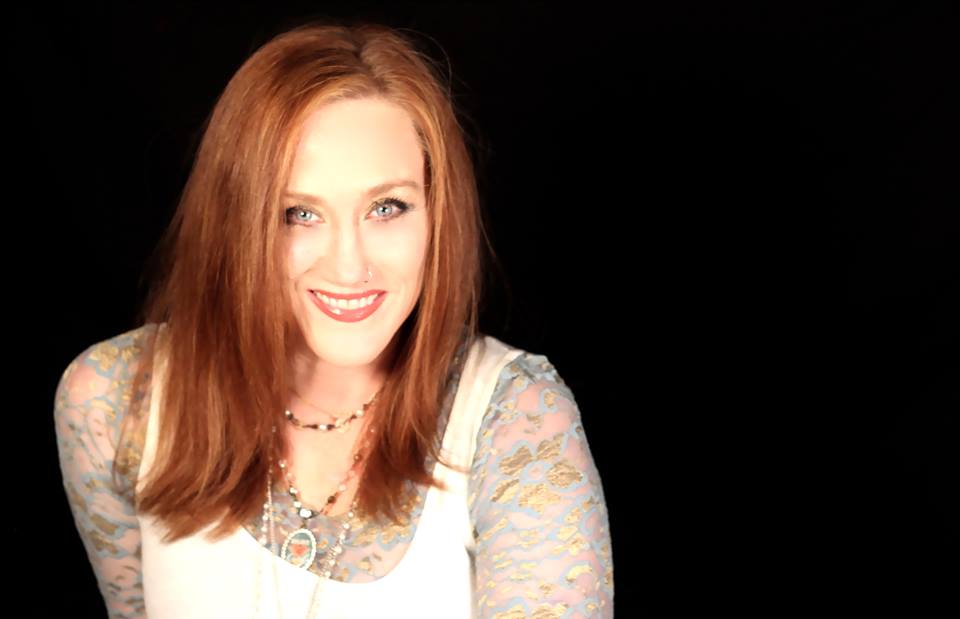 On the top shelf of a bookcase in Cary Cooper’s living room in Dallas sits an ordinary bowl filled with 52 cut-up pieces of paper, each with a seemingly ordinary word written on it. Words like “panic,” “vulnerable,” “joyful,” “envious,” “thoughtful,” “puzzled,” “negative,” and “demure,” all taken from a therapist’s chart of human feelings. But that bowl and those 52 pieces of paper are kind of magic, because by year’s end they will have sparked well over a 1,000 brand new songs by a dedicated group of 22 talented women songwriters from around the country. What’s more, every single one of those songs will be shared with the world on YouTube. 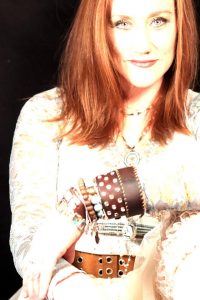 Cooper, the keeper of the bowl and the ringleader of the group, first started the “RealWomenRealSongs” project a year ago — inspired by a YouTube collaboration that her 12-year-old daughter was participating in with other tweens. “Each week they would have a theme and they would post a video they made based on whatever the theme was,” Cooper says. “And one day my daughter said, ‘Mom, you should do this with your songwriter friends and write songs!’ So I just kind of started with some friends of mine for the first season, and I didn’t know if we would manage to pull it off, but we ended up making it through the whole year. After that ended I took a three-month break before starting this season, but I had already started recruiting people.”

Including Cooper, nine of the women participating in this year’s RWRS project were either born in or live in Texas: Terri Hendrix, BettySoo, Sara Hickman, Connie Mims, Stephanie Macias (aka Little Brave), Kate Hearne, Lisa Markley, and Ellis (now based in Minneapolis). Lucy Wainwright Roche, Dorit, Honor Finnegan, Natalie York, and Annika (at 16, the youngest member of the group) all live in or around New York City. The rest of the group is made up of Alice Peacock (Nashville), Megan Burtt (Denver), Anne Vogelzang (Madison, Wis.), Tracey Grammer (Doylestown, Pa.), Tylan Greenstein and Ingrid Elizabeth (Berkley, Calif.), and sister-in-laws Emily and Hope Dunbar of Nebraska. Cooper assigned each of the 21 other women a set day of the week on which to submit their songs (three women a day, seven days a week for 52 weeks), leaving herself as a “floater” to post her song on whatever day it was needed to fill a hole; invariably, sometimes life and/ or touring schedules can get in the way and a participant has to sit a week out — though at 18 weeks into the project most all of them had stayed diligently on track.

“What’s funny is, you kind of learn everyone’s personalities by how and when they turn their songs in,” observes Cooper, who collects the submissions via DropBox and spends at least an hour a day uploading them all herself to YouTube. “There are some who are very regular and turn their songs in like two or three days early, and there are some I know not to expect to hear from until right at midnight the day that their songs are due. And then others are emailing me weekly saying ‘Oh my god, I’m so sorry, I’m going to be late again!’ And it’s typically the same ones in each category.” (She credits the Dunbar sisters, both schoolteachers, for being the most reliably punctual, but tactfully declines — with a laugh — to name the most chronic procrastinators.) 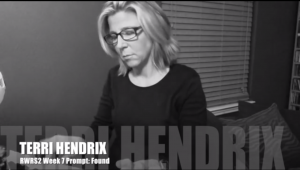 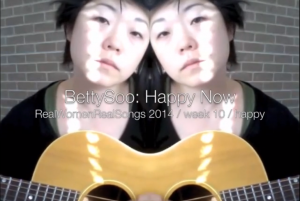 Regardless of their variable time management skills and busy schedules, though, it’s not really the weekly deadline that proves the most challenging aspect of the project for many of the women involved — just as it’s not the task of writing songs on demand based a shared prompt or theme that makes RealWomenRealSongs unique (it’s hardly the first songwriter pool built around that concept.) What sets RWRS apart and really tests the writers’ commitment is the fact that rather than just sharing their work with each other via email or private get-togethers, they record videos of their songs knowing that each and every one of them will be posted online. And if you think that’s not a big deal for even seasoned artists who make their living sharing their art in public, guess again.

“Sharing the songs on YouTube is tough,” admits Terri Hendrix. “I’m a perfectionist, and some of my songs are not always ‘done’ when they’re turned in — they are more or less ideas. I end up making the deadline, but sharing those songs with a huge audience is challenging.” BettySoo seconds that. “It’s definitely scary uploading a video each week and knowing that very early version of a song that I might not ever choose to perform again will live on the Internet forever,” she says. “Forever.” Sara Hickman even addressed that paranoia directly in her playful, beat-poet style submission for Week 11’s prompt, “Panic.” 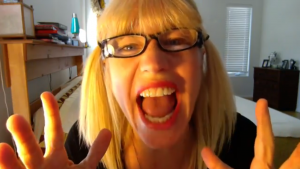 But despite — or perhaps even in spite of — such reservations about sharing some of their songs with the public sooner than they’d like (if at all), many of the women have embraced the challenge by trying out different instruments and even musical styles outside of their usual comfort zones — or at least the ones they’re best known for. The rule with RWRS is, anything goes.

“I imagine I am not unlike many artists in that I write in a number of styles at home, but not all of those songs make it onto albums because they don’t fit the theme, genre, instrumentation, etc., of an album I’m recording,” notes BettySoo. “But I think the nature of this project does give more permission to put whatever we’re writing out there, even if it’s not exactly what people are expecting from us.”

Among the surprises so far have been Cooper showing off her schoolyard “cup song” skills in her Week 3 (“Demure”) submission, and Hendrix — best known for playing guitar, mandolin, and harmonica — sitting down at a piano for her Week 7 “Found” song. BettySoo has incorporated loops and her own multi-tracked backing vocals in some of her RWRS videos, and Hendrix also went full-on techno for Week 10’s prompt, “Happy.”

“When you’re writing on deadline and need to turn in a song a week, it makes you think outside of the box,” says Hendrix, who’s actually expressed interest in recording an electronica album for years. “I had a blast with ‘Happy,’ but it was tough because I looped all these various recordings I have of people talking, and I was just about done with it when I hit one wrong button and deleted the entire piece. I was never able to get it exactly like I wanted it, but I finished it. That’s one I plan on continuing to work on, though — I still hear it the way it should be and it bothers me that it’s not that way … yet.”

BettySoo says she has a “gut feeling” that some of her RWRS songs may make it onto one of her albums down the road, “whether in their current form or edited,” and doubtless more than a few of the other women’s songs will, too. But stockpiling material really doesn’t seem to be the main objective for anyone involved.

“For us the whole purpose is not only to write a lot, but also to be vulnerable and share the creative process with other people,” Cooper says. “The hope is that we inspire other people on their own creative journeys, no matter what they are and not necessarily just songwriting. We have a public RealWomenRealSongs page on Facebook, and I love that we have a photographer who posts photos on there weekly based on the prompt themes, and there’s also a visual artist who is making these really awesome collages. And we have a number of people who aren’t officially involved in the project but who follow the prompts and post songs to their own YouTube pages and share the links with us on Facebook. It’s been really neat to watch it evolve like that.”

In addition to their weekly song submissions, each of the 22 women in the group has also been recording monthly video blogs. Those haven’t been posted publically yet, but Cooper plans to compile and edit them together into a RWRS documentary at the end of the year. After that, she’ll begin the adventure all over again with a new group of writers for RWRS’ third season. “I already have people expressing interest, saying ‘I want to be a part of it next time,’” Cooper says. “So I think it’s definitely caught on.”

“This project brought me out of a long dry spell, and a creative fire feels good,” enthuses Hendrix. “I’m also a fan now of every woman in the group. It’s a sisterhood of good women, and every artist is unique. Cary is doing a really special thing here. It’s taking a whole lot of her time, but I hope the sisterhood she’s created makes her feel good.”