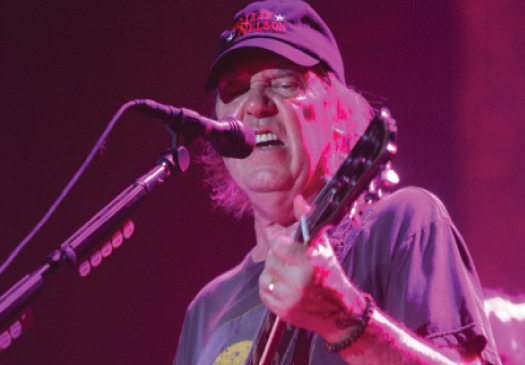 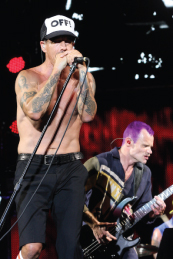 Even before the Red Hot Chili Peppers played the final notes of the 11th annual Austin City Limits Music Festival back in October, fans and promoter C3 Presents were already talking about this year’s event, which will offer double the music by expanding to two October weekends.

Taking a cue from California’s Coachella Valley Music and Arts Festival, ACL Fest will book the same lineup both weekends — Oct. 4-6 and 11-13 — “with some surprises,” according to C3. With many of the bands staying in Austin between weekends, it’s likely the now-traditional after-show performances will expand to more nights as well.

“We have so many fans of the festival who have not been able to get tickets because it’s been selling out so quickly,” says C3 Presents marketing director Lisa Hickey. This year, C3 intends to expand marketing efforts far beyond Texas, too. Meanwhile, the company has eliminated single-day passes, meaning all festivalgoers — 75,000 per day — must purchase three-day passes for either weekend. The current cost is $225 each for general admission. VIP passes also are available for $1,050, and for those who really want to be treated like rock stars, platinum passes allow access to just about everywhere but the stages themselves — including the artist lounge.

And more traffic, too, though as a condition of extending the festival, C3 is expected to double its donation to the Austin’s Parks and Recreation Department, which was $1.4 million in 2011 (not counting restoration of the festival-decimated Zilker Park lawn). The festival reports that in 2011, ACL Fest impacted the city to the tune of $106 million.

Hickey hints that “non-music-festival-related” events will be planned “that might make it feel like a little bit more of a creative destination.” Without getting specific, she suggested some might take a cue from South By Southwest, which might mean panel discussions, film screenings and — most likely — at least a few sponsored parties featuring ACL talent. Area recording studios might wind up benefiting as well; for bands hanging out in town, the stretch between weekends might offer prime time for collaborating with wish-list players or new friends.

As for acts that can’t afford to take a week off the road (lodging is not part of the deal for m ost bands, Hickey says), they should be able to perform in surrounding markets. C3’s notorious non-compete clause, which can prevent bands from performing in a certain radius for weeks to months before or after a slated show, should not be an issue. “That’s always been a case by case [basis],” Hickey says. “We really don’t enforce it for 95 percent of the bands. We’re really concerned about our headliners, so we’ll wait to see what happens, but we never really have enforced that.”

As for who those headliners might be, she seemed to suggest Stevie Nicks is a prospect, then denied that was a hint — just a wish. It should be noted, however, that Hickey exhibited similar Cheshire Cat behavior last year when asked about Neil Young, who was subsequently announced as the festival’s obligatory “heritage-rock” headliner for 2012. His Saturday-night performance with Crazy Horse was a highlight, too. (Even Jack White, playing opposite Young, ended his show by advising listeners to go catch the rest of Neil’s.)

“There’s a lot of potential,” Hickey promises. “Finally, Austin has these two massive, massive bookend music festivals. I think that we really are, truly, the live music capital of the world.”