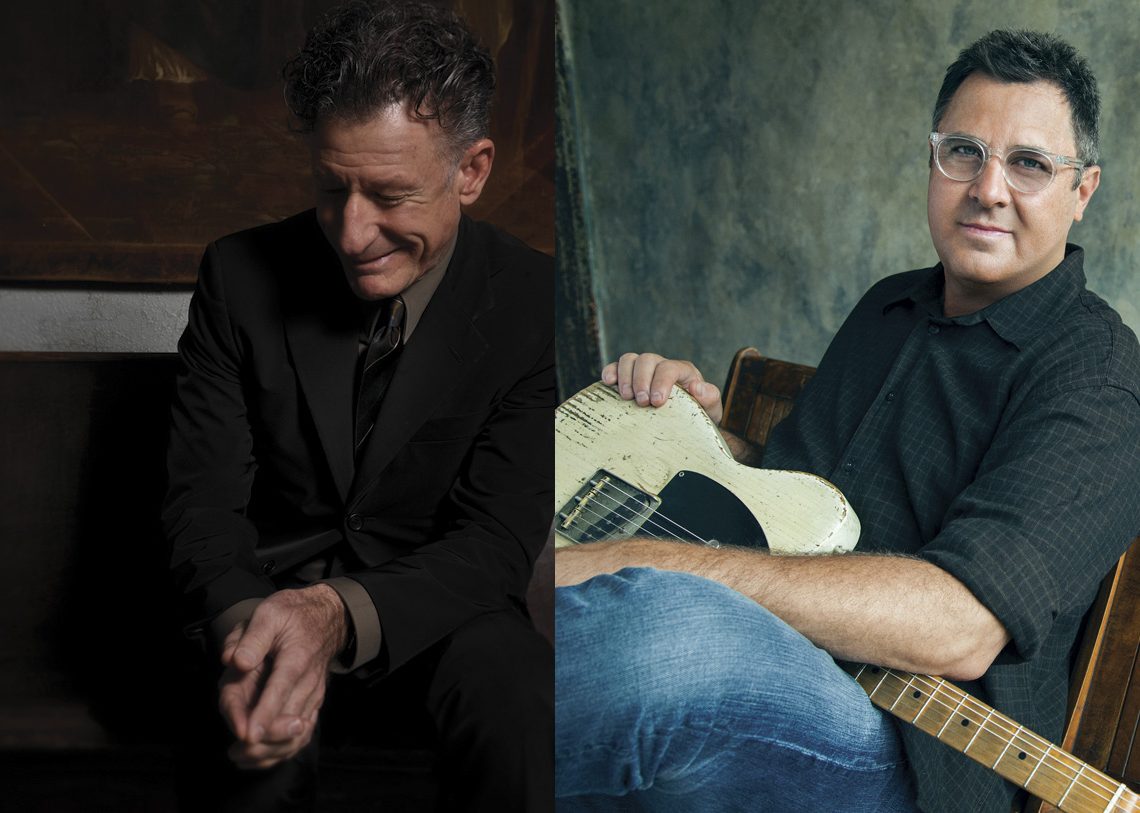 “We were doing two shows in Philadelphia and somewhere in New Jersey, and we got snowed out,” Lyle Lovett says of his upcoming tour with Vince Gill. “Vince looked at me, and went, ‘Why are we doing this up here in February? We need to do this in Florida at this time of year.’

“And so it kinda happened just that way.”

Lovett, the high-haired quirky songwriter with a large band lean who emerged from “the Great Credibility Scare of the Late ‘80s,” laughs about the role kismet plays in bringing his fellow “classmates” together in unique and intriguing ways. Long known for his four way songwriter nights with Guy Clark, Joe Ely, and John Hiatt, as well as two-man evenings with former college schoolmate Robert Earl Keen, Lovett is teaming with Gill for a 13-date run beginning Wednesday in Montgomery, Alabama.

“It’s funny,” Lovett says. “We were all part of that ‘Credibility Scare’ that Steve Earle talks about, but we were all so busy touring, we didn’t spend as much time together as you’d think. Vince and I both worked with Tony Brown as a producer when we were on MCA, and that was probably the most overlap we really had.”

The format for their “Songs & Stories” show is loose. Two men, a few guitars and a whole lot of stories. For people used to seeing Lovett with a band, the intimacy and conversation teases other layers from his songs. For Gill, easily country’s most successful credibility act of the ‘90s, it is an opportunity to delve into his songs from the creator’s perspective and let his guitar playing have a whole other kind of showcase.

“It’s been fun doing those few make-up dates,” Lovett says of the pairing. “We get onstage every night, and it’s finding out things about Vince I didn’t know. He’s a very easy talker, and during the course of the night, he reveals a lot about himself that you might not expect.”

Lovett admits that the partnership opens him up, as well. “Every time you walk onstage with someone new, there are stories you wouldn’t tell otherwise … There are jokes that come out of the common ground you have,” he says. “And with Vince, the way he sings and plays, it really brings out the music piece of it. Even with an acoustic guitar, I’m amazed at how much playing really happens. It’s fun … pulling out songs that fit the pairing, things I might not do in the other songwriter shows I do.”

When the run wraps March 1 in Coral Springs, Florida, Lovett will switch gears and re-team with Keen for a March tour of the West. “This thing with Vince is really interesting, and our fans are different enough, people are discovering music,” he says. “With Robert and I, it’s revisiting old friends.

“I don’t know if Vince and I will do this again, just because of how busy his schedule is,” Lovett continues. “But I really enjoy the different dynamics. With Robert Earl, it’s like sitting around with one of your best friends and settling into all that common ground; with Vince, it’s something else altogether, which is just as great.

“Hopefully, there will be more dates to come.”