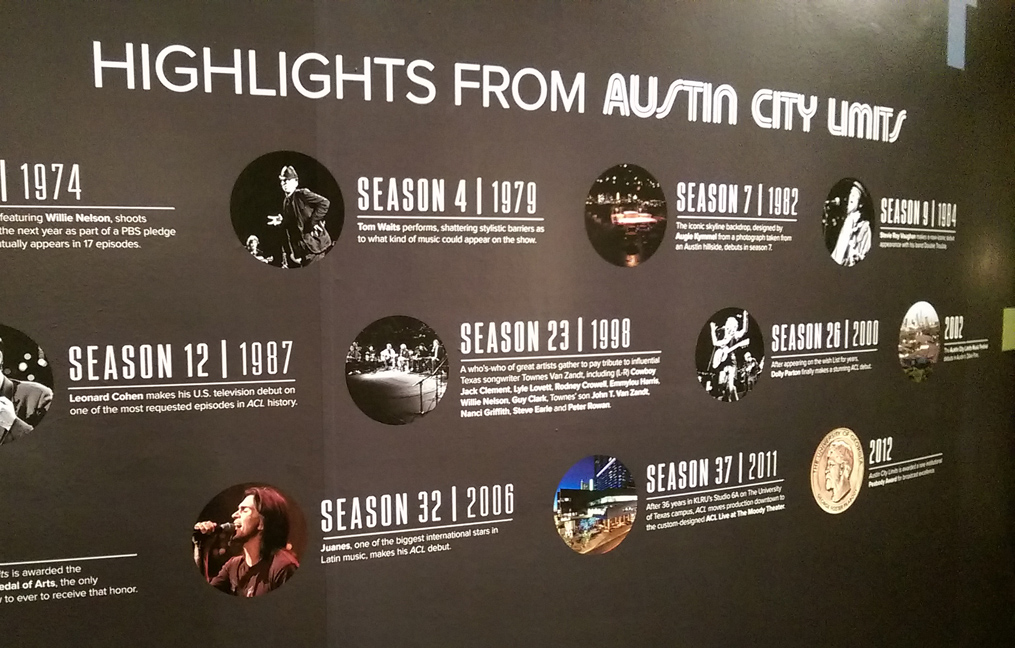 The new inductees are Bonnie Raitt, Kris Kristofferson, and the late B.B. King, who will be honored Oct. 12 at ACL Live at the Moody Theater, where episodes of the longest-running live music show in American television history are now taped. The new Best of Austin City Limits TV show will air archival footage from the 41-year-old show’s most iconic performances, some of which also appear in snippet form in the museum theater’s 25-minute film.

The Hall of Fame, established for the show’s 40th anniversary, doesn’t yet have a physical home, but no indication was given Wednesday that the Bullock might one day fill that role. Established to honor legendary performers and others who made major contributions to the show’s popularity and longevity, the HOF already includes Lloyd Maines (who attended Wednesday’s event), Willie Nelson, Stevie Ray Vaughan & Double Trouble, Asleep at the Wheel, Guy Clark, Flaco Jimenez, Loretta Lynn, and Townes Van Zandt, plus non-performers Darrell Royal, the late University of Texas football coach and early ACL cheerleader, and the late Bill Arhos, the show’s creator. 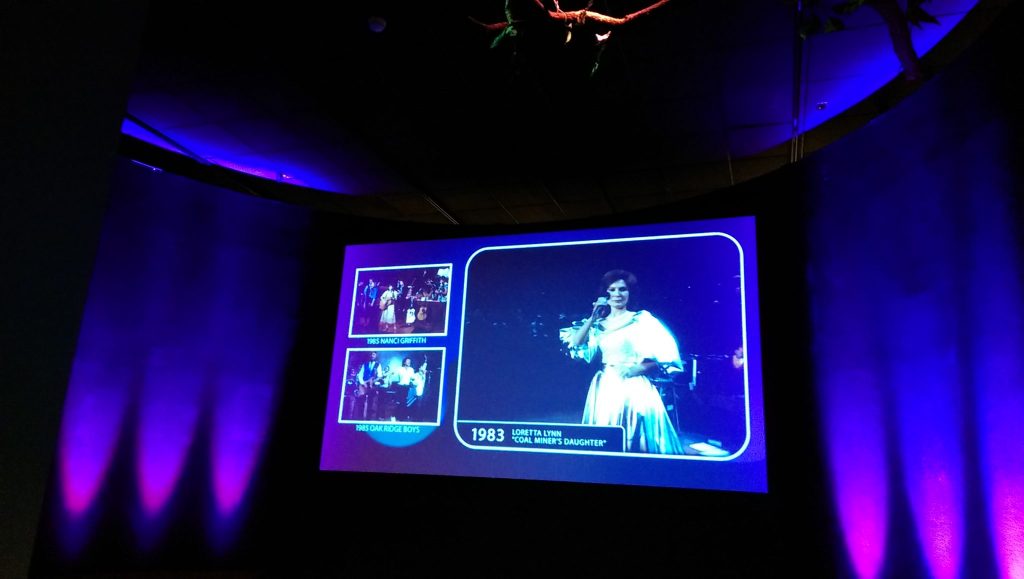 The theater, a permanent installation on the museum’s third floor, is a circular space with a large screen hanging over a small, scuff-marked stage representing the far-larger one at the Moody (and presumably, the wooden stage at the show’s previous home, KLRU-TV Studio 6A on the UT campus). The exterior carries a representation of the skyline stage backdrop and a timeline of key moments. Aside from eight chairs ringing its edge, the minimalist theater contains only one other significant item: the original branch used for camera shots intended to give the feel of an outdoor setting, which fooled viewers for years. Picked up on campus after a rainstorm, it quickly lost its original leaves. Replacements were regularly hand-glued on until it was retired after the Moody move because it wound up blocking sightlines.

Outside the theater, a case contains two artifacts: the original pitch letter to PBS and the show’s 2011 Peabody Award. It also explains the neon sign hanging on the theater’s wall: a commission used for only one season (No. 4). 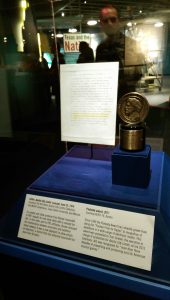 “The museum wanted to concentrate on the video,” ACL archivist Michael Toland said. “They thought the music was the best representation of the show and it’s kind of hard to argue with that.”

The video airs about 20 performance segments in chronological order, from Nelson and other Hall of Fame members to Lyle Lovett, Leonard Cohen, Ray Charles, Sheryl Crow, Beck, Elvis Costello, Radiohead, and Sam Smith. Images of many of the more than 700 artists who have graced those stages appear, two at a time, next to the video clips.

“It was an attempt to summarize 40 years in 25 minutes,” Toland said, noting the task was “very difficult.” The video actually was pared down from 90 minutes, he reported.

Ideally, the new Best Of series will allow fans to see not only the missing moments, but far more; ACL’s archives contain more than 8,000 hours of video. Those hours include a segment featuring Dale Watson, who performed on the show in season 39 and at the Wednesday event.

“My most proudest moment I’ve ever had was playin’ Austin City Limits,” the Austin honky-tonker said before beginning his set. The sentiment has been echoed many times by artists who grew up watching and dreaming of playing on the show. As it continues to grow and diversify (with the first Auckand City Limits Festival announced, Stotesbery said he hopes the show itself will also wind up in syndication there — which would be its sixth continent), it’s a safe bet that many more artists will one day wind up in that Bullock video — and the ACL Hall of Fame. 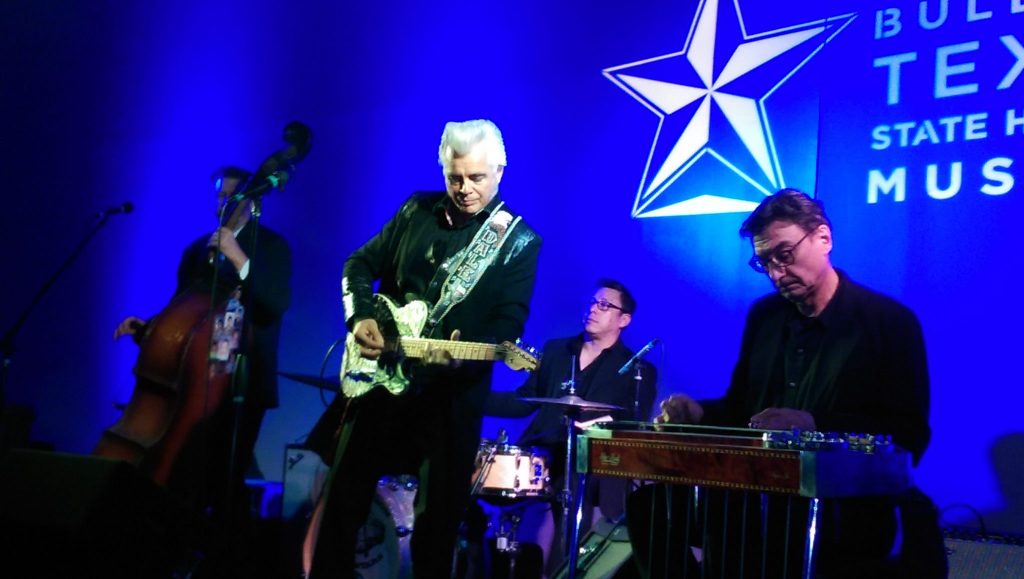 Next post The 37 Year Waltz: Honoring Terry Allen's "Lubbock (on Everything)"