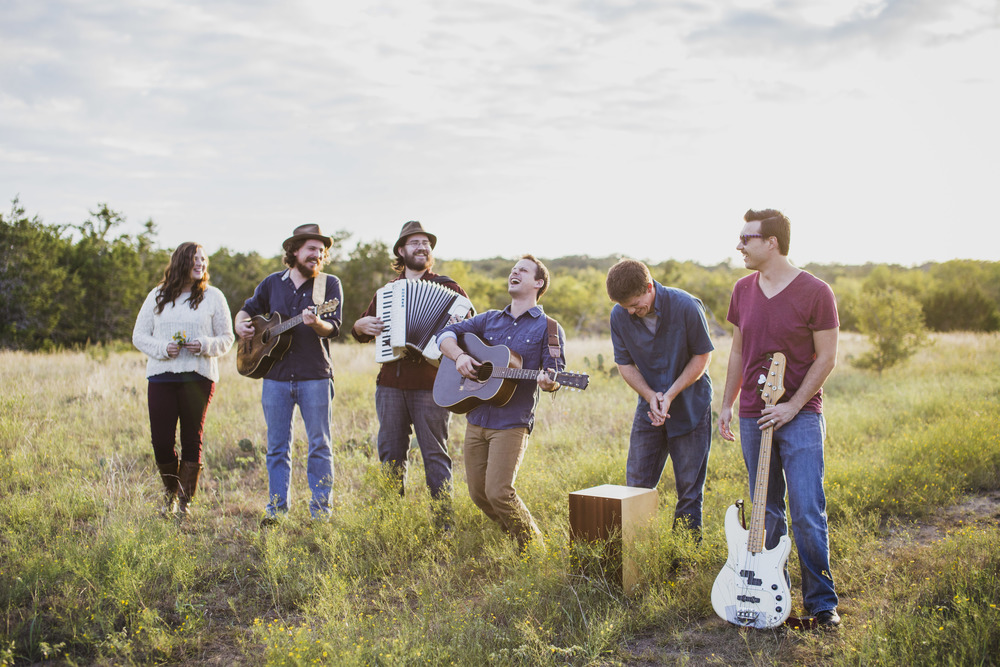 The best-known branches of roots music — country, blues, folk — are touted in most circles for their relatability, tuned into the common-man struggles in a way that escapist pop or experimental rock couldn’t and doesn’t aspire to be. But for all the value of that relatability, it’s admittedly a short step from “common” to “ordinary,” followed by a not-insignificant trap door into “boring.” Perhaps sensing this, Texas’ Blue Water Highway Band has gone out of its way over the past few years to establish itself as something decidedly different from most of its rootsy peers: exotic.

Admittedly, it’s not an obvious trait at first glance. To the casual observer, the Blue Water Highway Band — currently based out of the small town of Kyle, halfway between Austin and San Marcos — appears as relatable as they come: just another band of regular, friendly-looking guys and gals in vaguely vintage clothes playing standard instruments in familiar (and increasingly crowded) venues. And on their better-known songs, the rhythmic pulse and harmony-rich choruses sound only a very few degrees askance from any number of more established radio-friendly acts on the Texas Americana scene. Hell, even the band’s moniker feels like the product of a random roots-rock band name generator app. But if the devil’s in the details, then so are the band’s better angels.

The heart of the band — frontman Zack Kibodeaux and chief co-writer and guitarist Gregory Essington — had a head start on bouncing ideas off of each other, striking up a friendship as musically inclined high school classmates in Lake Jackson, Texas. Their education took them to far different places but also towards a common goal: Kibodeaux made the relatively short move to San Marcos and earned a degree in vocal performance from Texas State, whereas Essington made the longer haul to New York University (not far from his New Jersey birthplace) for a degree in musical technology. With the chops and knowhow established, when the friends found their way back to one another they reveled in the freedom to mess with the form, improvise, and converge with decades’ worth of the music that inspired them while going off on their own creative tangents. Soon to round out the group were harmony vocalist Catherine Clarke (who studied opera alongside Kibodeaux at Texas State), keyboardist Zach Landreneau, bassist Kyle Smith, and drummer Chris Walker.

“People say we have a sonic landscape like a Depression-era radio being played on a Brazos River steamboat,” Essington winks in the band’s bio. “I’d liken it to the strange effect of a bluesy, soul-infused Hank Williams time-traveling and stealing a Ryan Adams cover of a Guy Clark song about the Gulf Coast.”

Kibodeaux, by contrast, is more into brevity when it comes to describing the band’s sound. “That’s a tough one … how about Texicana?” he offers.

They do clearly dig the swoony romanticism of Adams and the stark lyricism of Clark, while notably reaching even a few years beyond the latter for the eclectic tradition of The Band. “This past year we put on a tribute concert to The Band,” Kibodeaux recalls of a 2015 event at New Braunfels’ Brauntex Theater, which prides itself on such savvily booked nods to tradition. “Such a great experience, because they are a big influence. We’re also really into the Killers, Bruce Springsteen, the Counting Crows …” Not the most obvious mix, but it all makes sense when you give it a listen. 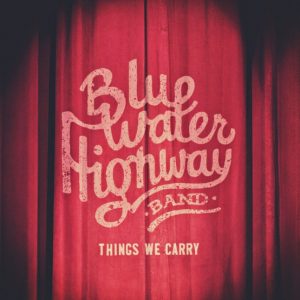 A close listen to their early-2015 breakthrough Things We Carry — their full-length debut, after a less-lauded but worthwhile 2013 debut EP — also reveals a songwriting approach as nicely layered as the band’s sound, with nods to far-flung locales and obscure mythologies alongside ones much closer to home. They’re far from the first to put the legend of railroad worker “John Henry” into song, but their invigorating take on it feels as essential as any, and they’re at least among the first to think of writing folk-rock ballads about the Biblical city of Ramah, or the Brooklyn subway stop of Cortelyou, or — speaking of “better angels” — the mythical Seraphim. It puts the Blue Water Highway Band in an enviable spot alongside other regional favorites like the Turnpike Troubadours and the Damn Quails, welding ambitious and off-handedly detailed narratives to sounds that engage no matter how well-traveled or well-read one might claim to be.

And no doubt, the circle of interested parties and outright fans is getting wider. The BWHB was among the handful of new faces at this year’s MusicFest in Steamboat Springs, playing to great word-of-mouth acclaim at an event that tends to send ripples throughout the ensuing year. A recent late-January afternoon gig at the venerated Gruene Hall drew an almost Keen-sized throng to a slot usually intended to catch a modest crowd of passers-by and tourists. Maybe some of them had passed through Ramah, or Cortelyou, or at least Lake Jackson. But once they made it through the doors, they were treated to something both endearingly familiar and intriguingly unlike anything they’d ever heard before.