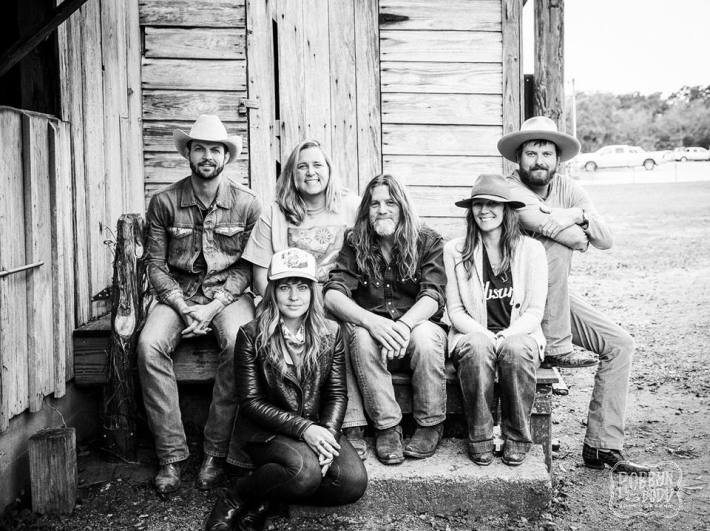 By Thomas D. Mooney A soft orange glow warms the stage of the Firehouse Theatre located in The Louise Hopkins Underwood Center for the Arts in downtown Lubbock. Pastel seats begin getting filled in the small, intimate room on the cool Thursday evening. The featured performers — Drew Kennedy, Josh Grider, Susan Gibson, Kelley Mickwee, Walt Wilkins, and Brady Zdan — will begin playing a series of songs within minutes. The group of friends and kindred spirit troubadours are gradually making their way west to the ski town of Red River, N.M., for the fifth annual Red River Songwriters’ Music Festival, set for the weekend of Jan. 28-30.

Zdan makes her way from behind the curtain left of stage. “When we do these shows, we draw our order,” she tells the crowd as she straps on her electric guitar. “Tonight, I’m the lucky one to start things off.”

One by one, each makes their way to their designated stool. Applause rings out as each finishes their first composition.

When the six are all finally on stage, that’s when the real magic happens. Even after some five months of not performing together, the six pick up right where they left off. Though their individual talents are specific and unique, when together, they bring out the best in one another.

When it gets back to Zdan, she plays the shimmering “More Of a Man,” her independence anthem charged with cool confidence. She goes into the chorus and everyone’s harmonizing with oohs and aahs. It’s pure. Genuine. A wave of chills goes across the crowd as they realize the moment will forever be etched in their concert highlights folder.

“You want to go shoot guns and drink whiskey after the show,” Grider says in his grizzliest voice possible. Kennedy and Wilkins join in with laughing nods. Grider then turns to Gibson and asks her to “banjo up” for his next song. Naturally, Mickwee grabs her mandolin and they go into “I Knew You When.” It channels the simple nostalgia of early ’80s Springsteen.

“If you want to join in, please do,” says Gibson as she introduces her staple, “Wide Open Spaces.” The crowd obliges.

The times you’re able to see the likes of Wilkins, Mickwee, and company provide harmony on “Wide Open Spaces” are limited. The audience lets the moment sink in.

Though they’d play for some two-and-a-half hours, due to the set-up, each individual can only play a handful of songs. In this case, it was three for each. It’s a double edge sword. On one hand, it leaves you wanting. You need to hear Kennedy and company play more. Still, it puts an emphasis on the three they select.

It creates an atmosphere. Still, it’s not all six playing their “greatest hits.” They’re comfortable enough to introduce songs that are fresh from the songwriting oven. Mickwee places a paper of scribbled lyrics on the stool next to her. It’s a new song she’s written with Owen Temple called “The Gold Standard.”

She describes it as her and Temple trying to write the “countriest damn song” possible. They hit the nail on the head. Her country croon is the icing on the cake. It’s something ’70s stars like Loretta Lynn, George Jones, or Conway Twitty would have loved to get their hands on.

The evening finishes out with a smooth tribute to late Eagles founding member Glenn Frey. With Grider in lead, they hit the soaring harmonies on Eagles standout song, “Peaceful Easy Feeling.”

Wilkins addresses the crowd saying that when they first started doing this collective show experience, they decided they needed a closer. “For 99 percent of the shows we’ve closed the show out like this,” he says. They then step away from the microphones and get directly in front of the front row. With only Wilkins armed with an acoustic guitar, the six begin singing the classic “Long Black Veil.”

You can hear the proverbial pin drop and possibly a handful of teardrops slide down cheeks. It’s a stark, beautiful moment that caps the night the only way possible. It’s a statement: In the end, it’s always been about the sake of the song. 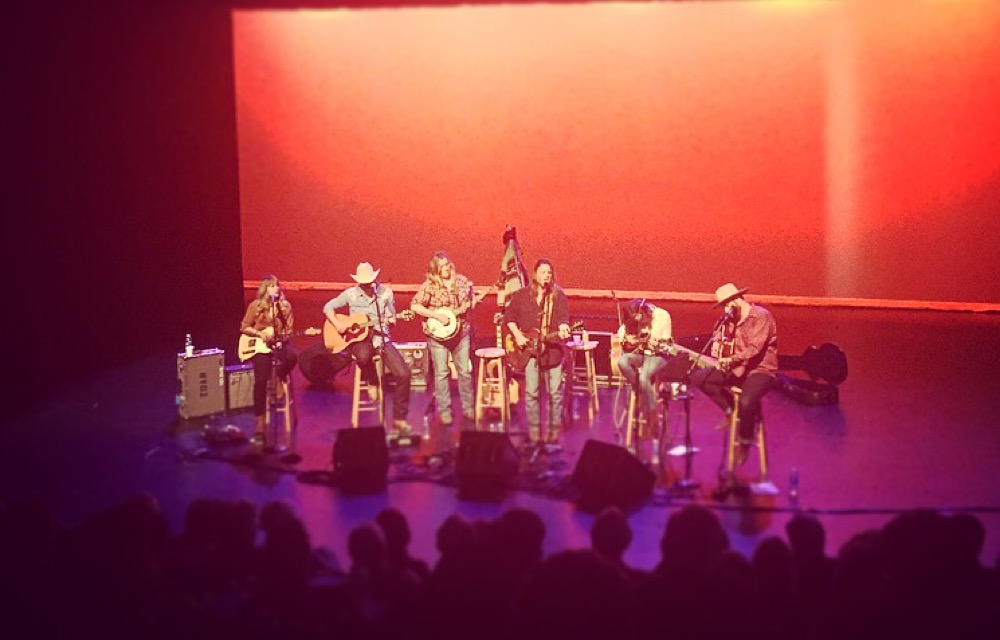