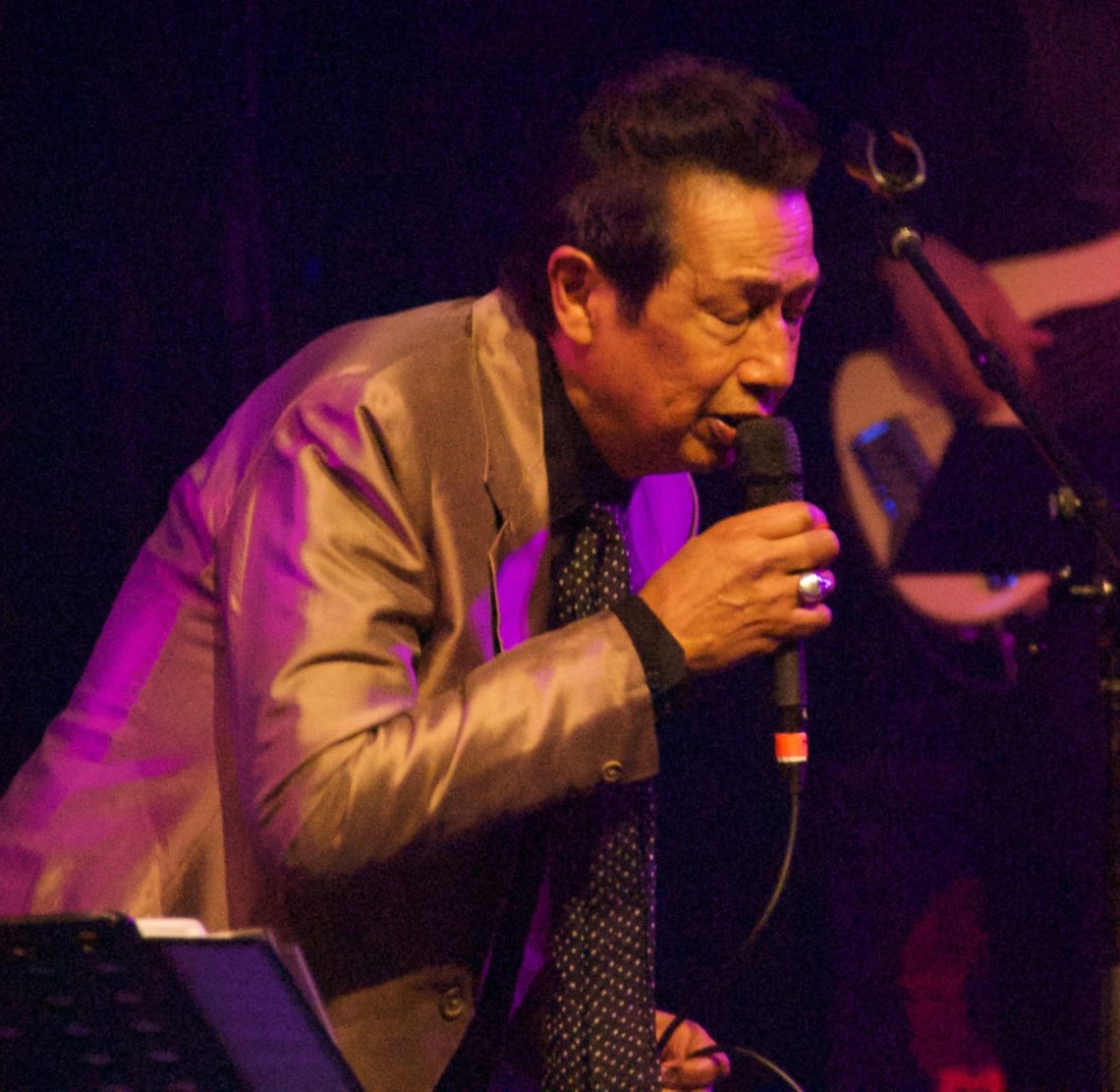 Had this story been written earlier on the evening of Alejandro Escovedo’s Sunday birthday, it likely would have started out quite differently. But as it was being typed, the world lost an artist who held more than a little significance to Escovedo.

If David Bowie had departed months ago, Escovedo’s fourth annual birthday show, held Saturday at ACL Live at the Moody Theater, might have taken the form of a tribute to him. Bowie, T. Rex, the Velvet Underground and their edge-pushing contemporaries have so influenced Escovedo, he sought out ex-Velvet member/Bowie pal John Cale to produce his 2006 album, The Boxing Mirror, then turned to T. Rex and longtime Bowie producer Tony Visconti for 2008’s Real Animal; Visconti produced its two follow-ups as well.

Escovedo and Bowie — who celebrated his 69th birthday on Friday and died Sunday, on Escovedo’s 65th — shared another inspiration: Leonard Cohen. In an early band, Feathers, Bowie sometimes performed Cohen covers. For Escovedo, Cohen’s work as a writer and poet had a deep impact; he titled Saturday’s production, “A Thousand Kisses Deep: The Leonard Cohen Influence.”

An elegantly executed homage, the show alternated Canadian troubadour Cohen’s words and music with Escovedo’s own tunes. Skipping the most obvious (“Suzanne,” “Hallelujah”) in favor of deeper selections to convey Cohen’s sway on his work, Escovedo seamlessly wove Cohen’s inspirations to his responses. He followed “Democracy,” for example, with his own “Headstrong Crazy Fools”; Cohen’s “Avalanche” led to Escovedo’s “Died A Little Today” and “Sacramento & Polk.”

In previous years, Escovedo has presented sweeping overviews of his own career and Austin’s musical history; ambitious and packed with star-power, they were sometimes a bit unwieldy. This year’s show benefited from an understated, less-is-more approach that gave the bigger moments even more impact. Multi-media elements were skipped altogether; staging consisted only of David Trubridge-designed Coral-style cut-out lanterns suspended above the stage and throughout the house. Their gentle glow created a warm atmosphere while breaking down the invisible wall that normally separates performers and audiences. 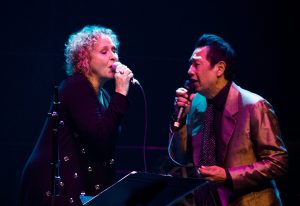 But Escovedo’s method for keeping the show moving — and refreshingly varied — was his true stroke of genius. He employed Julie Christensen, who recorded and toured with Cohen from 1988 to 1993, as his duet partner and vocal relief, and brought out actor Robert Patrick (“Scorpion,” “Terminator,” “True Blood,” etc.) to trade verses with her on “Joan of Arc” and “If It Be Your Will.” Patrick mostly recited; she sang. He also delivered a poem by Frederico Garcia Lorca, backed by the band. The treatments were unusual and dynamic.

“She’s really one of the greatest singers I’ve ever heard,” Escovedo praised as he turned over the stage. She also gave a nearly show-shopping delivery of her own composition, “The Cardinal,” from her upcoming same-named release with Stone Cupid, before she and Escovedo ended the first set by trading verses on a new one of his, “Who Am I?”

Escovedo turned up the volume for aggressive full-band treatments of “Avalanche” and “Sacramento & Polk”; with his usual impeccable ear for players, he also surrounded himself on this night with guitarists Chris Holston and Mitch Watkins, another Cohen veteran; keyboardist Sean Giddens; bassist Daniel Durham; and drummer Scott Laningham — plus the girls’ choir of family and friends’ children, trotted out for “Lover, Lover, Lover” and “Died A Little Today.”

Christensen and Escovedo shared another outstanding duet on the beautiful Cohen tune “Alexandra Leaving” before she stole the show again on “Boogie Street,” the night’s most rockin’ moment.

There were poignant moments, too, particularly Rafael Childress’ heart-rending delivery of the monologue, “59 Years,” from Escovedo’s By the Hand of the Father, and the final song, “Evita’s Lullaby,” from The Boxing Mirror. The first song he composed after his father died, Escovedo wrote it for his mother; it’s about dancing, because they both loved to dance.

“It’s a song about hoping that they find each other when they both end up in the same place,” he said, pausing just long enough to catch himself before he got too emotional. Evita Escovedo passed away on Dec. 12; she was 94 and had raised 12 children (eight of them musicians). Dedicating the night to her, he added, “She had a great life.”

Earlier in that set, Escovedo said, “What’s happening here in this room tonight is what I love about Austin.” Sadly, Escovedo and his wife, Nancy Rankin, recently relocated to Dallas, and they’re not sure they’ll ever be full-time Austinites again. The city, however, will never stop claiming him as one of its finest musical assets, and with luck, he’ll continue finding enough creative energy here to return for many birthday celebrations — regardless of who they might honor.

Next post Michael Corcoran’s “If I Had My Way”