Willy McGee: “You Gonna Eat That?” 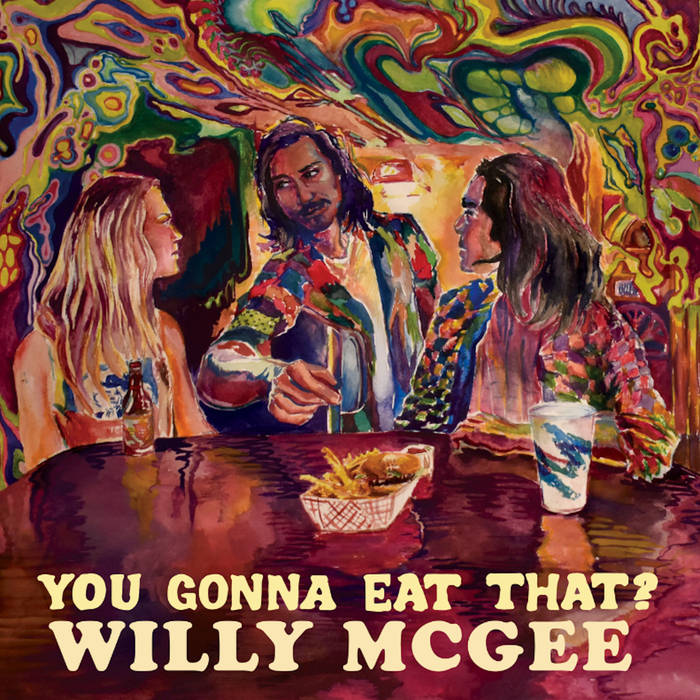 It’s not surprising that Austin’s Willy McGee is also into filmmaking and comedy; as his latest record gets rolling, he comes off somewhere between a joker and a character actor, angling for a laugh and a little attention as he fools around with blues and country. But after a bit you realize he’s a joker in the sense of Todd Snider or the Bottle Rockets, a smartass who remembers that the “smart” part counts too. “People Die and Then They Get Famous” grooves with the conviction of stoned pickers recreating golden AM radio hits on their back porch, “Can’t Compete” pounds the piano like Mickey Gilley on acid, and clever groovers like the disco-funk “Double Text” and bleary eyed soul of “Red Handed” move so nicely you’d likely still dig it even if you literally didn’t speak McGee’s language. Yes, the record meanders sometimes; no, not every swing is a home run. But as another under-the-radar yet overachieving gem, it’s another friendly 2018 reminder of music’s capacity to surprise, making new grooves out of longstanding ones made fresh by personality. — MIKE ETHAN MESSICK