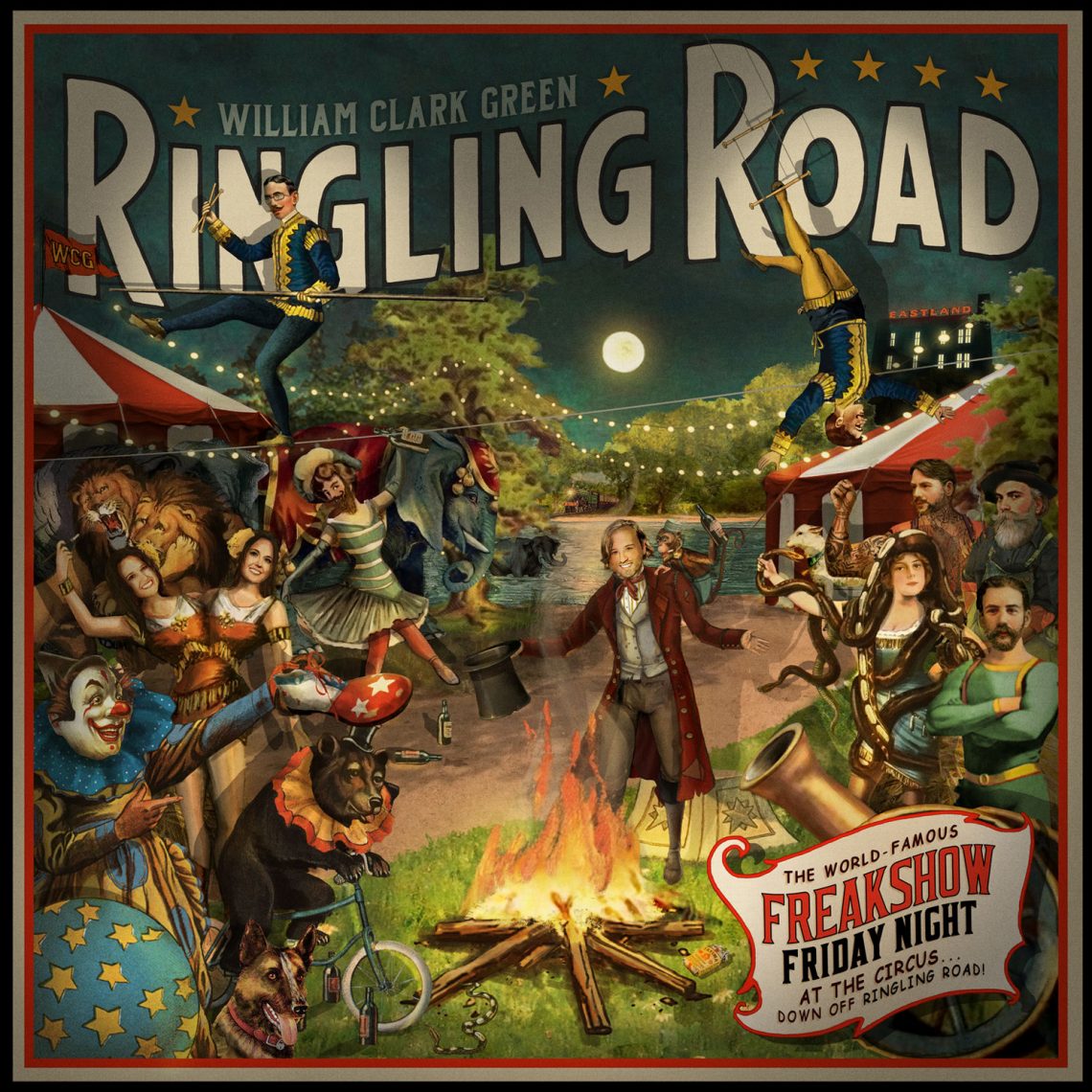 There’s not a lot of people who’ve had a better last-couple-of-years than William Clark Green.  Tom Brady, maybe, or Chris Pratt — but certainly not many within the Texas/Red Dirt music scene. Green’s star in that world has risen considerably since the release of 2013’s Rose Queen, and, though luck and well-made connections probably don’t hurt, the attention is following some seriously worthwhile music. His voice has the flexible, easy-on-the-ears dexterity of a Keith Urban but (at least on average) there’s a ton more detail, personality, and surprising frankness to the tunes Green is peddling. Though he’s not totally averse to tender sentiments, there’s a vein of romantic anger running through Ringling Road that’s vaguely reminescent of Elvis Costello. It’s a welcome counterpoint on breezier tunes like “Sympathy” and “Still Think About You” (“you can call me a bastard, call me a liar/sorry that you fell in love with someone you’ll never inspire” is about the roughest alternative to “it’s not you, it’s me” you could squeeze into a pretty country ballad) and it gives an extra punch to rocked-up story songs like the circus-imagery title track.  Fortunately, Green is willing to turn his lyrical barbs on himself as well: the title of “Next Big Thing” might make the listener think they’re in for some unseemly (although justifiable) boasting, but it’s entirely a self-recriminating joke about the gulf between perception and reality.  “Pretty little thing wants to talk to me backstage/Little does she know I don’t make minimum wage …” Somebody give the man a raise. The stakes were high on this one and the music delivers. — MIKE ETHAN MESSICK