William Clark Green: Going for broke Hot off of the nothing-left-to-lose breakthrough of Rose Queen, the fast-rising Texas songwriting star returns bolder than ever with Ringling Road 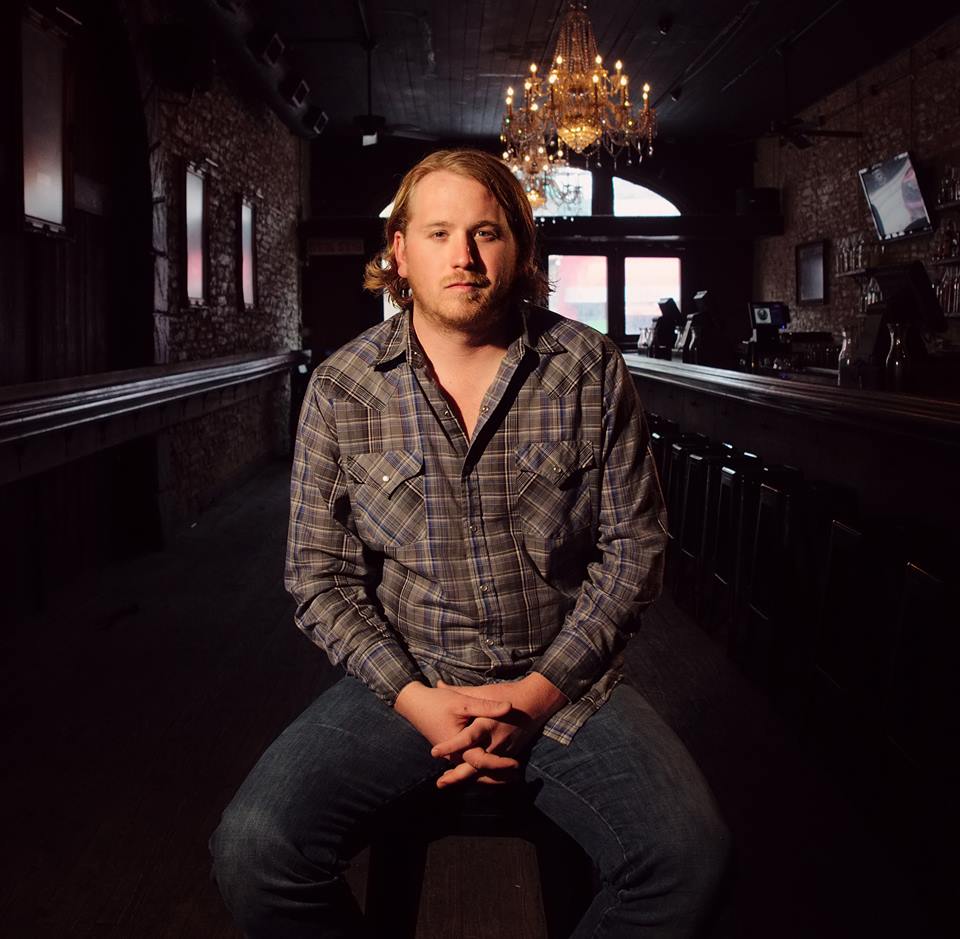 Going into the making of his third album, 2013’s Rose Queen, William Clark Green knew it was time to put it all on the line. In the five years since the release of his debut, 2008’s Dangerous Man, the aspiring young singer-songwriter had worked tirelessly to find his foothold in the Texas music scene, launching his career out of the Blue Light in Lubbock and touring his way back and forth across the state with his equally dedicated road and studio band. But even after generating a fair amount of buzz for both his high energy, rocking live shows and his continued development into a one of the state’s most promising up-and-coming troubadours (as further demonstrated by 2010’s Misunderstood and the encouraging support of Cheatham Street Warehouse’s Kent Finlay), Green and his band were still, by his own account, as “poor as we could possibly be.” Nevertheless, they went all the way to Nashville hell-bent on making the best record they possibly could, even if it ended up being their last. It was, Green recalls, “a Hail Mary pass.” 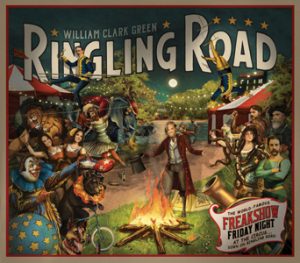 It worked. Rose Queen ended up charting the first three Top 10 Texas radio hits of Green’s career, including back-to-back No. 1’s in “She Likes the Beatles” (co-written with Brian Keane, whose wife Rachel Loy produced the album) and “Hanging Around,” which Green co-wrote with friend and mentor Finlay. Not surprisingly, his stock on the regional concert circuit has been on the rise ever since, with his band’s recent debut appearance at Billy Bob’s Texas in Fort Worth officially marking his arrival as a legitimate headliner. And with his latest single, “Sympathy,” hitting No. 1 well in advance of the April 21 release of his fourth album, Ringling Road, odds are that as sweet as the last two years have been for Green’s career, things are about to get even rosier.

Not that any of this has gone to his head yet — let alone his bank account. In “Next Big Thing,” his new album’s attention grabbing opening roar, Green pokes fun at both himself and the myth that playing music is a shortcut to big money. The self-professed “old-fashioned” native Texan (born in Flint, raised in College Station, and now based in Eastland, a tiny town just outside of Abilene) is also unfailingly humble and lightning quick to defer credit for much of his success — be it onstage, in the studio, or writing songs — to the many friends and colleagues who have helped him along the way. To wit: Green calls “She Likes the Beatles,” that “game-changing song” that earned him both his first No. 1 and “Song of the Year” honors at the fan-voted 2014 Lone Star Music Awards, a case of him just being in the right spot at the right time. After hearing his drummer declare that he and the girl he was dating at the time were more than likely doomed because “she likes the Beatles, and I like the Rolling Stones,” Green called Keane, who was instrumental in helping him steer the ship from there.

And then there’s “Ringling Road,” the psychedelic fever dream that gave the new album its title (and inspired its equally colorful cover art by the Grammy winning team of Shauna and Sarah Dodds of Backstage Design Studio, who also did the honors for Rose Queen). With swirling guitars and lyrics like “the Siamese twins are in the opium and the trapeze guys are all high on cocaine,” it’s as fun and freaky a tune as you’re likely to hear out of the Texas music scene all year.

“Believe it or not, this is another song that pretty much landed in my lap,” Green says with a laugh. “I really can’t make this up. After moving to Eastland, because Austin was too expensive to live in, I heard about this massive piece of land here that the Ringling Brothers bought a long time ago. They planned on turning the land into an amusement park, but after the oil boom went bust in the early 1900s, only the lake on the land was used when the circus trains would stop to let elephants drink water.”

Figuring that bit of local lore was worthy of a song, the former Red Raider called up a writing buddy from his Lubbock days, Ross Cooper, who had since relocated to Nashville. “I told him about my idea for a song about Ringling Lake,” Green continues, “and he said, ‘You’ll never believe this, but I met this guy named Randle Clay last night, and he was a [circus] roustabout for 10 years!’” When Green and Cooper got together to write the song, it only made sense to invite the veteran circus worker in on the fun.

“Technically, the three of us wrote the song together, but it was really the two of them going off on a tangent while I sat back and watched,” Green admits. Other writers Green teamed with on Ringling Road include another Lubbock buddy, Charlie Stout, for “Old Fashioned,” Randy Rogers Band guitarist Jon “Chops” Richardson for “Going Home,” and Finlay, whose passing on March 1 of this year lends a bittersweet note to the title of their collaboration, “Still Think About You,” which closes the record.

The opportunity to work with Finlay and others that he’s looked up to and respected over the years been instrumental in Green’s evolution as an artist — a growth that becomes more and more apparent with each new album. The three years between his sophomore effort Misunderstood and Rose Queen were particularly transformative. “I learned about songwriting,” offers Green, a somewhat surprising admission coming from a guy who started writing in the eight grade and always thought he had a handle on it. Turns out he’d barely scratched the surface.

“I also learned about melodies and what they really mean to a song,” he continues. “That was the biggest difference between Rose Queen and my albums before. Larry Joe Taylor helped me figure out melodies, actually, and when he listened to Rose Queen, he told me that I had figured it out, but I don’t know exactly how I did that, really.”

As big a step forward as Rose Queen was, though, Ringling Road is even more impressive. Fans of his past work will still recognize it as unmistakably WCG — thanks in large part to his distinctive raspy howl — but the new album is far and away the boldest and most sonically diverse statement he’s made to date.

“For me, the big difference between Ringling Road and my other albums is that there’s an attitude and confidence that hasn’t been on my albums before,” he explains. “I’ve never had the kind of confidence in my writing I had here. Rose Queen was about getting your heart broke, and this record is about being more on top of things. Rose Queen was us finding our sound, and Ringling Road is us amplifying that sound.”

It’s not just the dynamic, mercurially rambunctious rock ’n’ roll sound of Green’s band that’s amplified more than ever on the new record; it’s also his characteristic, unfiltered emotional forthrightness. Anger, a hurt heart and the need to occasionally shoot the finger towards someone drives many of Green’s best songs. And true to authentic form, he channels those feelings primarily from his own personal experiences because those stories offer something truthful that sunshine and roses sometimes can’t.

“The angrier songs are about brutal honesty,” says Green. “I love to take the moments in life where something’s really fucked-up, but you wouldn’t necessarily tell anyone what you were truly honestly thinking. I take those somewhat selfish points in life and write about them as often as I can. ‘Hey Sarah’ is definitely a true story, and ‘Sticks and Stones’ came from when I heard someone talking shit about me, so I wrote a song about it.

“Sometimes I might get a bit too harsh in what I write,” he allows with a laugh, “but that’s what we do.”