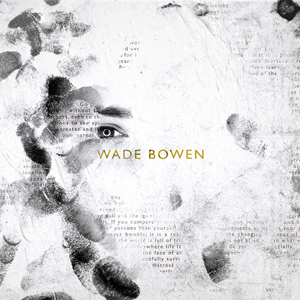 World-beating self-assuredness has served Wade Bowen well over the last few years. He’s made the gradual transition from North Texas bar-band kid to one of the most successful touring country artists outside of the Nashville machine while other contemporaries have seen their careers stall out or fade. And judging by this latest batch of songs, the Power of Positive Thinking has got a lot to do with it. Songs like the lead-off single, “When I Woke Up Today” and “The Sun Shines On A Dreamer” sound like they might have been co-written with Tony Robbins. That might be a little too motivational-poster cheerful for some tastes, but fortunately a welcome complexity settles in as Wade Bowen moves on. For starters, his backing band is as on-point as ever: numbers like “I’m Gonna Go” and the Latin-tinged “Welcome Mat” might not be stone classics, but they do push Bowen’s familiar heartland sound in some interesting, jam-friendly directions.

There’s little danger of the band or production over-whelming Bowen as a singer, though, because somewhere along the way he’s become one hell of a vocalist, both distinctive and flexible. But he smartly avoids the urge to overdo it, saving some killer vocal climaxes for moments like the tag of the satisfyingly hearty “West Texas Rain.” Aside from that one, perhaps the record’s most fully realized track is the tender “Sweet Leona,” an unassuming love song with shades of both Van Morrison and Merle Haggard in the delivery. That being said, the fan favorite may well end up being “Honky Tonk Road,” a simple yet catchy number (already known to some via Walt Wilkins & the Mystiqueros’ original version) augmented by guest spots from Bowen’s frequent collaborators Randy Rogers, Cody Canada, and Sean McConnell. Bowen doesn’t have to take a backseat to anyone at this point, but he sure sounds energized singing shoulder-to-shoulder with his friends. Overall, this self-titled effort isn’t quite the stunner that 2008’s If We Ever Make It Home was, but it’s plenty engaging to justify its maker’s signature optimism. — MIKE ETHAN MESSICK