Meet the Fauntleroys Hurricane survivor Alejandro Escovedo teams with friends Ivan Julian, Nicolas Tremulis and Linda Pitmon to revisit his punk roots and channel the “immediacy of the streets” 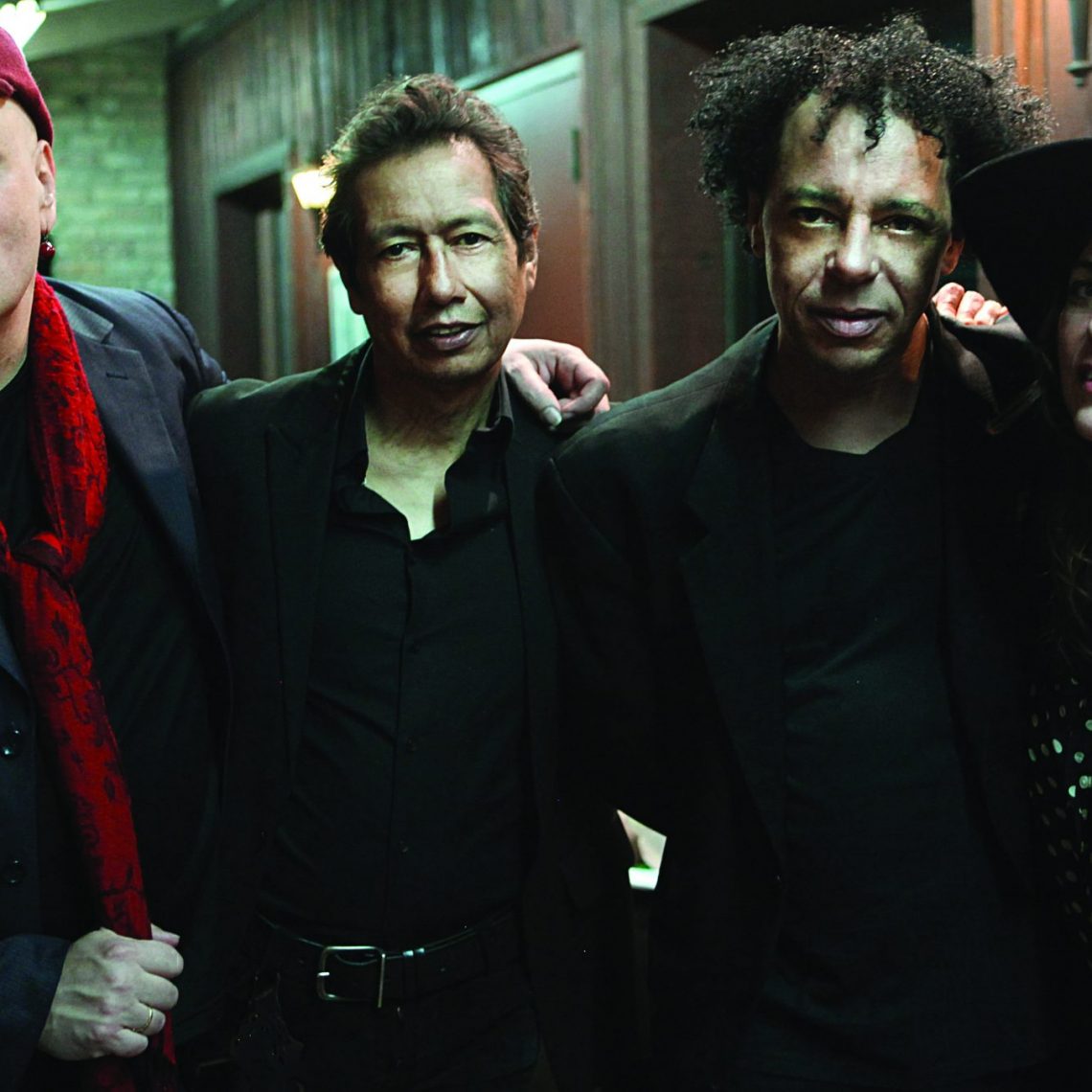 Punks in love (with everything): The Fauntleroys, from left, are Nicholas Tremulis, Alejandro Escovedo, Ivan Julian, and Linda Pitmon. (Photo by Jeff Fasano)

Being Alejandro Escovedo’s manager can’t be the easiest job even on good days. The guy’s got his finger in so many pots that trying to figure out which ones need stirring could make anyone’s head spin. One minute, he’s releasing a new EP, Below the Pink Pony, as a member of the post-punk supergroup the Fauntleroys. The next, he’s touring with Peter Buck. Or Joe Ely. Or the reunited True Believers. Or his regular band, the Sensitive Boys & Girls. Or he’s writing songs with Chuck Prophet. Or arranging all-star projects like the Lou Reed tribute that rivaled Lady Gaga’s show as one of the hottest events at this year’s South By Southwest.

And then there are the not-so-good days. Shortly before Pony’s mid-September release on Plowboy Records, Escovedo slipped in a tub and had to cancel some shows. That, however, was nothing compared to his honeymoon hurricane experience, a harrowing near-death encounter with a category 4 beast that devastated Mexico’s Baja Peninsula, where he and new bride Nancy Rankin were visiting friends following their Sept. 6 wedding. Manager Jan Stabile had to intervene to help them get home after they spent days in hard-core survival mode, stranded, as civil unrest set in amid the ruins. (Their plans had included joining Buck at his home in Todos Santos, but Hurricane Odile — the strongest-ever to hit the peninsula — ravaged the village.)

When they got home, Escovedo jumped into rehearsals for a British Invasion-themed concert benefiting Austin’s Health Alliance for Austin Musicians, featuring Eric Burdon and the Animals, the Zombies and other luminaries. But before all of that (except for the fall in the tub), Escovedo and Fauntleroys bandmate Ivan Julian discussed their musical excursion — and reported the band was already plotting a follow-up their to debut EP’s six-song energy blast. Like Below the Pink Pony, the next Fauntleroys album also will likely be recorded at NY Hed, the East Village studio co-owned by Julian, best known as the guitarist in punk band Richard Hell & the Voidoids. There’s no timetable yet, but Escobedo, Julian and fellow Fauntleroys conspirators Nicolas Tremulis and Linda Pitmon have already written more material. 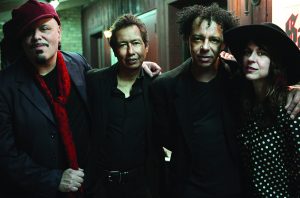 Punks in love (with everything): The Fauntleroys, from left, are Nicholas Tremulis, Alejandro Escovedo, Ivan Julian, and Linda Pitmon. (Photo by Jeff Fasano)

All veteran road dogs, they’re adept at working on the fly. Julian’s credits also include the Clash, Matthew Sweet and Shriekback, as well as his own bands, the Outsets and Lovelies; he started his career as a touring guitarist for the Foundations (who crafted the infectious pop hits “Build Me Up Buttercup” and “Baby, Now That I’ve Found You”). Chicago-based guitarist Tremulis is the longtime leader of the Nicholas Tremulis Band and Nicholas Tremulis Orchestra. Pitmon drums behind husband Steve Wynn in the Miracle 3 and the Baseball Project (which also features R.E.M. vets Buck and Scott McCaughey). Escovedo, of course, began as a punker in the Nuns before dipping into cowpunk with Rank & File and balls-out rock ’n’ roll with the True Believers. He’s also had a long and storied solo career. The Fauntleroy’s Below the Pink Pony, however, marks the seasoned rocker’s recording debut as a bassist.

“Actually, we all wanted to play bass and let everybody else play guitar — that sums up the mood,” notes Julian. “But I’ll say this about Alejandro’s bass playing: He’s really instinctive. He comes up with these lines that just make the song work.”

All four players came to the Fauntleroys at a point in their lives at which they value collaborating more than spotlight-grabbing.

“The thing about this record that impresses me,” Julian continues, “is that it doesn’t seem like a lot of these projects where there’s four separate writers and the band goes here or there to support the writer. There’s really a common thread that goes through this record. It sounds like one band.”

Escovedo is equally effusive, saying the group effort “brought out the most intense version of our New York that we know, from the mid- to late-70s, when we all lived there.”

It’s a sound that Escovedo says Julian helped create with Voidoids bandmate Robert Quine. Asked to define it, Julian says, “It’s the immediacy of the streets.

“There’s so much impetus coming at you from all directions, even in today’s tame New York, when you go out on the streets,” he explains. “That affects the way you write and the way you play. … Things are just happening 10 times a second, and sometimes you get up in it. There’s a sound to that.”

Maybe that explains the lyric, “I was watching the crowd, trying to make it bleed,” in the song, “I’m in Love with Everything.” As conveyed on the EP and in performances such as their SXSW-closing outing at the Continental Club, it’s best defined as the sound of controlled cacophony.

Julian attributes the recorded version, at least, to the use of “archaic” tube pre-amps and actual tape. “My own solo record, The Naked Flame, also has that sound,” he says. “That’s what convinced them. When they heard The Naked Flame, they thought, ‘we want to sound like that.’ Basically, it’s just recording raw, onto tape, through tubes. And using a minimal amount of reverb.”

There’s also something to be said for the immediacy of their process.

“The studio was right underneath the Pink Pony restaurant,” Escovedo says. “We just wrote and recorded. We’d get a track going and then Nick and I would go upstairs and finish the lyrics over cups of coffee and go back down and record from there. By the time we left, we had all those songs. It was awesome.”

As for heading in so many musical directions at once, Escovedo says it all boils down to having fun. “I don’t know what to say,” he adds, “other than, if you’re gonna be a musician, you should play all the time.”