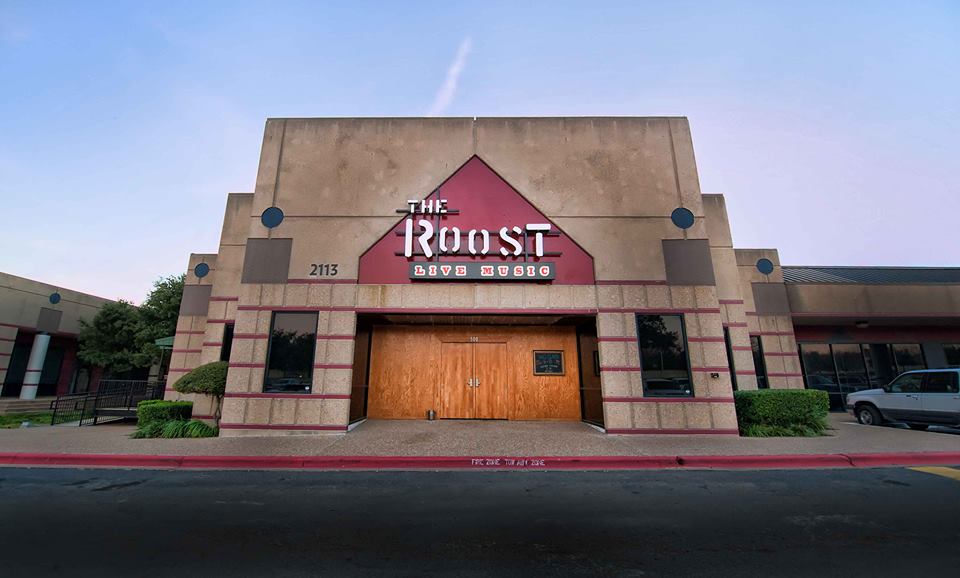 As the crow flies, North Austin is a mere 15 miles or so from the city’s bustling Sixth Street scene and the hipster haunts of the 78704. But as any suburbanite can attest, making that trek from home to the downtown scene for a live music fix can be a pretty serious traffic hassle and time suck. And getting back home? Downright dangerous after an adult beverage or five. If only folks up there had an Austin-worthy music venue to call their own — and better yet, one cool enough to even lure South Austin music junkies out of their comfort zone and all the way up past MLK and beyond …

Well, now there is such a place: The Roost. And since the club opened its doors in December, thousands of grateful North Austinites, Round Rockers, Phlugervillians, and Cedar Parkers have flocked to the uber-cool nightspot in their own back yard where they can see name-brand national and regional acts, hear them over a sound system that is top-shelf all the way, and actually find a great parking spot. 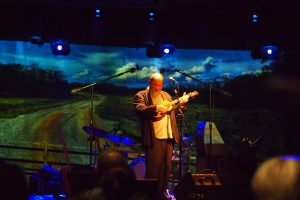 Kevin Russell of Shinyribs at the Roost. (Photo by Greg Vest)

If a club can have a new-car smell, the Roost still does — even after a few weeks of operation and inaugural shows with the likes of Bob Schneider, Joe Ely, Shinyribs, Kelly Willis and Bruce Robison, and Monday Blues Happy Hours with W.C. Clark. But it’s also steeped in Austin music history — just like the folks running the joint. The Roost is a lifelong dream of David Cotton and his two brothers, John and Jimbo. It’s clear that they, along with friend of the family and fellow club backer John Greenwood, have thought long and hard about how to make the Roost just right.

Cotton, who has vetted more aspiring acts than Simon Cowell during his years booking Austin venues such as the dearly departed Momo’s and Steamboat as well as the Saxon Pub and Threadgill’s, clearly knows what makes for a great music-listening experience. As Austin music scene veteran Stefanie Fix noted after her first visit to the Roost, “It’s got the intimacy of the Saxon and the showroom feel of Antone’s …They’ve taken the best of both places and made one really great club.” Add to that a Momo’s-like outdoor deck for smokers and conversationalists, and the Roost has hit a winning trifecta. Says Cotton of their gift to North Austinites and nearby residents, “The Roost is for all those people who want to stay north and play north.”

And while the 700-capacity club is a brand new place that has yet to make its own memories, if the walls at the Roost could talk, they’d tell a rich history of Austin music, because Cotton has adorned them with artifacts and posters from clubs of yore. The weathered sign that proudly hung outside of Steamboat on 6th Street for 22 years now has a place of pride over a corner bar at the Roost. And just to its left, the scowling personage of legendary Texas outlaw comic Bill Hicks — a hero to many an Austin musician of the ’80s and particularly one named Willie — looks down on a stage that is so spacious, Lyle Lovett’s Large Band could probably get lost on that tarmac of a sucker. The Roost was designed for patrons and players alike, and both are already raving about the club’s sweet sound and great acoustics.

And not to be overlooked is the wise decision to put bars in three of its four corners — and really, really nice restrooms in the other one. Yep, the Roost is going to give even the most hardened of downtown Austinites many great reasons to venture north.