In Memoriam: Larry Monroe King of the "segway" 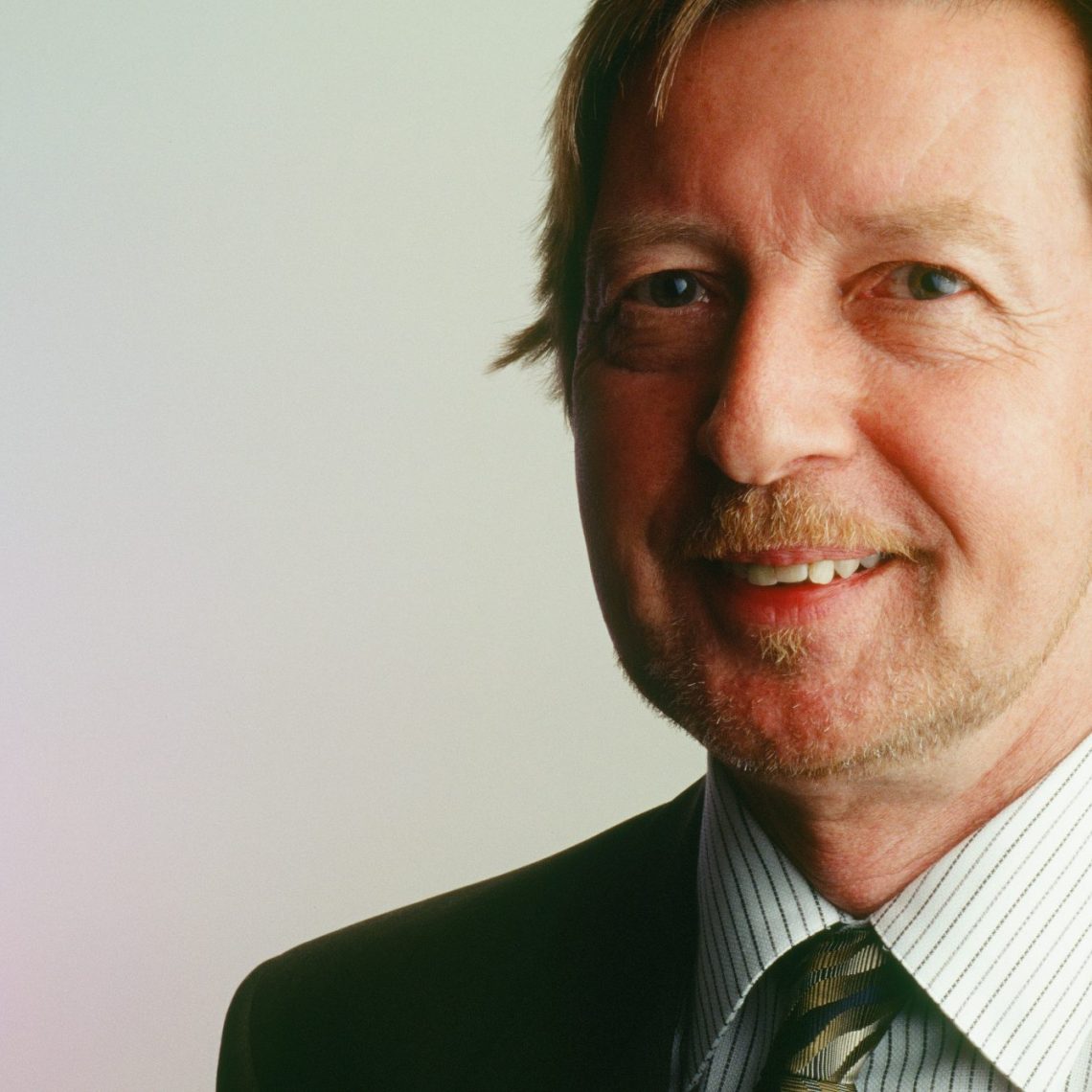 On Blue Friday, the day Austin DJ Larry Monroe died from respiratory failure at age 71, a trio of noted musicians were talking about the tragedy backstage at the Continental Club. “I don’t think any one person did more for Austin music than Larry Monroe,” said the guitarist Eve Monsees, who was born four years after Monroe began a monumentally influential 29-year run on KUT. 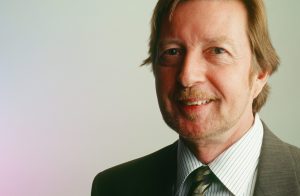 Austin was as deep in grief that day, Jan. 17, as when blues godfather Clifford Antone passed away in May 2006. Caught up in the emotions, it was easy to make grand overstatements like the one Monsees seemed to make. But I thought about it as I was driving home that night, and I have to agree. In terms of expanding the town’s musical knowledge and helping to create an appetite for hard blues and soft songs, no one had connected like Monroe, who carefully chose his playlists to enforce the idea that music creates moods. And local musicians found no greater champion, with Monroe inviting his favorite musicians — regardless of stature — to play live on the air.

In reading so many social media posts after Monroe’s latest station, KDRP in Dripping Springs, announced his passing, two especially stood out. One from Chicago publicist Heather West, who wrote about listening to Larry Monroe’s “Blue Monday” show as a young girl with her mother. In certain houses in those years before cable, KUT was superglued, and you listened to Paul Ray’s “Twine Time” R&B show every Saturday, plus Larry Monroe’s “Blue Monday” and Thursday’s “Phil Music.” A kid like Heather West grew up on Albert King and Bobby “Blue” Bland while everyone else was into the Police and Grandmaster Flash: An education that serves her well as she now works on the Ponderosa Stomp every year.

The other post that spoke for so many was by guitarist Willie Pipkin, of the Warren Hood Band and the Peacemakers. Pipkin is insane for the blues and credited Monroe with feeding that fanaticism. Pipkin wrote that he’d tape every episode of “Blue Monday” and then sit in his room the rest of the week trying to emulate the guitars of Buddy Guy, the Vaughan brothers, Lightnin’ Slim, T-Bone Walker, and all the rest.

“Free-form radio will not die as long as I’m alive,” Larry Monroe told the Austin Chronicle in 1997. Thirteen years later, he signed off at KUT, which had cut his hours on-air and implemented a partial playlist. Monroe landed at tiny community radio station KDRP and took his diehards with him.

On the morning of Friday Jan. 17, Monroe signed off for good. Less than two weeks later, his photo flashed before a national audience as part of the Grammys’ “In Memoriam” segment. This small-town DJ with the voice of you and I. Fittingly, he was there between bluesmen Bobby “Blue” Bland and Magic Slim. Monroe was without a doubt the king of the seque (which he always spelled the more phonetically sensible “segway,” even on his license plates.)

It doesn’t take any talent to play records. Having good taste doesn’t take much effort. But even if Monroe didn’t play an instrument with dazzling proficiently, he was a musician. An artist. He put his shows together like a guitarist builds his solos, knowing that one “clam” just blows the whole thing. At his best, he created music from music.

“One of the things that disturbed me most about the radio I listened to was the randomness of it,” he told the Chronicle. “I would be so jarred when an element would change and it just shouldn’t be there. What I wanted to figure out was how to make the transitions smooth.”

Monroe’s encyclopedic knowledge of songs allowed him to perfect his “segway” style of tying songs together. He never tired of soaking up as much music as possible and went out to the clubs almost every night after his shows. His famous streak of catching 444 consecutive nights of live music may never be broken.

He got into the belly of music’s beasts. Special programs on the nights that Doug Sahm, Townes Van Zandt, and Blaze Foley passed away remain some of the most moving hours of Austin radio. Monroe provided solace and inspiration.

A native of Indiana, Monroe attended Ball State University, where he had a friendly rivalry in the radio/television/film department with David Letterman. Watching his former classmate’s career soar didn’t make Monroe jealous in the least. He was following the dream he had as a teenager making his radio debut as a high school basketball announcer. Larry Monroe lived to make a connection through music. He wanted to play something that the listeners would hold in their hearts, and after so many years of that he became a piece of this town’s spiritual infrastructure.

After KUT cut the hours of mainstays Monroe and Paul Ray, an organization called Save KUT put together “Twang Dang Doodle,” a three-club event to raise awareness of this homogenization of Austin radio. A DJ lost some hours — not to mention a pension the next year — and a big segment of the old Austin scene felt a greater loss. But KDRP rekindled the listener love affair.

Just about every Austinite has a story about what brought them to Found Town. For Monroe, it was the promise of more musical freedom to play what he wanted. He thought he’d hit the freeform jackpot in 1971 when he got a show on WABX in Detroit, one of the great underground stations in the country. In a 2010 interview, Monroe recalled an interview in Detroit with Kris Kristofferson. “He stormed off the stage because the sound was awful, but I caught up with him and, among other things, he told me about a couple of songwriters from Chicago — John Prine and Steve Goodman — who didn’t even have record deals at the time.” Monroe was always hot to hear great new songwriters.

But after a few months, Monroe and the rest of the WABX staff were informed that the station would be changing to a more commercial format. Monroe quit on the air the next day.

Disillusioned, he gave up radio for a couple years and took a social worker job. But he had a change of heart and moved to Nashville to restart his radio career. But the most exciting music scene in the country in the ’70s was down in Austin, where Willie Nelson, Jerry Jeff Walker, and other dope-smoking Hank Williams fans created the “progressive country” movement.

So Monroe moved to Austin in 1977 and got a job at KOKE-FM, which was radio ground zero for the cosmic cowboys. But just as with Detroit, the station’s format changed to a commercial playlist format not long after he arrived. “My heart just dropped,” Monroe told the Chronicle in 1997. “My job had disappeared.” He bounced around a few Austin stations, but he finally got his dream job on March 1, 1981, when he was hired at KUT.

There are these words that go around these days like “tastemaker” and “stakeholder” and “gatekeeper.” And they all fit what Larry Monroe was to Austin, but there’s something else. Something deeper. He upheld a standard of music in this town. It’s not just for the background. It’s a way of life.

“Larry Monroe was the live music capital of the world,” someone wrote on Facebook in that wild flash of grief that held the town like an ice storm. Friday. Written in an emotional torrent. But true nonetheless.

Previous post Wax Poetic: Merle Haggard's "Back to the Barrooms"