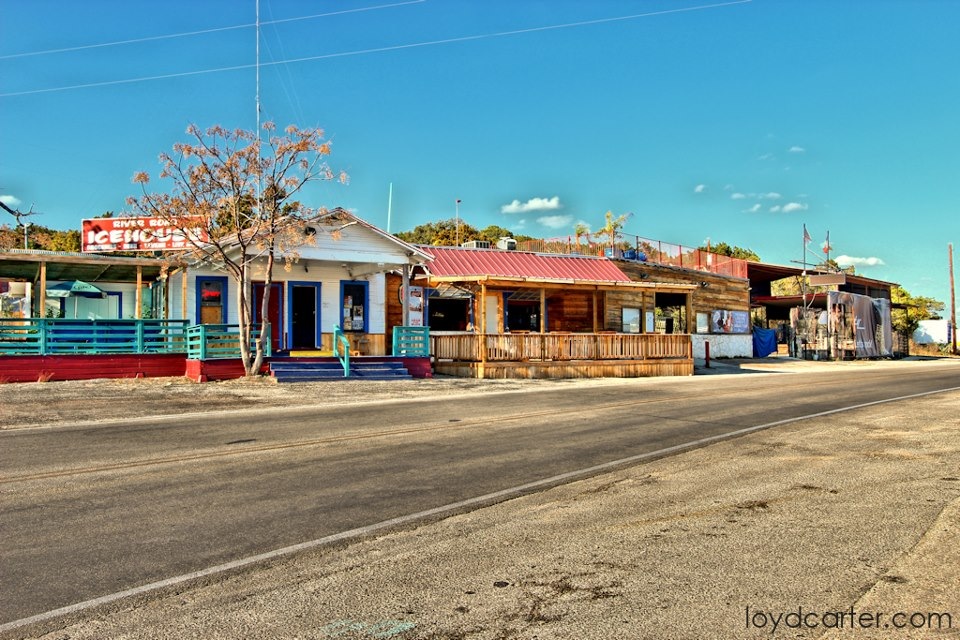 As music venues in the Texas Hill Country region go, the River Road Ice House doesn’t need much of an introduction. Situated less than a quarter mile from the Guadalupe River, at the “Y” on River Road, the Ice House has long been the ideal destination for those looking to enjoy tubing and live music in the same afternoon. The original structure dates back to the 1930s, and over the years has been known as the River Road General Store, Amigo Mel’s and Molly’s Oasis. It was renamed River Road Ice House in 2001, when its owners at the time shifted their focus from tube and cabin rentals to booking live music. Since then, the place has hosted a who’s who of acts from the Texas country, Red Dirt, and Americana scene — including many an artist played in regular rotation on New Braunfels’ KNBT-FM, located less than a beer away from the Ice House’s front door. Pat Green and Cory Morrow both played to big crowds there back in the day, and the Eli Young Band got a taste of things to come when they headlined a sold-out show at River Road shortly after releasing their debut album. So when local businessman Nick Sisoian purchased the property last year, he was keenly aware that he was buying a piece of Texas music history. 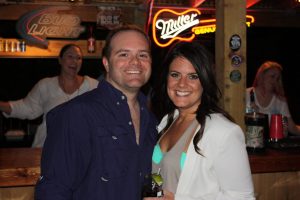 He already owned Billy’s Ice, a cozy nightclub inside the city limits that features live music nightly, but with River Road Ice House, he saw a bigger picture. “I knew I wanted to get more involved in the music business, so I was looking for something when the opportunity came along to purchase River Road Ice House,” he says. “But getting it to where it is now has been an 18 month process.”

It’s that “getting it to where it is now” part that’s key here. Because from the mo- ment he took over, Sisoian’s goal has been not just to buy into River Road’s past, but to invest in the venue’s future by taking a great venue and finding ways to make it even better. He started with the main outdoor stage, which was big enough for some of the most popular acts on the scene but awkwardly sit- uated, facing away from an existing hillside.

“That was one of the first things we knew we needed to change,” says Sisoian. “We moved the big outdoor stage so that it faced the hill, which made full use of the natural amphitheater. We also added VIP seating on the roof of the original build- ing, but I kept the general admission area in front of the stage. This was important to me, because I wanted fans that couldn’t af- ford a higher ticket price to be able to come and see a good show without having to spend a lot of money.” 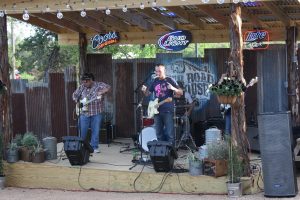 The Court Nance Band performing on the “day” stage of the new Bier Garden at River Road’s grand re-opening in 2014. (Photo by Dale Martin)

Sisoian looks forward to utilizing the re- modeled venue for charity events, like the ones he’s hosted at his other venue. “We’ve held many events at Billy’s Ice, like ‘Locks For Love’ and various artist benefit shows,” he says. “So far we’ve raised over $300,000 for charity. With River Road Ice House, we can take that to the next level.”

And though all the upgrades entailed a lot of time and hard work, the end result — as revealed at a grand re-opening celebration in April — is indeed impressive. This is a night- and-day total makeover from the ground up. And it’s not just the fact that River Road now boasts four different stages, each designed for a different type of show; it’s the overall vibe of the place that’s changed, too — and for the better. Whereas the venue used to have a very touristy air about it, simply be- cause of its location, it now has more of a hometown feel — the kind of hangout that the community can truly call its own.

Of course, visitors are still very much welcome. And with the River Road Ice House now hosting live music seven days a week — with big plans underway for a summer concert series plus major shows in the works for all coming holiday weekends and the annual Greenfest coming up on July 26 — it probably won’t be long before music fans from all over the Texas Hill Country and beyond start feeling right at home here, too.