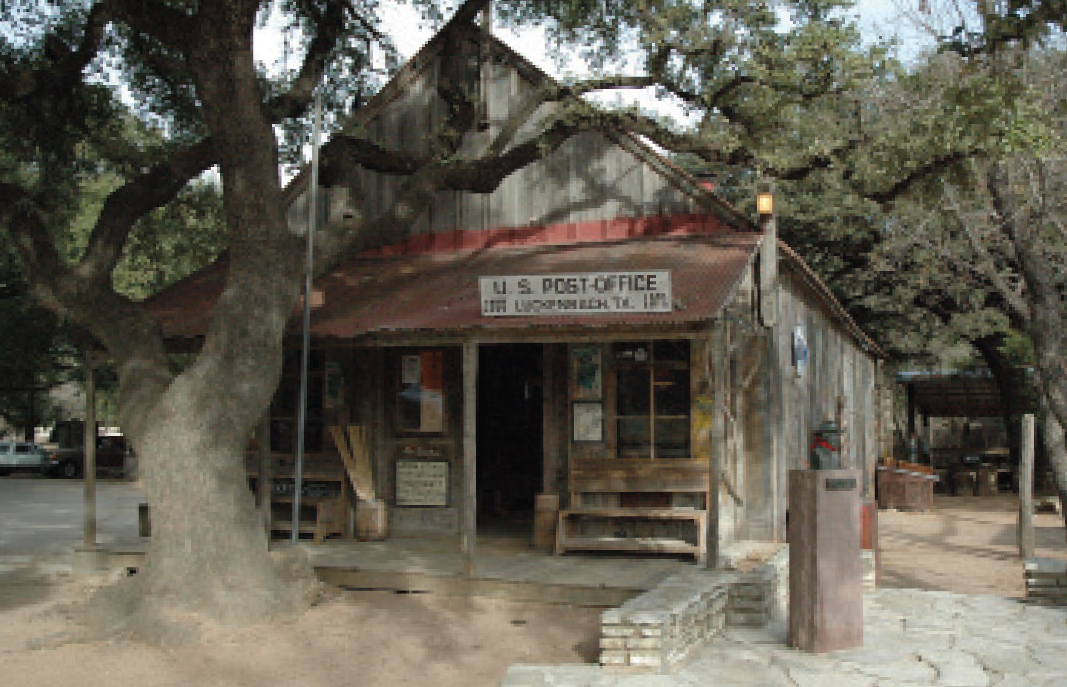 When Guy Clark told his songwriting buddies Chips Moman and Bobby Emmons about a cool little place well off the beaten path called Luckenbach, Texas, they sure knew a great song idea when they heard it. Waylon Jennings and Willie Nelson ended up recording their little paean to escaping the rat race in search of a better life in the Hill Country, and took “Luckenbach, Texas (Back to the Basics of Love)” to No. 1 on the country charts and No. 25 on the pop charts in the spring of 1977. The crossover hit would make Luckenbach a destination for music fans from around the world — and probably helped direct a few new fans to the music of lyrical mentions Mickey Newbury and Jerry Jeff Walker in the process.

And yet … hard as it may be for any Texas music fan over a certain age to believe, according to Abbey Road, event manager for Luckenbach, “there are a whole lot of people who’ve never even heard the song.” But they still come out to the tiny hamlet 50 miles north of San Antonio and 70 miles west of Austin (or, just down the road form Fredericksburg), and they come in droves. Many have come to know the town as a Hill Country motorcycling destination on Texas Independence Day or for its ever-growing blues festival. Others come for the occasional Friday and Saturday night dances in the dancehall (where some of the biggest names in Texas music have played), or for the acoustic Sunday afternoon concerts and song pulls. Hundreds came to Luckenbach for the first time a few years back to set a Guinness World’s Record for the most guitar players performing the same song in one place. And some folks come just to drink a beer and buy a souvenir in the general store.

And that’s about it, frankly, because there’s really not much else to see in Luckenbach — just as there really wasn’t much to it back in 1970, when the late, legendary raconteur John Russell “Hondo” Crouch bought the old ghost town and started inviting his friends out to while away the days and watch the moon. Luckenbach, above all else, is a state of mind more than a “town” or venue. And it’s the galvanizing fact that “Everybody’s Somebody in Luckenbach” that makes the place truly special.

That’s not just a catchy bumper sticker slogan or words on a T-shirt (both of which you can pick up in the aforementioned general store, natch). It’s a guiding principle and one you’ll most find on display at Luckenbach’s famous picker’s circles that convene behind the town’s post office.

“The most coveted slot at Luckenbach is to host the picker’s circle,” says Road. “Most everybody I book for the dancehall also wants to do that. I tell them, ‘Are you sure? You have to sit out there for four hours and play with everyone who drops in.’ But the picker’s circles are a reflection of Hondo’s belief that a lot of times the best music is free music, played just for the fun of it.”

It was Hondo’s ability to get the most out of his ability to play four chords — combined with his laid-back, often nonsensical ways — that gained him the admiration and lifelong friendship of Jerry Jeff Walker, who recorded his classic ¡Viva Terlingua! in Luckenbach in 1973.

On any given Sunday, you’ll find scores of happy tourists, strumming singer-songwriters, and heavily tattooed bikers wandering around Luckenbach and soaking up the vibe. There’s also dozens of chickens.

“We get tourists who are absolutely infatuated with those chickens,” says Road. “Fortunately, they’re also some of the most docile, friendly animals you’ll ever see.” They’re apparently music lovers as well. One night Jason Eady was onstage and his playing incited in a chicken fly by that resulted in the feathered fan roosting on his guitar neck. “Jason never missed a lick,” recalls Road admiringly.

Finally, it’s not just the live music fans who come to Luckenbach. It’s the finally resting place of hundreds of souls who loved the spirit of the town so much, they wanted to experience it, well, forever. “We get people all the time who want to spread their loved ones’ ashes around here and use it as a secret burial grounds,” Road notes. “We had a family that came from Canada a while back with their son in a beer can.”