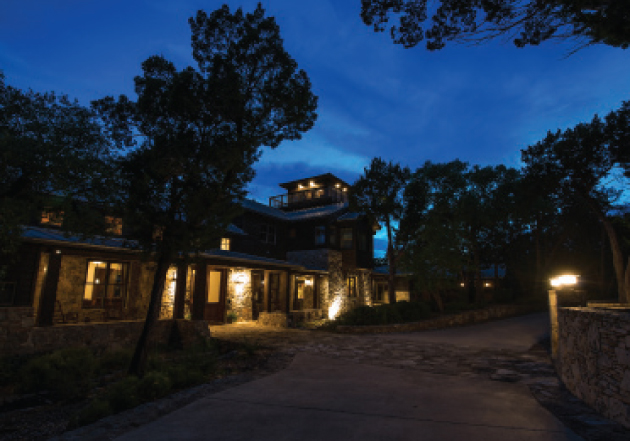 Like so many of life’s special events, an evening at Wimberley’s Blue Rock Artist Ranch and Studio requires a bit of planning. For one thing, getting there is not exactly easy: It lies at the end of many winding and wandering paths. But don’t let that detract you, because as you meander your way through the beautiful Texas Hill Country, you’ll find the hurry and noise of real life slowly slipping away, and by the time you are welcomed by Blue Rock’s hospitality team, you’ll be more open to receive the memorable evening awaiting you. 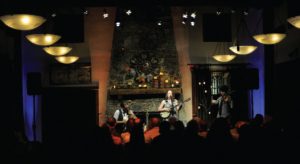 Seeing a show at Blue Rock is like seeing a show in someone’s living room — someone, that is, with a hyper attention to detail, impeccable taste, and a very large house with a central room that just happens  to be designed by sound engineers. Oh yeah, and someone who, about once a month, invites artists like Ruthie Foster, Joe Ely, and Sarah Jarosz over to sit in front of the fireplace and share stories and songs for an attentive crowd of about a 100 music aficionados. Think of it as an intimate house concert staged in what is truly the five-star resort of listening rooms.

Oh, and if a show is sold out — and yes, they all sell out well in advance — fans can still share in the experience from home, thanks to high-definition webcasts of all Blue Rock shows. But there’s nothing quite like being there, chatting with fellow patrons over coffee and homemade desserts on the huge back deck before the show and during the break. From there, you can behold the stunning view of a creek that feeds into the Blanco River. Before dusk fades to dark, look for the large blue rock in the middle of that creek, which, along with blue-grey fieldstone common to the area, gives Blue Rock its name. 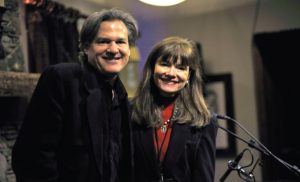 But Blue Rock is more than just another pretty place. It was conceived as a way to combine proprietors Billy and Dodee Crockett’s love of music and hospitality. “It’s a place where people can come and be creative, and we can really nurture the creative life and the music that we love,” Dodee explains. Blue Rock fulfills this vision by providing not only the grand listening room with its crisp, clear sound, but also a state-of-the-art recording studio (including a console designed by Rupert Neve, the father of modern recording), gracious hosts, a professional crew, artist housing, and most importantly, the space for artists to commune with their muse. It’s no wonder that artists like Lyle Lovett, Mary Gauthier, and Jesse Winchester have all found their way to Blue Rock.

Each detail at Blue Rock is aimed toward the higher purpose of cultivating creativity. Donations received for coffee and desserts are contributed to Wimberley’s after-school arts program, Arts From the Heart. The Blue Rock Foundation sponsors periodic workshops and publishes an annual journal, The Blue Rock Review, with the aim of “creative engagement for everyone.” The journal, which invites poets, photographers, essayists, painters, songwriters, and other artists to submit works inspired by or addressing a particular theme, is sort of a Paris Review of the Texas Hill Country — though the impact is not just regional. It serves to nurture the creative spirit of the Blue Rock community extending across the globe.

So, whether you make the pretty drive to Wimberley to see a show or attend a workshop, or enjoy a live webcast and read the journal in the comfort of your own home, you’ll find your life richer for having taken the journey to destination Blue Rock. For more information — including archived performance videos and a schedule of artists booked for Season 8 of the Blue Rock Concert Series (beginning Thursday, Sept. 12), visit www.bluerocktexas.com.