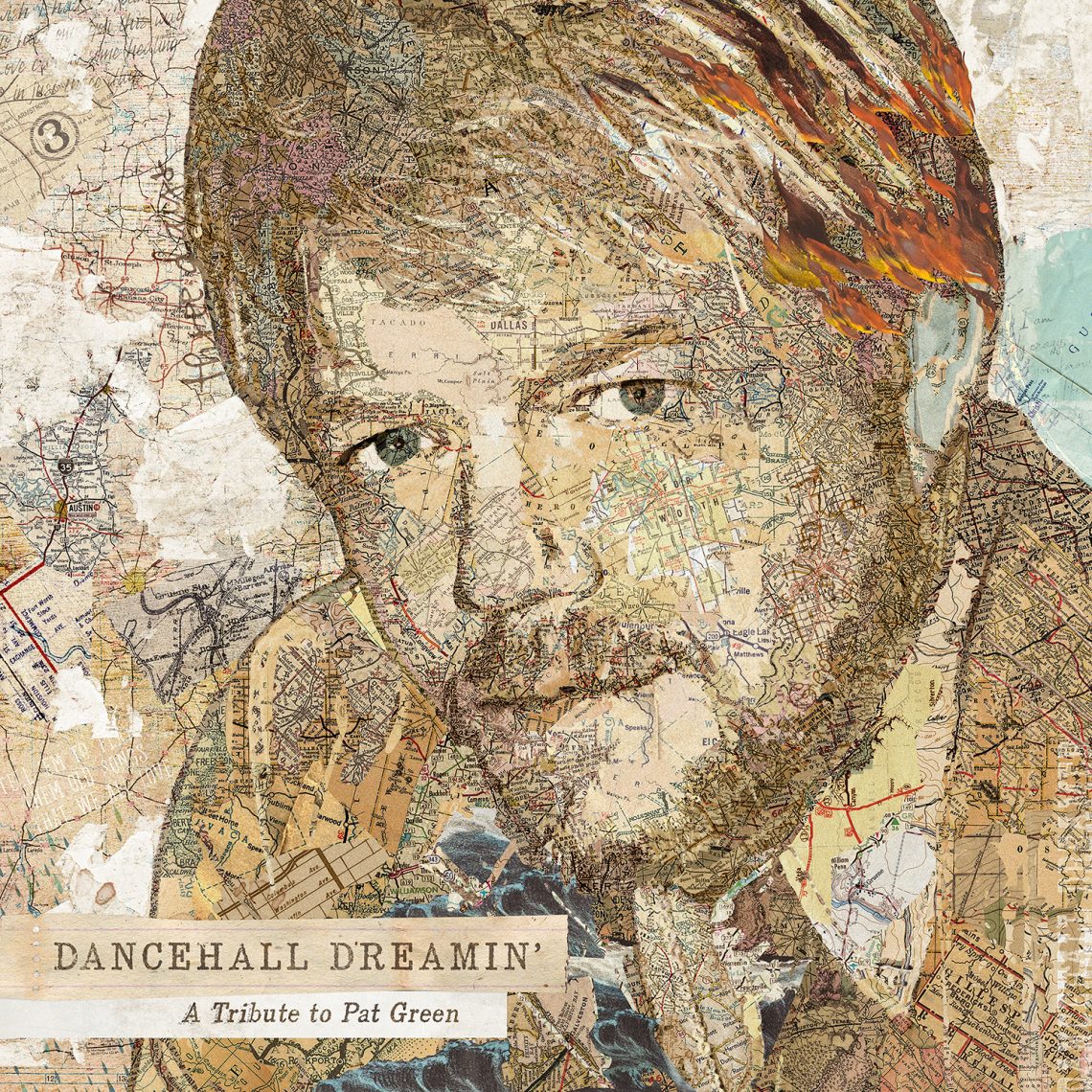 Although Dancehall Dreamin’ may be the first official multi-artist salute to the man’s music on record, it’s not going that far overboard to say that the Texas independent country scene as we know today it is itself sort of a tribute to Pat Green. Most of the things that people loved about his first few records around the millenial turn are still prevalent in the modern version of Texas country: relatable storytelling, raucous good vibes, some earnest name-dropping, and a streak of outlaw independence leavened by well-meaning-college-bro kindness. Some of the arguable “sins of the father” still resonate, too; it can get a little repetitive, a little solipsistic, and some of the flirtations with Nashville don’t quite pan out. Whatever your criticisms of Pat Green (then or now) might be, at least he can claim something resembling first dibs, translating his reverence for Robert Earl Keen and Jerry Jeff Walker into something new for his own generation. In the process, he helped open up a new career path for songwriters and musicians who didn’t want or need the mainstream machine to get their songs heard. It’s not his fault if some lesser artists jumped on his bandwagon, or if a whole region’s generation of country and country-ish artists were lumped in with him for marketing purposes.

But it’s much to his credit that many of the genre’s flagship artists still tip their hats to Green, even if it became sort of (unfairly) unfashionable to do so around the time of the attempted pilgrimage to the mainstream heralded by his biggest hit, “Wave on Wave.” That one’s handled capably and appropriately on Dancehall Dreamin’ by Jack Ingram, an old running buddy who knows a thing or two about having to balance commercial pressures and artistic concerns. Old friends Walt Wilkins and Cory Morrow are on board as well, making standout contributions of their own.  Wilkins generously avoids the obvious joke of covering one of his many own songs that Green covered in the past and instead offers up a sweet, fully-realized take on “Washington Avenue.” Morrow, Green’s closest compadre from their respective heydays, makes one of the album’s more ambitious moves by reimagining “Adios Days” as slightly spaced-out folk rock, a departure creative enough to spark interest in whatever original project he’s got coming up next.

A tribute album that was all Green’s peers would’ve been an intriguing prospect, but there’s some relative youngsters on hand as well. William Clark Green’s take on “Wrapped” has enough simmer and grit to make for a solid opener, and John Baumann’s slow-burn take on “Nightmare” accentuates the song’s humilty and reverence. Arguably the biggest of-the-moment marquee names on hand — the Randy Rogers Band (“Three Days”), the Josh Abbott Band (“Take Me Out to a Dancehall”), and Aaron Watson (“Crazy”) — all come off spirited and pleasant enough, not changing much from the originals aside from their distinctive vocal phrasing. Each singer is arguably a more gifted vocalist than Green in terms of range and tone, but the feeling that they don’t quite outshine the writer’s take on the material is testament to the unique charisma of Green’s delivery.

The only real left-field entry here, in terms of probably minimal fanbase overlap, is Americana standout Drew Holcomb, whose minimalist finger-picked take on “Dancehall Dreamer” is a reminder that Green’s more thoughtful numbers fare just fine outside of a beer-soaked rager.  Kevin Fowler’s closing take on “Southbound 35” swings a bit too hard in the opposite direction; on his own albums, Fowler frequently blends hard-rock riffs with honky tonk vocals to good effect, but the breezy subject matter here just doesn’t mesh with the pounding, metallic riff underpinning it.

Given Green’s knack for spotlighting female artists with duets on his own albums, it would’ve been nice to have at least one female artist in the mix, and some more stylistic departures (successful or otherwise) might’ve bumped up the interest factor here. But the album’s a solid listen overall, and it’s heartening to see a tribute album honor an artist who’s not only alive and well but still young enough himself to capitalize on it. — MIKE ETHAN MESSICK