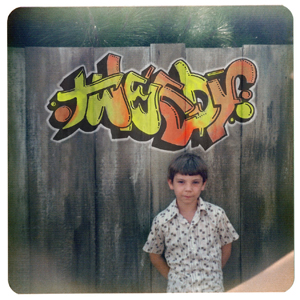 For a band whose name derives from the voice procedure term for “will comply,” Wilco has been at its best when dealing with conflict: Jeff Tweedy vs. personnel or Tweedy vs. addiction or Tweedy vs. depression or the stylistic tension that occurs when you set murderous lyrics to pretty melodies. But the Wilco of the past 10 years hasn’t quite found the tension of its earlier iterations. Tweedy has captained a band of tremendous dexterity, but in doing so has lost some of its scruffy soulfulness. Enter illness, though, and an old ghost is reborn.

Sukierae takes as its title a nickname for Tweedy’s wife, who was diagnosed with a pair of cancers. But this isn’t simply an album about a sick loved one, just as it’s not a Jeff Tweedy solo album: credited to the band Tweedy, Sukierae is a musical dialog between Jeff and his young son, Spencer, a gifted drummer of incredible range. Lyrically, the older Tweedy expressively writes and sings songs here that dig into a new conflict that illness pulled to the fore: the one between age and youth. Wilco began to become itself on its second album with a dark and experimental song/ proclamation called “Misunderstood.” Sukierae opens with its aged counterpart: “I don’t wanna grow up,” Tweedy sings before getting to his point, “I don’t want to be so understood.” Why? “Boring, boring, boring.” So he spends the album kicking against the dulled pricks. On “World Away,” he wants to freeze the sun and steal a moment. On “Wait for Love,” he references “distant days” and a sweetness that slips away. A gorgeous melancholy arises when an artist fights with time. The album’s finest moment of bruised beauty is “Nobody Dies Anymore,” a song that defies time as its author tries to sweep wisdom aside to capture some elusive wisp of youth. The tune’s childlike request suggests both Daniel Johnston and Neil Young. “I’m going,” Tweedy sings, “to where nobody dies anymore.” It’s the kind of simply deep song that can leave you breathless.

Father and son designed the music to complement the songs: The softer ones are cradled, the sharper ones made to bristle with electricity. Tweedy’s guitar playing is soulful and expressive throughout, and his son provides sympathetic support; the rapport feels like the sort of vocal harmonies only family members can achieve. By most measures Sukierae runs long — 20 songs over 73 minutes. But it plays like a river ride. If a contemporary record exists that disregards time in our message-every-moment culture, this is the one. — ANDREW DANSBY