Turnpike Troubadours: “A Long Way From Your Heart” 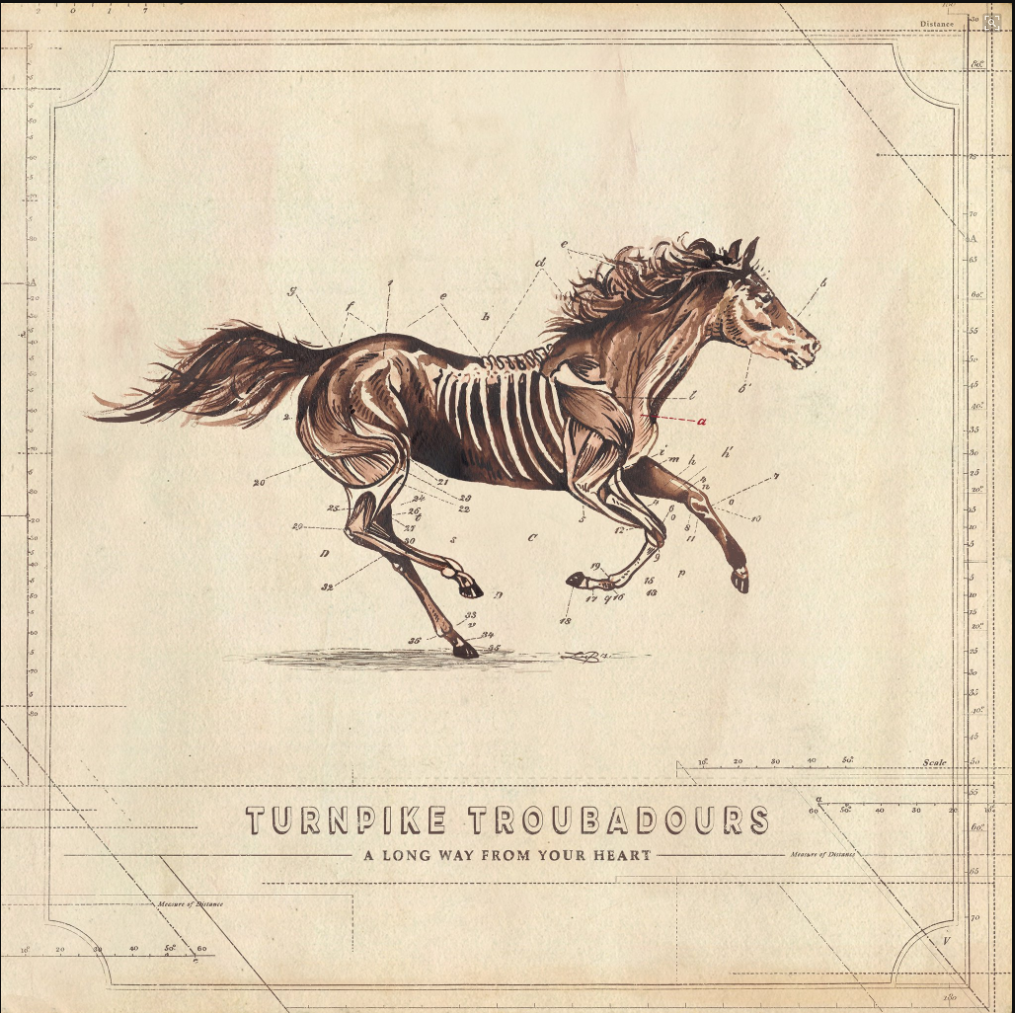 The Turnpike Troubadours have been on a long, steady climb from humble Oklahoma bar-band roots to being one of those rare independent country acts that can draw crowds and sell records more or less on par with whoever the mainstream country machine’s strapping the rocket to this year. Their still-burgeoning popularity doesn’t seem to have come at an artistic cost, either; if anything, they’ve just gotten more adventurous and distinct with the years, albeit still within the comforting bounds of straightforward country instrumentation and production. Their new music remains in demand with both casual fans and the hardcore types prone to losing a little sleep at night worrying that the Texas country/Red Dirt revolution might have completely lost its anti-establishment edge and morphed into a bland echo of the contemporary Nashville sound instead of a strident challenge to it. Not that the Troubadours go out of their way to take potshots at the Nashville establishment; over the course of the last decade, they’ve always been more of a lead-by-example kind of outfit. Their best songs — and to these ears you’d be hard-pressed to find a bad one — strike an enviable balance between relatability and mystique, consistently landing on the right side of drawing an audience in naturally versus straight-up pandering. Their fifth and latest album, A Long Way From Your Heart, has both much to build on and much to live up to. It succeeds at both.

The opening track (and lead-off single) “The Housefire” is a good encapsulation of what makes the band (and frontman Evan Felker’s songwriting) something special: in under four minutes, there’s a poignantly sketched vignette that sums up the anxieties and ultimate triumphs of adulthood and parenting, served up over a muscular midtempo country grind buoyed by resilient fiddle licks. There’s also fact that the specifics of the women, guns, vehicles, etc. in this song and others have already sparked some online speculation about a shared Turnpike Troubadours universe of characters and incidents; it’s all kind of tongue-in-cheek, sure, but it does highlight Felker & co.’s knack for putting out the sort of songs that encourage and reward hanging on every resonant, finely detailed line.

Gifted a writer as he is, Felker wasn’t shy about collaboration this time around, and his choices of co-writers are heartening. There’s onetime bandmate and fellow Okie John Fullbright (the wistful “Pay No Rent”); genre-busting Austin music vet Kevin “Shinyribs” Russell (the hopeful “Something to Hold On To”); Hill Country chanteuse Jamie Lin Wilson (the stripped-down “Stars in Oklahoma”); and a couple standouts with near-honorary bandmate Jonny Burke and actual bandmate RC Edwards (“Pipe Bomb Dream,” “Old Time Feeling (Like Before)”). At a point in their career where an artist — or at least their management — might be itching to book writing dates with Music Row stalwarts, it’s nice to see Felker picking partners over on the cutting edge.

Meanwhile, his solo compositions, including the aforementioned “Housefire,” the breezy smart-assed “Unrung” and the rollicking “The Hard Way,” all pack just as much punch, and his laconic, flexible drawl remains one of the genre’s better voices. But there’s a reason the marquee says “Turnpike Troubadours” and not just “The Evan Felker Show.” The band’s commitment to kicking up ear-grabbing dust and dynamics — Kyle Nix’s fiddle seems to find the driver’s seat most often, but there’s not a bad lick in the band — still stays impressively within the reins of recognizable country music. To the uninitiated, think “Ramblin’ Fever”-era Merle Haggard with just a trace of Alabama’s country-pop shine and a stiff shot of Old 97s’ country punk. To those already on board, rest assured that the band’s climb continues with their lyrical intelligence and barnstorming musical grace intact. — MIKE ETHAN MESSICK