Q&A: Cody Braun The Reckless Kelly multi-instrumentalist talks about the first-ever vinyl pressing of the band's debut, "Millican," out Oct. 20 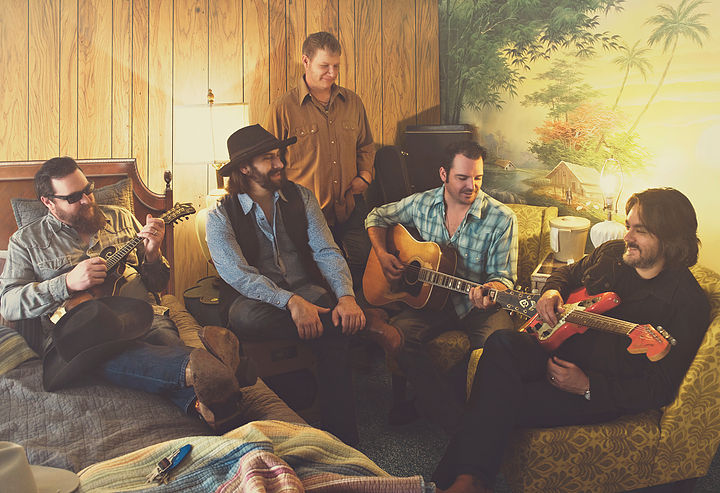 Sometimes bands and artists treat their debut projects — justifiably or otherwise — like a bad high-school picture they can’t quite erase but choose to downplay. Fortunately, Austin roots-rockers Reckless Kelly see their first album, Millican, the same way most of their fans do: not just as an endearing time capsule, but an enduring record with the same mix of twang, grit, and volume that’s influenced a whole generation of country-rockers in their adopted home state of Texas and beyond. Multi-instrumentalist Cody Braun, his singer-songwriter brother Willy Braun and their longtime compadres David Abeyta (lead guitar) and Jay Nazz (drums) found a sound on that record that they’ve enriched and deepened through the years but never chose to abandon. To the contrary, they are celebrating the 20th anniversary of the album’s release with a remastered, double-vinyl reissue edition (out Oct. 20), complete with two previously unreleased songs, including the long-lost title track. Cody Braun was kind enough to talk with us about revisiting that first jump into an already-long and satisfying recording career.

So how does a 20-year-old album sound through the ears of one of the guys who helped make it?

Ha ha, man let me tell you, it was really cool going back into Arlyn Studios here in Austin where we recorded it. Pulled it up on the old reel-to-reel and started listening to it, we listened to a few tracks and then had to pull it off because we realized that the tape had just — in the process of bouncing around from closet to closet over 20 years –—needed to be worked on. So we took it to Terra Nova Digital Audio here in Austin and they did what they call “baking the tapes,” where they take that two-inch tape, put it in a convection oven, and bake it for like 24 hours. 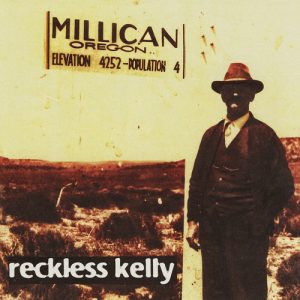 I did see that on the website and wasn’t sure I could believe what I was reading. Seems kind of counter-intuitive right?

Yeah, it sounds like the opposite of everything you’ve ever read or thought about doing, but yeah sure enough [after the baking process] we were able to pull everything off of it and it came out great! We remixed two songs that were not on the original record, they were supposed to be, we’d recorded them at that time. That was really fun, getting to hear those tunes again. When we recorded it we’d just gotten into town [Austin] about a year before I guess, not even quite a year, and things were kind of blowing up for us. Playing six or seven nights a week, popping into the studio, we’d go in the morning and then go again after our shows sometimes, about 2 or 3 in the morning and bang through some stuff. And yeah, it was really fun back then … the “Millican” track, it was a one-take deal, I’m not sure exactly why it didn’t end up on the record but we never really got to work on it much. I think we just ran out of money, ran out of time, and ironically that was the one song that got left off. The title track, ha ha!

Does it feel like y’all were kind of ahead of your time? There’s a lot of bands since that have been influenced by that sound, but it was pretty one-of-a-kind when it was released.

It’s really kind of hard to say … I mean, at the time, we were just trying to play rock ’n’ roll country. It was pretty natural, we were just kind of playing Willy’s songs, we were all just around 20 years old and you can definitely hear that. First time in a studio together. It’s hard for me to go back and analyze that, it just all kind of made sense at the time. And we really haven’t changed much. We were cutting pretty live then, just plug in and play.

What do feel the vinyl reissue brings to it?

Well they remastered the whole thing for vinyl, so for me that’s pretty cool; it brightens everything up a little. And when you listen to it on a real record player it just sounds so much warmer, you know? There’s nothing like it, when something goes from analog tape to vinyl. That’s a cool, perfect combination. I was listening the other day, our guitar player David Abeyta has this incredible vinyl stereo system at his house …  and we were listening to this Kevin Welch record, and when you sit and actually listen to a record on a vinyl system with tube amps and all that stuff, it’s an experience.  You close your eyes and you can see the band, you can feel it, it’s a whole different vibe than sticking a CD in a player or listening to an mp3 on earbuds. When you really sit down and have a chance to listen to a record, it’s more of an experience.

You’re about my age, old enough to remember having a record player around the house. I know you probably made your own music most of the time, as a family of musicians, but what was usually on your mom and dad’s record player?

We grew up in the mountains so we mostly had to use a tape player, like one of those ghetto blasters, something that uses batteries. So we didn’t really have a lot of records, but then again my dad [country artist Muzzie Braun] actually made records, so we had those. But hey, we had a lot of tapes.  My dad was already listening to a bunch of Texas stuff — he had those first George Strait records and he got into Lyle Lovett and Robert Earl Keen, Steven Fromholz and Chris Wall, Jerry Jeff Walker.  And my mom was a big Glen Campbell fan, plus we had some old rock ’n’ roll like Chuck Berry and the Everley Brothers. Jackson Browne. Plus lots of Western music like what we were playing back then. Riders in the Sky and stuff.

How many of these old tunes from Millican make it into your setlist so many albums later? Are there any you’re reintroducing to celebrate?

Man, it’s funny, we still probably do four or five of those songs a night anyway. “Back Around” and “I Still Do,” “Baby’s Gone Blues” once in a while. Still pull out “Hey Say May” sometimes. And then “Wild Western Windblown Band,” that’s a bonus track on this reissue, we still do that one almost every night. Quite a few of them still fit in there.

I know the last new album, 2016’s Sunset Motel, is still pretty fresh in people’s minds, but has reissuing this old one sparked y’all’s creativity already? What’s next?

We’ve already started thinking about it, probably looking at recording again sometime around the end of this year or early next year, then about six months later  it’ll be time to put it out. No definite plan yet, really, but that is the kind of timeline we like to work on.

Already got the Dodd sisters [Sara and Shauna Dodd of the Grammy-winning Backstage Design] working up some artwork for it?

Next post Turnpike Troubadours: "A Long Way From Your Heart"