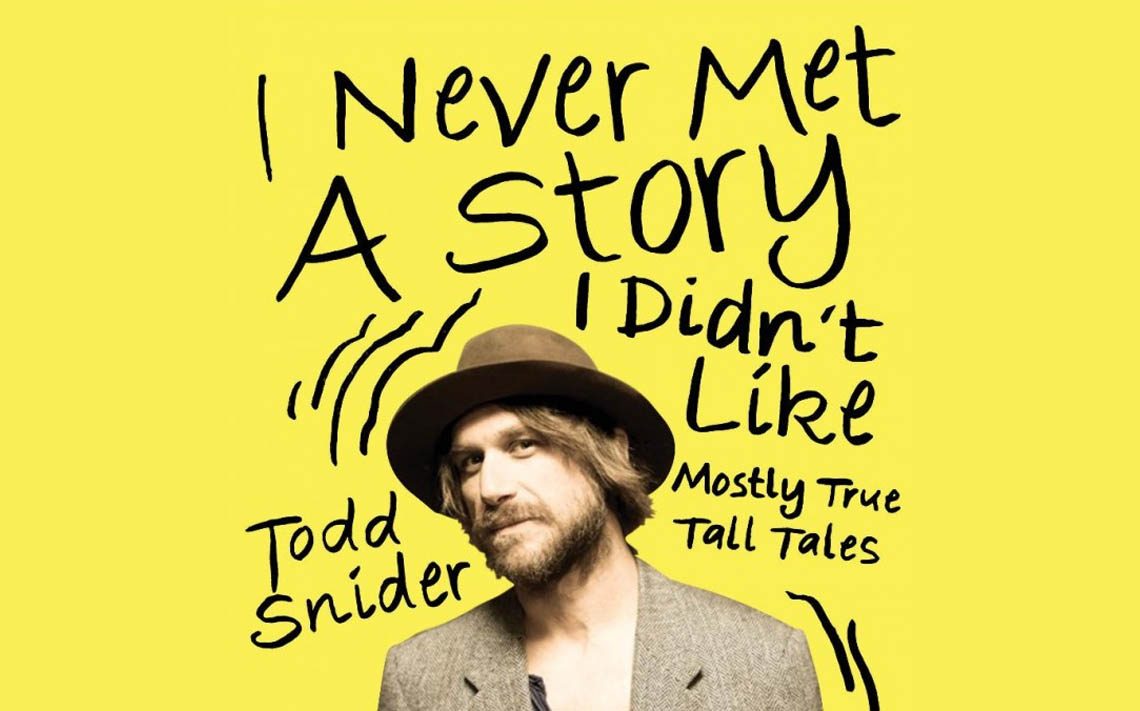 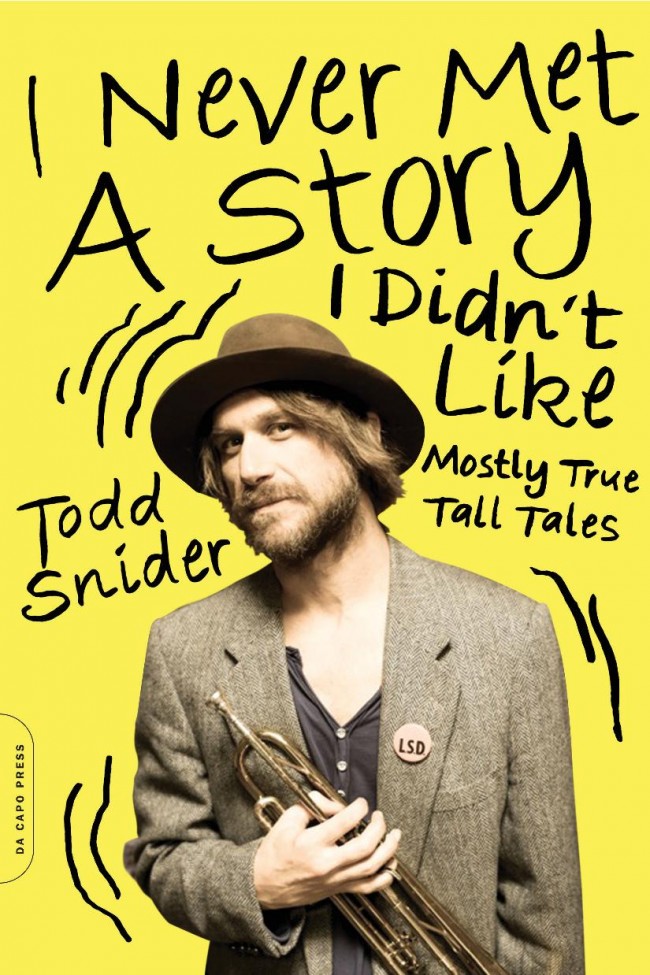 Anyone who’s ever listened to a Todd Snider recording or witnessed him standing barefoot onstage knows his storytelling genius cannot be disputed. His gonzo-hip stream-of-consciousness stage patter and impeccable timing no doubt inspired more than a few Moth Radio Hour participants, and his wordplay-filled, simultaneously clever and moving tunes have set a high bar for singer-songwriters who aspire to entwine heart and humor into their work.

But no one could have guessed just how brilliantly it also translates into print. Snider’s book, I Never Met A Story I Didn’t Like: Mostly True Tall Tales, is not only one of the most charmingly witty memoirs to come down the literary pike in quite some time, it’s also a really good read — as in actual page-turning prose. As a series of headshaking, laugh-out-loud tales from the trenches, it’s the stuff of legend.

Snider claims he dictated all 90,000 words to his friend Peter Cooper, a journalist and fellow singer-songwriter. But no matter how it got on the page, Snider poured more than a little of his folk-country-rock soul into every drop of ink. He’s always had the ability to see himself and his foibles with extraor- dinary clarity, despite his alleged stoner haze, and process it all with so much self-deprecating humor, it’s practically a trademark.

Snider tells of having to follow songwriter Aaron Allen, who penned Willie Nelson’s “Truth No. 1,” during his first open-mic night at Cheatham Street Warehouse, then asking for the secret to becoming a better songwriter. Told he should live a life precarious enough to be able to pack up and move ev- erything he owns in 15 minutes, Snider writes, “I tell you, it has taken a lot of discipline to keep my life as fucked up as it is. Not bragging, just saying.” But the true confessions within these pages — the self-doubts, perceived failures, disappointments, people he’s hurt, opportunities he sneezed on, the mistakes made, the drugs … and the recoveries, reparations, kindnesses, the hard-won wisdom — add up to a deeply touching look at a man willing to stand naked and bravely own up to his shortcomings, while promising to do better.

Snider’s love and appreciation for his mentors and people he admires — from Kent Finlay of Cheatham Street Warehouse and the late Bob Mercer to Jerry Jeff Walker, Jimmy Buffett, Garth Brooks, Darius Rucker, and Pamela Des Barres, some of whom have earned scorn despite (or because of) their success — is equally eye-opening. Snider’s a fabulous defender of underdogs and the misperceived, immediately willing to offer the benefit of the doubt when others might not. And he still recognizes how special it is to get to hang around his heroes, like Kris Kristofferson, whom he writes about with such reverence, it makes us wish we could share these relationships. In a way, within these pages, we do. That’s another aspect of Snider’s gift for storytelling: He draws us in so completely, we feel like we’re right there with him, hanging on every sage word. He’s the fascinating friend we wish we had, regaling us with his exploits while delivering the most important lesson of all: honesty and humility matter far more than money or fame. And if you stick with the first two, you might even earn the rest.