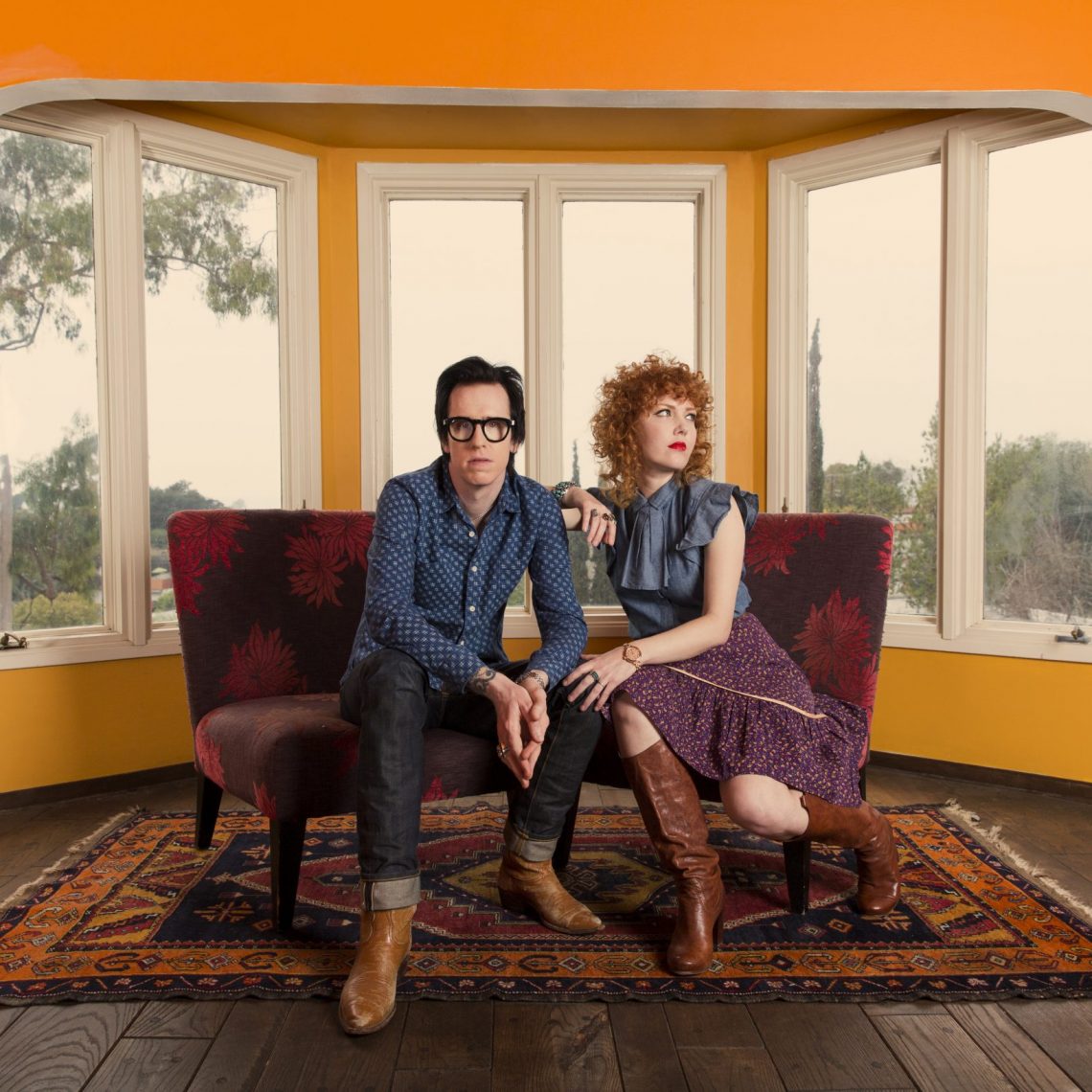 “There was this article… What was the title?” muses Eleanor Whitmore, the crimson mermaid-tressed and violin-playing half of the Mastersons. “I think it was ‘Married Couple Opens for Steve Earle.” 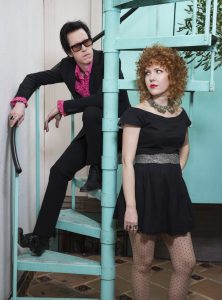 Laughter pours down the line, as a tour bus’ diesel engine hums softly beneath her phosphorescent mirth. Whitmore and husband Chris Masterson are calling from Prince George, British Columbia, where they are, in fact, opening for Steve Earle. It’s double duty: the two native Texans have also been members of Earle’s Dukes & Duchesses for almost four years. It was Earle, one of their staunches fans, who pushed the Mastersons to make Good Luck Charm, their second album and first to fully capture their chiming, breezy power-pop instincts.

“It’s funny how people hear this,” marvels Chris Masterson, the duo’s Elvis Costello-glassed, licorice whip-legged guitarist. “Some people see the fiddle, and think (we’re) country. In Britain, it was more the folk/Americana influence. In Spain, people were talking about Matthew Sweet and the Jayhawks, so by the end of the tour, we were doing a Flaming Groovies cover for the encore.”

Jim Scott (Tom Petty, Dixie Chicks, Wilco) saw that country/pop split, too — and played it up as he began the back-and-forth process of emailing demos to the Mastersons while they were on the road. “’All these songs could totally go cosmopolitan or countrypolitan,’” Whitmore remembers him saying. “And we liked the that idea he could hear both things, and didn’t want it to be one or the other.”

The result, as heard on Good Luck Charm, suggests the Bangles running through Uncle Tupelo’s garage. It’s a jaunty, confident leap forward from the slightly more dour mood of the Mastersons’ 2012 debut, Birds Fly South. “When I go back and listen, we wrote this in motion,” Masterson says of Charm. “Our first record was written in New York in the winter, and it sounds like it. This was written on the road, and recorded in California.”

“The last record was a lot of broken character love songs,” Whitmore says. “And we didn’t want to keep writing the same songs over and over. So we wrote ‘Uniform,’ ‘Good Luck Charm’ and ‘Cautionary Tale,’ and then thought, ‘How about a fluffy love song?’ We hadn’t done that.”

Masterson’s parched-plank voice on “Anywhere But Here” offers a turpentine sorta Bakersfield post-country, while Whitmore’s sober- eyed reality check on the interventionistic “Cautionary Tale” is one of the few places her gleam is a bit more muted. And when the two sing together, as they do on “It’s Not Like Me” — a fizzy jangle of
an unlikely love unfurling — it’s an intoxicating delight that’s equal parts Everly Brothers wide-eyed innocence and Tom Petty surrender.

Part of the new sheen is their willingness to embrace the obvious. Rather than eschew their husband-and-wife reality, they welcomed it into the mix. Masterson explains, “Danny (Goldberg, their manager) gets a lot of credit for this. ‘Your relationship is low- hanging fruit,’ he told us. ‘Why are you fighting something like the fact you love each other so much?’”

Still, like most married couples, they also liked having an outside sounding board. When it was finally time to record, producer Scott became an invaluable piece of cementing the magic.

“We recorded and mixed this album in 15 days,” Whitmore says. “We had the rhythm section and keyboards for four days, then all the vocals and overdubs, then mixed in three days. Jim took such great notes, we’d finish a track and he’d send us to the bar, then have us come back and listen when there was a rough mix.”

“He was always looking for the big note, which isn’t necessarily a note,” Masterson offers. “A crescendo in the song, the way a chorus moved: that place where the song ascended – and he’s really good at finding it. He pays such attention to everything as it’s happening, he really hears what’s inside a song and a performance.”

Whether it’s the loose-limbed tandem shuffle “Closer To You” or the Flying Burrito Brothers-evoking “Time is Tender,” the notion of how life slips away tempers the bliss with a reverent respect for committing to the living while you’re in the process of doing it.

“The whole thing here is not about working a song to death,” Masterson explains. “There’s a line in the sand, a definite time and place you want to capture. Not the idea of a year and studios in three cities. It’s the experience (of the music being made) that matters.”

Experience is something they have aplenty. Prior to coming together as a musical duo (they married in 2009), Masterson and Whitmore were both seasoned veterans of the Americana and Texas music scenes. Masterson spent his teens playing the blues in Houston clubs before landing hired-gun gigs with acts as varied as Jack Ingram and Son Volt, while the Denton-born Whitmore grew up performing in a family band with her folk- singer dad, Alex, and sister Bonnie (now a solo singer-songwriter) before playing fiddle and violin on dozens of album sessions for the likes of Bruce Robison, Slaid Cleaves, and Shooter Jennings.

After their current run with Earle ends, the Mastersons will continue on the road with Del Amitri’s Justin Currie, as well with dates on their own supporting Good Luck Charm. 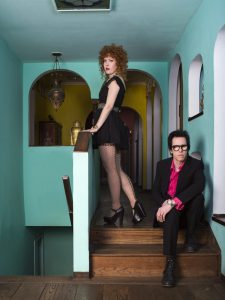 They keep busy even when they’re not playing, too; although they’re signed to New West Records and have what they call “a great team in place” helping them out, they can’t quit their DIY roots. In addition to staying on top of an endless stream of promotional duties and consciously tending to all sorts of loose-ends tying, they recently spent part of a day off in Boulder, Colo., to go to the home of E-Town producer Nick Foster in order to listen to a vinyl test pressing of their record. Between the two of them, no detail is too small to go overlooked.

“I don’t know if Eleanor and I would’ve been solo artists on our own,” Masterson says, “but we’re in this together. Putting a record out is kinda like being in labor. It just goes on and on, and you have to keep pushing.”