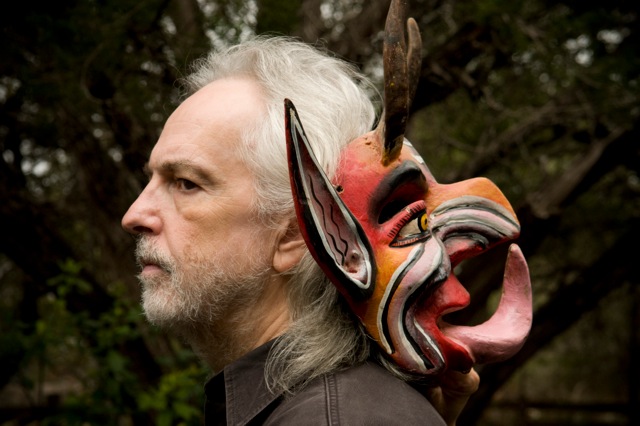 “We don’t know where these songs come from,” says Gurf Morlix, verging into the metaphysics of creativity. “We just kind of reach up and grab an idea and then try to hack it into shape.”

He’s been doing that and recording the results now for 17 years. Prior to that, Morlix was best known for playing the role of supporting sideman and producer; after an 11-year (1985-’96) run playing guitar with and producing Lucinda Williams, he went on to helm albums for Robert Earl Keen, Butch Hancock, Slaid Cleaves, Ray Wylie Hubbard, Ian McLagan, and Mary Gauthier, among others. All of that experience and more was under the journeyman musician’s belt by the time he got around to officially launching his own singer-songwriter career in 2000 with release of his solo debut, Toad of Titicaca. No, Morlix did not wait until he was 49 years old to start writing songs: that’s just when he finally started sharing them.

“I’ve been writing songs since I was 19 or something,” Morlix explains, “but they just weren’t very good. And I knew it, and I wouldn’t allow them out into the public because I could tell.” Once he started writing up to his own high standard, though, there was no stopping him; Morlix is now some nine albums of original songs into his run, the latest being The Soul & The Heal, released Feb. 3 on his own Rootball Records. 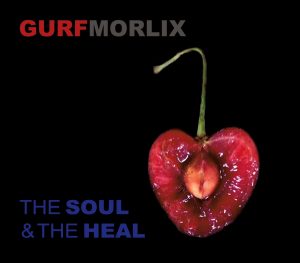 His musical journey started in the rustbelt of industrial upstate New York: born in Lackawanna, growing up in nearby Hamburg, and cutting his teeth playing with his first band in Buffalo. He moved to Austin in 1975 to enjoy a warmer climate — anyone who’s felt the icy winds off of Lake Erie can well understand why. It didn’t take him long to find his niche, specializing in enhancing the music of singer-songwriters like B.W. Stevenson and Blaze Foley with his guitar work. He would later go on to spend a good deal of the ’80s living further out West in Los Angeles (where he’d add working with Warren Zevon to his resume), but by the dawn of the next decade he was back in Texas. Outside of his annual summer trips up to a getaway in the Canadian wilderness, he’s called Austin home ever since. He lives in a house above an arm of Lake Travis, operating his Rootball recording studio out of his living room, front parlor, and a spare bedroom.

It’s a setup that has served Morlix well; although he’s certainly produced records elsewhere over the years, more than a handful of his most acclaimed projects — including Cleaves’ Break Down, Hubbard’s Growl, and Gauthier’s Mercy Now — were been made right there in his home studio. He’s made all of his own albums there, too, and at pretty prolific clip, to boot; counting Birth to Boneyard, an innovative, instrumental reimagining of his acclaimed fourth album, Diamonds to Dust, and his 2011 tribute album, Blaze Foley’s 113th Wet Dream, Morlix has averaged a new album every two years. But as is to be expected from a guy who wrote songs for 30 years before deeming any of them worthy of recording, Morlix remains his toughest critic. Looking back on his first few releases, he observes that “I could craft a song, but I don’t think I had any good spark back then.”

That changed with the aforementioned fourth album. “I had a bit of breakthrough around about the time of (2007’s) Diamonds to Dust, I think,” Morlix says of his writing. “Then, all of a sudden some of these songs, I would play them for people, and they would say, ‘I’m really moved by that.’ And the bar was raised. And all the songs had to be better and better. So that’s what I’ve been working at for the last eight years or so.”

It helps, of course, that Morlix has had ample opportunities throughout his career to study the process from some of the best of the best. He would ask the very talented songwriters he produced how they knew when a song was finished. Mary Gauthier told him “it’s when you can play it in a writers-in-the-round, and Guy Clark goes next.” But the consensus answer was simply, “Well, it’s not finished until it’s as great as it can be.” And if that takes “five years or more,” Morlix adds, well, that’s just fine.

“I’ve got songs now that I’ve been working on five years and they’re not finished yet,” he explains. “And there might just be one line that’s bothering me. But I’m going to keep working until I get it. And when I get it, it will be worth 10 years if that’s how long it takes.”

In the meantime, though, he proudly deems The Soul & The Heal “a noticeable step for me … I think it’s the best one that I’ve done, and I am really happy with that.”

The new album arrives a year to the month after Morlix suffered a heart attack last February. It hit him while he was behind the steering wheel in the middle of a traffic jam. “I was driving to a gig in Orlando at about 11:30 in the morning and I was dead stopped in the fast lane stuck in Disneyworld traffic,” he recalls. “I managed to to drive myself to the hospital.”

The songs on The Soul & The Heal were written prior to the event, yet a number of them feel as if they came out of such a major life crisis. “Exactly,” Morlix says. “It somehow fits together in a mysterious way. It was pointed out to me that some of them could have been written by someone who survived a heart attack. But really nothing caused it to happen other than that’s where my writing went.

“Most of my albums have been kind of dark and kinda wry, songs about friends who have died and stuff like that,” he continues. “People say they’re dark. I don’t see them that way. I see them as up lifting. But I think this one is a lot more uplifting than the others. There’s a little more … maybe it’s just that I am getting older, but a little more love on this one, I think.”

Fittingly, Morlix has found himself learning to love to perform his songs live more over the years, too. “I put out my first three or four records not wanting to tour at all, and I might have only done one gig per record,” he recalls. “I thought I might wanna [just] be a studio band.” But the more people started noticeably responding to his newer songs in a live setting, the more he actively wanted to hit the road and play them for as many people as he could find.

“Having that response is worth all the crap in the world I would go through to get to some of these places,” he enthuses. “So I’m looking to go play anywhere anyone wants to listen. I love it, and I love being able to talk to people afterwards. It’s just really fulfilling. A standing ovation goes a long way towards making me feel good.”

But having devoted so much of his career both onstage and in the studio to the cause of helping other artists and songwriters, seeing his friends getting their justly deserved ovations — even belatedly — makes him feel pretty good, too. Especially in the case of the his late pal and musical compadre Blaze Foley, the murdered Austin cult singer-songwriter who is revered by a small yet passionate coterie of fans and fellow writers. Morlix has long played an important role in keeping Foley’s memory and songs alive, and not just via his aforementioned album of Foley covers, Blaze Foley’s 113th Wet Dream; he’s also had a hand in producing and mixing the posthumous Foley releases Oval (2005) and Cold, Cold World (2006), and helped promote director Kevin Triplett’s 2011 documentary, Blaze Foley: Duct Tape Messiah via both interviews and a run of Foley tribute shows accompanied by screenings. Next up? A role in director Ethan Hawke’s feature film Blaze.

“I play a character name Gurf: Bit of a stretch, really, but I think I pulled it off,” Morlix says dryly. “I play the bass player in the band at Blaze’s last concert at the Austin Outhouse right before he was killed, which the movie kind of focuses on.” He also worked on the film’s music with Charlie Sexton — who according to IMDB plays Townes Van Zandt.

Blaze, slated for release in 2018, is already in post-production. Morlix still can’t believe it ever happened, but he is nothing but optimistic about its potential to help introduce more people than ever before to his late friend’s legacy.

“There was talk of a Blaze Foley feature film for years, and I just kept thinking, that could never happen — they’re dreaming! It’s an interesting story, but no one knows who he is; what hook are you gonna hang that on?” he admits. “And then Ethan Hawke came along and he fell in love with Blaze’s music. And then he read Sybil Rosen’s book, Living in the Woods in a Tree, which is a great book. It’s about her and Blaze as young lovers living in a treehouse. It’s not a music book; it’s a love story, and it’s really well written. Ethan read that and just fell in love with that, and decided to co-write the screenplay with Sybil. And the hook he is hanging all this on is Blaze’s music, which I think is just brilliant.”

In between his involvement with the Blaze film and his own new album, Morlix also found time recently to co-produce (with Bill Kirchen) the debut album by songwriter Blackie Farrell, best known for the songs “Mama Hated Diesels” (a Commander Cody standard from the ’70s) and “Sonora”s Death Row” (which many people think was written by Robert Earl Keen, who recorded it). Titled Cold Country Blues, the album was released last January.

“He’d never made an album before,” Morlix says of Farrell. ”He said he didn’t want to peak too soon, so he waited until he was almost 70.”

Apart from the Farrell album, though, outside production work — which was Morlix’s main calling card for years after he stopped working with Lucinda Williams in the mid-90s — seems to have taken a backseat of late in favor of his own projects and writing. Although The Soul & The Heal is still brand new, Morlix already has a head start on the followup. ”I’ve got enough songs written for the next album,” he says. “But I won’t record those for another year, probably.”

And by the time he gets that next album recorded and out, odds are he’ll already have the one after that well along the way, too. Because if the first 17 years of his solo recording career have proven anything, it’s that Morlix is far too busy working on what’s next than to rest on past laurels — or the past, period. Ask him if he feels like he’s finally escaped the shadow of being the former guitarist and producer for Williams — a period he describes as “something I did and something I’m proud of,” in spite of their eventual messy professional break-up — and his wry, matter-of-fact answer speaks volumes.

“Haven’t I already done that?”