The Departing: The Departed 2.0 As Seth James says goodbye, Cody Canada and the rest of the Departed resolve to carry on. 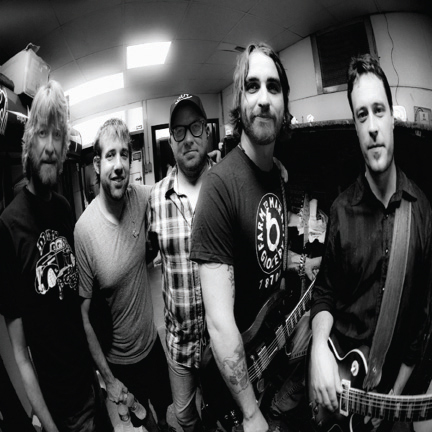 With hindsight, maybe it was inevitable: obvious chemistry aside, when a band calls itself the Departed, sooner or later somebody’s bound to walk. Still, most fans of the hybrid Texas/Red Dirt rock group were caught off guard when singer and guitarist Seth James announced on Sept. 8 that he was leaving the fold. “After three years of great times and great music, I have decided to take a step down as a band member of the Departed,” he said in a statement on the band’s Facebook page. “It has been an unbelievable ride and I am so grateful for the support and love along the way … I look forward to supporting these guys alongside you as they continue down the road.” 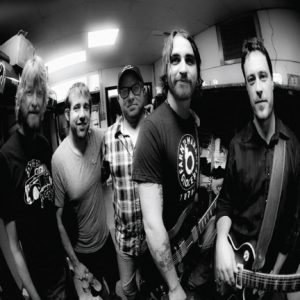 In an adjoining statement, the rest of the band added, “Please note that the love and admiration that we all have for one another continues.” And so will the Departed. Following James’ last show with the band on Nov. 23 at Gruene Hall, the band will carry on as a four-piece with singer/guitarist Cody Canada, bassist/singer Jeremy Plato, keyboard player Steve Littleton, and drummer Chris Doege. The morning after the announcement, Canada’s wife and band manager Shannon Canada reaffirmed that the split was on amicable terms.

“There’s no hard feelings or anger,” she said. “Seth’s just got a lot of stuff going on and doesn’t want to tour as much as Cody does. Cody’s a road dog and always will be, but Seth’s doesn’t come from that same mold.”

In addition to trading guitar solos, James and Canada split most of the band’s vocal duties (along with the occasional song by Plato), so filling James’ boots won’t be easy. The band has no plans to replace him, though; instead, Shannon says Canada and Plato plan to dig deeper into their back catalog, revisiting more Cross Canadian Ragweed songs that haven’t been played in a while. But fans can look forward to new Departed songs down the line, too, with the band expected to go back into the studio in February or March to record their third album. (As further proof that things are copacetic between all parties, Shannon says to “keep an eye out” for a James guest appearance on the album.)

The release of that record may be months away — and James’ plans for his own future musical endeavors as yet undecided — but there’s still lots of music to be heard from the Departed camp through the rest of the year. In addition to the band’s remaining dates with James through the weekend before Thanksgiving, November will also see the release of Canada’s first true solo album, a live acoustic set recorded at Third Coast Studio/Theater in Port Aransas, Texas. True to its title, the 19-track Some Old, Some New, and Maybe a Cover or Two features songs spanning Canada’s entire career, including a generous sampling of Ragweed’s biggest hits. Well, most of them, anyway; best not hold your breath hoping for “Carney Man” and “Boys from Oklahoma.”