The continuing education of Sarah Jarosz Grammy-nominated former child prodigy graduates with honors just in time to release her third album, Build Me Up From Bones 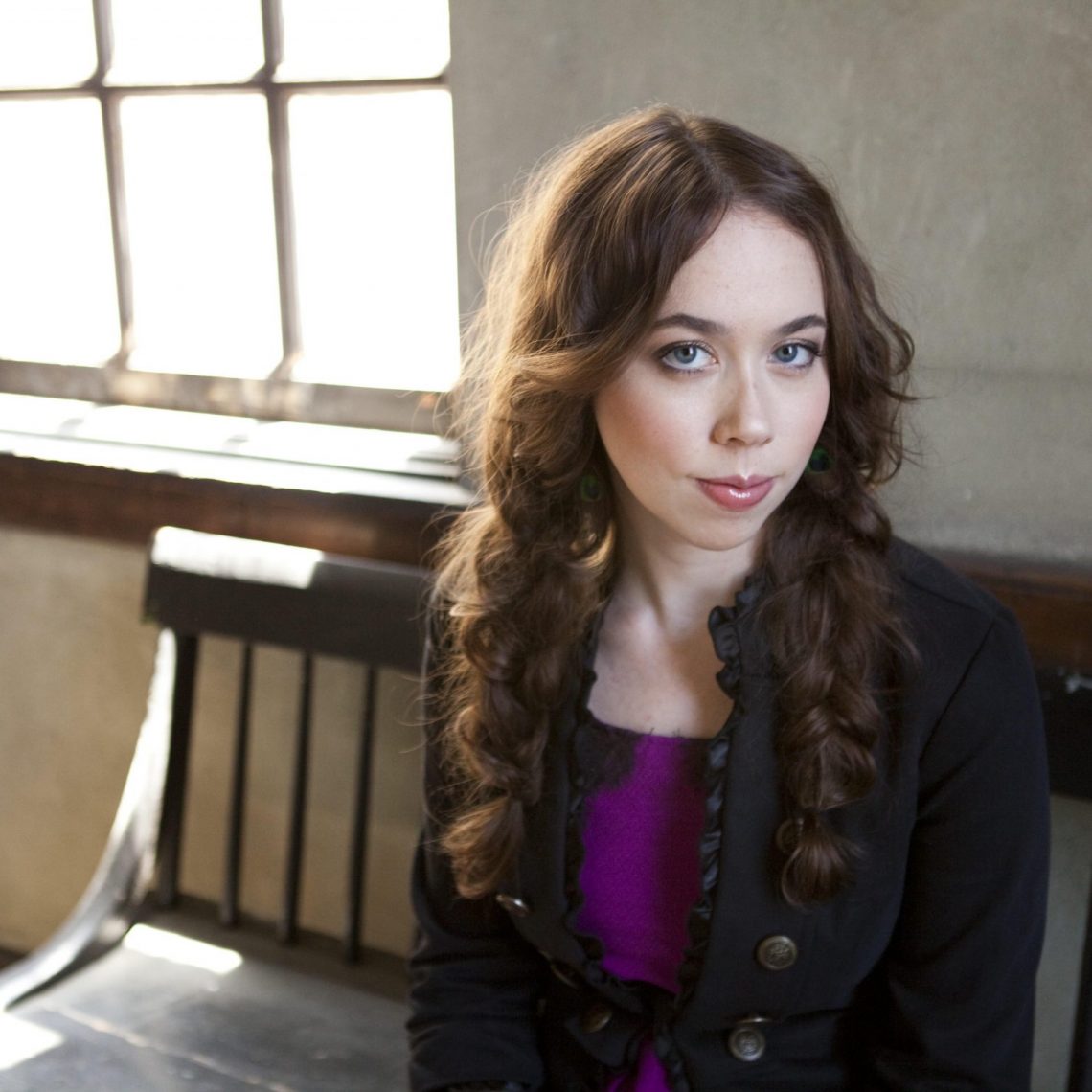 We’ll get to the music stuff in a second. But let’s start with a little sobering economic data, shall we?

This year, more than 1.7 million newly minted college graduates entered the U.S. workforce. It’s estimated that about 45-percent of those well-educated whippersnappers are part of “the Boomerang Generation,” those grads who return home to live with their parents as they struggle to find jobs and start careers in their fields of study.

It’s a grim statistic, all right, but one that Sarah Jarosz won’t be joining. She may have just earned her college degree (with honors), but there’s little chance she’ll be ricocheting back to her childhood home anytime soon to ponder floundering career prospects. She pretty much had the whole career thing worked out before freshman orientation. 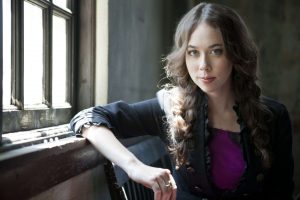 Jarosz’s line of work, of course, is making music; it’s a path she’s been destined to follow ever since the gods bestowed this Texas gal with the mad mandolin skills she first displayed as a mere tyke in and around Austin. By the age of 10, she was dazzling audiences at music festivals around the country and soon Jarosz was swapping licks onstage with much-longer-in-the-tooth legends like Earl Scruggs, Ricky Scaggs, and David Grisman. It wasn’t long before the “p-word” — prodigy — started being bandied about by publications such as Rolling Stone, The New York Times and Mojo. At 16, the wunderkind of Wimberley was signing her first label deal, with Sugar Hill Records.

“I first saw Sarah when she was 16 and she came over to Sugar Hill to play for us,” recalls Gary Paczosa, the renowned Nashville-based producer who has worked with artists such as Alison Krauss, Dolly Parton, and John Prine. “We just absolutely flipped out. Sarah just blew me away. She’s such a rare talent.”

Her debut release on Sugar Hill, Song Up In Her Head, which Paczosa would produce, earned Jarosz both her first Grammy nomination and a showcase slot on Austin City Limits. The album also made a strong case that Jarosz was much more than a gifted player of stringed instruments; she wrote all but two of the songs, and her choice of covers — songs by the Decemberists and Tom Waits — signaled to the traditional bluegrass community that she had a vision that extended well beyond the old-timey.

Jarosz easily could have hit the road touring after high school and secured herself a comfortable home base just up the road from Wimberley in the music hotbed of Austin, but this child of professional educators wanted a full-blown college experience — and not just at any institution of higher learning. No Longhorny state university football factory or even something as predictable as the Berklee College of Music would satisfy Jarosz’ intellectual curiosity; she opted for the more challenging New England Conservatory.

“I obviously love the Texas music scene and it’s a huge part of who I am and who I’ve become,” she says. “But another big part of my childhood was going to these big music festivals and camps around the country during the summers. I met a lot of people my age and many of them were flocking to Boston. So pretty early on in high school I knew that Boston was where I wanted to end up. And I was really drawn to the curriculum at NEC. I felt like for the kind of musician I am and having many interests — not just songwriting, not just performing — I felt like the environment would allow me to push myself in all sorts of directions. It really pushed me out of my comfort zone.”

That’s a sentiment her producer Paczosa echoes. “She did not take the easy way out by choosing NEC, and to stick it out all four years when she had great opportunities and offers to tour with acts that meant the world to her, like John Prine and Richard Thompson … she passed all those things up to finish school.”

Still, even while thriving in the Beantown college setting, she kept one rhythm-tapping foot in Nashville and an eye on her burgeoning career. She was a bit of the atypical undergrad. While most college kids were taking their spring breaks in places like South Padre or South Beach, Jarosz was hightailing it to back to Music City her sophomore year and laying down vocal and instrumental tracks for her second album, Follow Me Down.

The critical hosannas continued with rave reviews that praised Jarosz for expertly walking the line between traditional folk-laced offerings and au courant singer-songwriter material and putting out an album that reflected her varied and evolving influences and tastes. The New York Times called her “one of acoustic music’s finest talents,” further raising the bar of expectations that have followed her since tuning her first mandolin.

Now Jarosz has followed up Follow Me Down with a new album called Build Me Up From Bones, which finds her applying the lessons she’s learned both as a professional musician and in the collegiate classrooms. While previous releases were “built up” from tracks she recorded in a catch-as-catch-can fashion during school breaks, a process Paczosa refers to as “kind of working in slow motion,” the new album has more of a live feel, recorded with the bandmates she plays with on the road. It’s also infused with new perspectives borne of the artist’s hard-earned confidence.

“We kind of had a better way of communicating (this time),” says Jarosz of her relationship with Paczosa. “One great thing about working with Gary is we do really challenge each other on a regular basis. I’ll hear something that I’ll want to have happen and he’ll be like ‘Well, maybe think about it in a different way,’ and he’ll suggest another possible approach to the song and how to build it up. With this album, I had a stronger sense of the overall sound I wanted going into it as opposed to just starting with me and then building it up from there.”

“With every record, there’s just been amazing growth as a player and as a writer,” says Paczosa. “For as young as she is — and she’s really not that young any more — she’s very clear on the musical path she wants to take and the kinds of records she wants to make. From day one, she’s had a real strong sense of who she is and what she wants to be.”

Jarosz also credits the non-musical courses she took at NEC — such as painting and poetry — with making her a more refined songwriter. “In my last year, I was able to take more electives that allowed me to express myself creatively, but not have it relate to music at all. It’s a completely different process writing poetry because you’re not trying to formulate it to a certain meter. Just the practice of doing that for a whole year under the guidance of this awesome lady, Ruth Lepson, my poetry teacher, gave me a sense of freedom.” 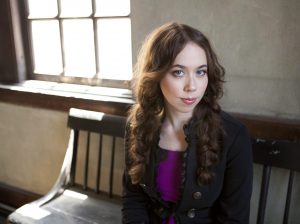 She’s also doing more co-writing these days. The new album features collaborations with Darrell Scott, Jedd Hughes and Alyssa Bonagura. “I was tentative to go down that road initially because it wasn’t something I’d really done any of all my time growing up and writing songs,” says Jarosz. “Writing had always been a very personal, silent, alone process for me. But I’m glad I had several people pushing me to do so. I had a blast on the co-writes for this album. It turned out to be an incredibly fruitful experience.”

It is the relentless pursuit of such fruitful experiences that continues to drive Jarosz. While there have been phenoms and prodigies in music and other walks of life who have settled for coasting on early success and resting on proverbial laurels, that’s not the route Jarosz plans to take. As Paczosa observes, “The people who have mentored Sarah — people like Darrell Scott, Jerry Douglas, and Tim O’Brien — have had really long careers. They’ve helped her see the difference and think about how to do that.”

The mentee obviously gets it. “Being called a child prodigy just caused me to work even harder,” Jarosz says. “I want music to be a lifelong thing for me, and not just a flash in the pan. I want to learn more, keep growing, and keep working.”

Next post Mr. Record Man: Cosmic Cowboys & the Austin Sound of the ’70s