Whiskey Myers: The calm before the storm The forecast calls for a Whiskey Myers breakout, but frontman Cody Cannon isn’t sweating the Early Morning Shakes. 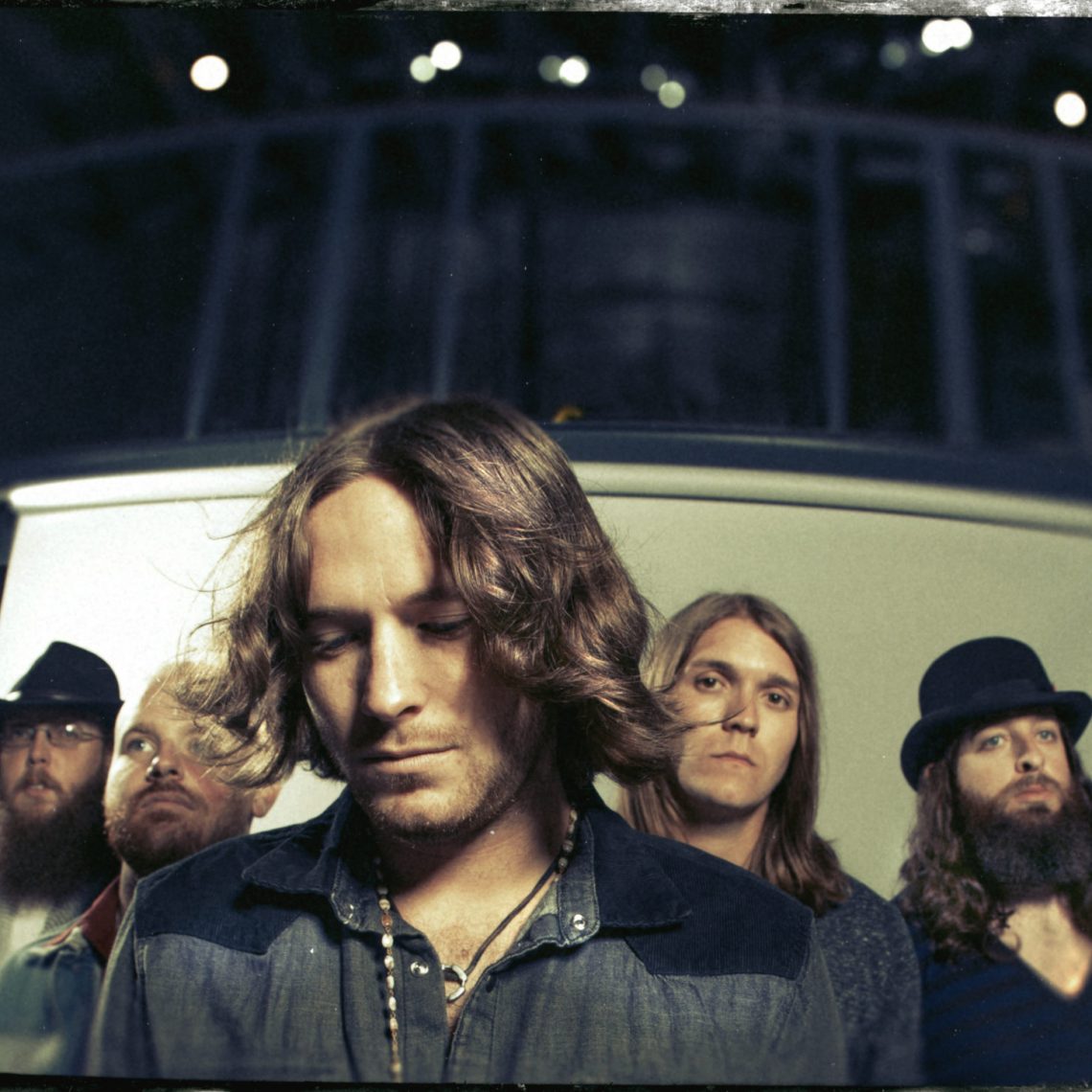 With an accent as thick as East Texas maple syrup, Cody Cannon, frontman for Whiskey Myers, sounds as country as country can get.

“All of us are from small towns,” says Cannon. “You could call us backwoods, to be sure, but that is reflected in our music. You write what you know about.” 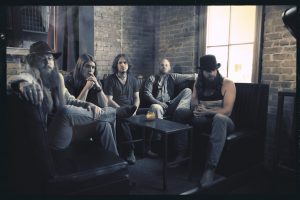 It’s late summer, and Cannon is on the phone from his home in Tyler, talking about the rural and musical roots he shares with his bandmates and the five years of hard gigging they’ve spent together on the road leading up to their third album, Early Morning Shakes. At the time of the interview, it’s tentatively scheduled for a fall release, though that date will eventually be bumped to the New Year — Feb. 4, to be exact.

“Everyone is trying to get their ducks in a row,” Cannon explains. “You got to do it right. You can’t half-ass it.”

Anticipation has already been building for months around the album, the release of which many of the band’s followers and handlers expect to be Whiskey Myers’ official entry into the big leagues.

Mention that to Cannon, though, and he brushes it all aside like it’s the farthest thing from his mind. “I don’t know if the next record is going to make or break us,” he says. “The music industry is so weird now. It’s hard for me to really know. We just play music and let all the other people decide stuff like that.”

Don’t mistake his laconic response for indifference toward the album itself, though. Whatever fate (and potential fame) awaits Whiskey Myers on the far side of Early Morning Shakes’ release, Cannon is proud of the record. “All of our records are different, but this one has some things that make it special,” he says. “This one may be a little bit darker at times. It may have a little more rock ’n’ roll in it.”

Consider that an understatement. Although their reputation for bringing more than a “little” rock ’n’ roll to the table has long set Whiskey Myers apart from most if not all of their peers on the Texas/Red Dirt music scene, Early Morning Shakes finds them cranking the intensity well above the levels they set with 2011’s Firewater and their 2008 debut, Road of Life.

What is immediately striking about the new album is its assertiveness. Songs like “Hard Road to Hoe,” “Headstone,” and “Where the Sun Don’t Shine” sound like country rock played by Led Zeppelin. Even the punishing title track batters the listener with a groove straight off of “When the Levee Breaks.” Hell, it boldly even namechecks the song — and features a similar harmonica solo. In other places, Whiskey Myers slows things down to good effect. Both “Shelter From the Rain” and “Colloquy” show Cannon to be a writer with a good sense of diversity. But even the slower songs have a bit more bite than anything in the band’s back catalog. It’s the sound of a band pulling out all the stops, proving with conviction that there’s no soft way to get hit with a hammer.

Formed in Tyler back in 2008, the band has had half a decade now to build up to that pummeling crescendo — and the almost certain impending breakout that Cannon seems so reticent to dwell upon. For all the ground they’ve conquered between then and now, Whiskey Myers’ brand of country fried, East Texan Southern rock was enthusiastically received by regional fans from the get go. And even before the public got its first taste, the members’ symbiotic interplay was readily apparent to the band itself.

“Our sound came together really easily,” says Cannon. “When we played our first song as a full band, we all kind of looked around and knew we had something special.” 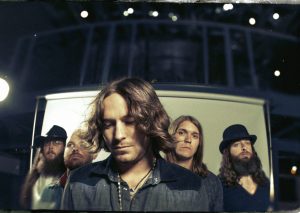 The lineup then was the same one it is now: Cannon on lead vocals and acoustic guitar; Cody Tate and John Jeffers on lead and rhythm guitars; Jeff Hogg on drums; and Gary Brown — Cannon’s cousin — on bass. Cannon and Jeffers played together first, learning their first guitar chords from Jeffers’ father. Cannon later met Tate and brought him into the fold, followed by Hogg and Brown to complete the quintet. It was Brown who came up with the name Whiskey Myers, after a Spanish fighting rooster that he’d “stumbled across in his travels.”

Cannon, who grew up in Palestine, Texas, admits that he originally moved to Tyler intending to go to college. But it wasn’t long before they all decided that it was music or bust. “It wasn’t like I dropped out of Harvard to start a band,” says Cannon. “I wasn’t doing anything with my life.”

The dead-end day jobs they all worked when not practicing in friends’ living rooms didn’t stick, either. “I was a forklift driver,” says Cannon. “I went to lunch one day and never came back. But that wasn’t even the worst job I’ve had. The worst was working at a Wal-Mart warehouse. I hated that shit. It was 13 hours a day … We’d get there at 4 a.m. and stack boxes on a conveyer belt all day. It was … no bueno.”

Playing onstage was a different matter entirely. “We played our first show in Gun Barrel City opening for Roger Creager, and we’ve been on the road ever since,” Cannon says.

The band seemed to have a following already in place. Of course, it didn’t hurt that between the five of them, the guys had all cultivated quite a few drinking buddies in and around Tyler. “We were very fortunate that we knew a lot of people in the area,” Cannon admits. “I don’t know if you can call them fans as much as friends … we knew everybody that was coming out to the shows. It was like one big party.”

And it only got bigger. “At first, I was surprised by the crowds,” Cannon continues. “After our first show, we had a pretty good following, and it’s really grown since then. We were selling out clubs, packing them before a lot of people had even heard of us, long before we made our first album. Now, it seems that everywhere we go, we are fortunate to have a nice fanbase.”

Constant gigging and word of mouth helped spread their fanbase statewide, as did the success of their last album, Firewater. The third single, a rootsy foot-stomper called “Anna Marie,” ended up topping the Texas Music Chart — though Whiskey Myers’ audience is by no means limited to the usual Texas country crowd. The gritty, guitar-driven sound of Cannon and crew lends itself to broad appeal to fans of ’70s classic rock — particularly to fans of a certain legendary outfit from Jacksonville, Fla. Whether that’s a blessing or a curse to a young band out to make its own mark is a matter of how you look at it.

“People simplistically compare us to Lynyrd Skynyrd, and I get that,” Cannon concedes. “I love Skynyrd. They were a great band — they are probably my favorite band of all time. But if you really break us down, we are not very much like Skynyrd. But then again, we do have three guitars, and we put country lyrics up against rock ’n’ roll music, so maybe we do sound like Skynyrd …”

“When we first started, we covered ‘Give Me Back My Bullets,’” he says. “That was one of the first songs we ever played. But some of those songs you can’t cover. You always hear those drunk people in the crowd yelling ‘Free Bird.’ There’s only one band that can play that song, and it ain’t us.”

Ultimately, it’s not the comparisons to one of his favorite bands that annoys Cannon and the rest of Whiskey Myers so much as the age-old question that has dogged many a genre-straddling act, from Gram Parsons to Steve Earle: Are you a rock artist playing country, or is it the other way around?

“The argument about whether something is country or rock really beats me,” says Cannon. “Rock and country came from the same place, blues-based music. Nowadays, if you stick a fiddle in it, people call it country. I am not for genres. I just like music. We play blue-collar music. Sometimes it’s rock ’n’ roll. Sometimes it’s country. We just play Whiskey Myers music and let other people figure it out.”

Whatever one calls it, there’s nothing fancy about the music of Whiskey Myers, and perhaps that’s what really drew so many fans early on. But the band has evolved. Over the course of three albums, the songs have gone from barroom party anthems to more introspective (but still rocking) examinations of what it takes to be from the South.

“I don’t write the same songs now that I did when I was 19,” says Cannon. “I guess you get older and mature.”

That maturity is clearly evident on new songs such as Early Morning Shakes’ title track and “Home.” The latter, a song actually written by rhythm guitarist Jeffers, was released as the album’s first single in early October — along with an accompanying video which premiered later that month on CMT. “To me, it’s a rock song,” Cannon insists, “but it’s still country. We talk about going home, and we are all from the country.”

It’s a familiar subject matter — especially in country music — but Cannon’s obsession with rural living is neither fluke nor fad. The guy doesn’t read online reviews, not because he doesn’t care what people write about his band, but because he doesn’t exactly embrace technology.

“I don’t have a computer and I don’t have a Facebook page,” Cannon says proudly. “I have a phone with some apps on it, but if it was up to me, I wouldn’t have any of that shit.”

Living outside of the Tyler city limits, Cannon has never dreamed of moving to Dallas or Austin in order to gain more exposure for Whiskey Myers. Hell, even Tyler was a bit much for him.

“When I did live in the city limits of Tyler, I almost went crazy,” says Cannon. “I couldn’t ever live in a big city. I would go crazy.” 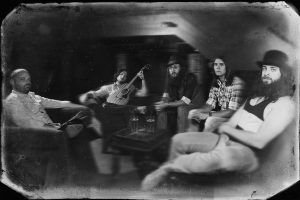 So for now and the foreseeable future, “home” for Whiskey Myers is still the backwoods of East Texas — and any mid-sized, sold-out roadhouse that’ll have them. But with a major promotional push and tour itinerary already underway for Early Morning Shakes, they’d best get ready for a lot more crazy in their lives — and odds are, much bigger venues.

All of which Cannon and company are fine with, just so long as they get to keep making music and stick to their guns.

“Sure, we’d like to play arenas,” Cannon admits matter of factly. “But we’ll play just about anywhere.”