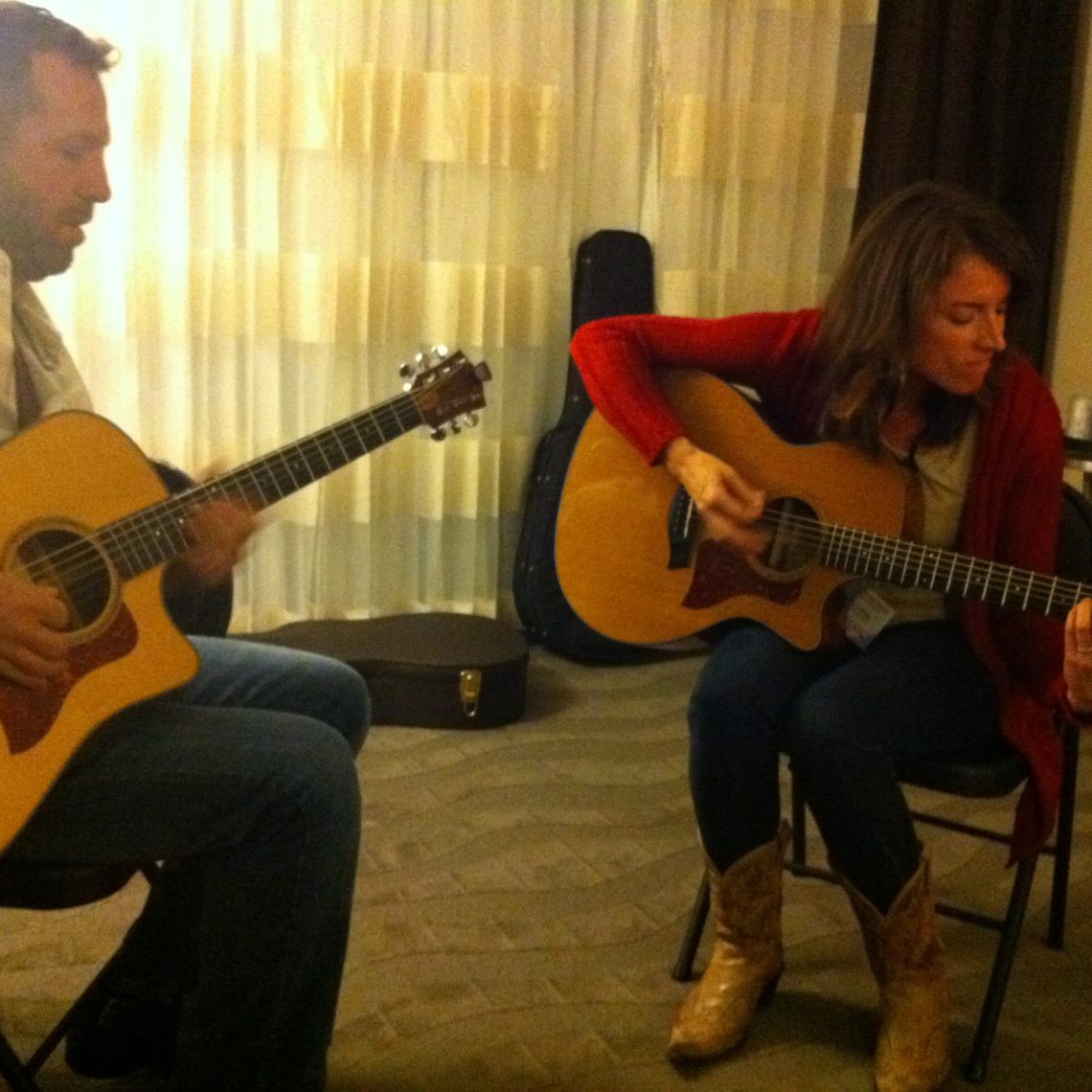 It’s not just a t-shirt boast — things really are bigger in Texas. Usually, that is. But the recent Southwest Regional Folk Alliance (SWRFA) conference in Austin will pale in comparison to the International Folk Alliance Conference this coming February in Memphis, Tenn., which, for one weekend, anyway, will wrest the title of Live Music Capital of the World away from Austin. SWRFA’s conference, held the last weekend in September, attracted a record 168 registered attendees representing an array of the region’s performing musicians, venue operators and music industry professionals. 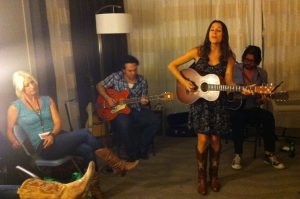 Sixteen acts performed at SWRFA’s official juried showcases and performers who didn’t get selected to sing on the main stage had a record number of unofficial showcase rooms in which to strum their stuff. One of those 14 guerilla rooms was hosted by LoneStarMusic Magazine, where Texas-based artists such as LeeAnn Atherton, Kevin Higgins, Melissa Ludwig pictured, Charlie Faye, and Noelle Hampton performed and made those always important new connections. 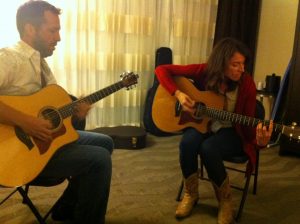 “The best things that have happened to me in my career so far have been from building long-lasting relationships at SWRFA,” said Hampton. “SWRFA is all about community.” But the community of kindred spirits coming together in Memphis for the 24th International Folk Alliance Conference Feb. 22-26 will be bigger still. They’re anticipating more than 2,000 registered attendees, 200 official juried showcases, and upwards of 300 unofficial showcases. For more information, visit folkalliance.org.

Previous post Texas music gets its own hall of fame ... finally