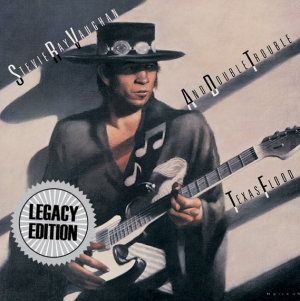 For many of this magazine’s readers, it may be hard to remember a time before Stevie Ray Vaughan. His ubiquity in the hearts, minds and ears of Texans is rivaled only by Willie Nelson, and like Willie, he also embodies Texas music to the rest of the world. However, there was a time 30 years back when SRV was known only to a select group of late-night blues aficionados across the state who had witnessed one of his jaw dropping live performances. Texas Flood changed all that.

It’s pretty easy to just fall in love with Texas Flood. It’s one of those records that seems like it has always been there, sucked out of the ether and dropped into the perfect time and place. However, in June of 1983 when it was released, the odds were not in it’s favor. Mainstream rock was at a low point, promoting average songs that had been polished to an unhealthy shine. There was no sense of risk or rebellion. Proto-rebel James Dean’s leather jacket had been replaced by Steve Perry’s patent leather murse. The raw power of Texas Flood stood out as much as the Ramones blitzkreig had seven years prior. But a funny thing happened: People responded, and not just the hipsters who were always ahead of the curve. Vaughan’s raw blues rock, guitar heroics and classic cool struck a nerve with the mainstream. Revisiting the album 30 years later, it’s not hard to see why. Simply recorded over a three-day weekend at Jackson Browne’s warehouse studio, Texas Flood has the sound and feel of a classic. It’s basically a bar band running through its set, perhaps showing a little more restraint than they might in a club but delivering their goods with the confident swagger of a seasoned road band. This no-frills approach, combined with Vaughan’s staggering mastery of guitar technique, produced a near perfect snapshot of a band on the cusp of greatness. “Pride and Joy, “Love Struck Baby,” and the slow burning title track all managed to squeeze their way onto the airwaves with Journey and Styx. And then the band hit the road.

The second disc in this 30th-anniversary edition is a complete live show from that era, capturing Vaughan and Double Trouble at a show in Philadelphia, and it’s a monster. Drawing from the debut with a few Hendrix covers thrown in, this is Stevie unchained, unencumbered by the restraint required in the studio. The joy in the playing here is palpable and the rhythm section could not be tighter. This show is what you want to pull out if you want to convince a neophyte of Vaughan’s greatness. It’s all there for the world to see. Sometimes “Special Editions” are anything but, featuring “alternate takes” that might reveal something to a recording engineer or a clinical obsessive but that are of little interest to most. But this one adds a live show that is in some ways better than the original album, making it damn-near essential listening for anyone with even a passing interest in Texas music. Happy anniversary! — GREG ELLIS