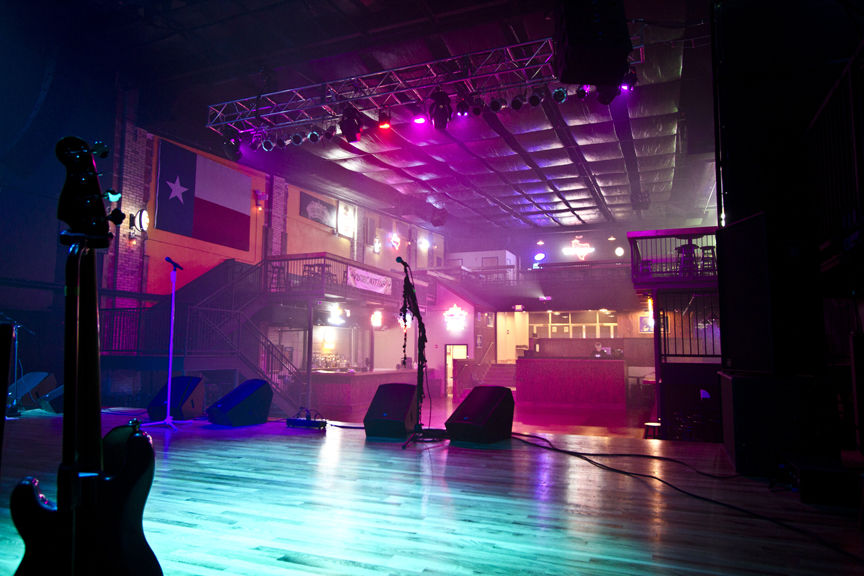 If San Marcos is looking for a slogan a little hipper than “we’d love your company,” the city might consider “the crossroads of great music.”

Think about it. San Marcos is between the Live Music Capital of the World and Historic Gruene, home of that famously non-air-conditioned structure billed as “the oldest continually operating dance hall in Texas.” It’s a college town with record stores and a population of music-makers, some of whom started their careers at the famed Cheatham Street Warehouse. It’s also the home of Texas State University’s Center for Texas Music History, an increasingly high-profile repository of this state’s rich musical heritage.

Investor/entrepreneur Scott Gregson sure has thought about it. He’s the one who dropped that “crossroads” line during a conversation about Texas Music Theater, the former movie house Gregson and his musician brother, Gray, carefully transformed into a top-tier venue in the heart of this community. 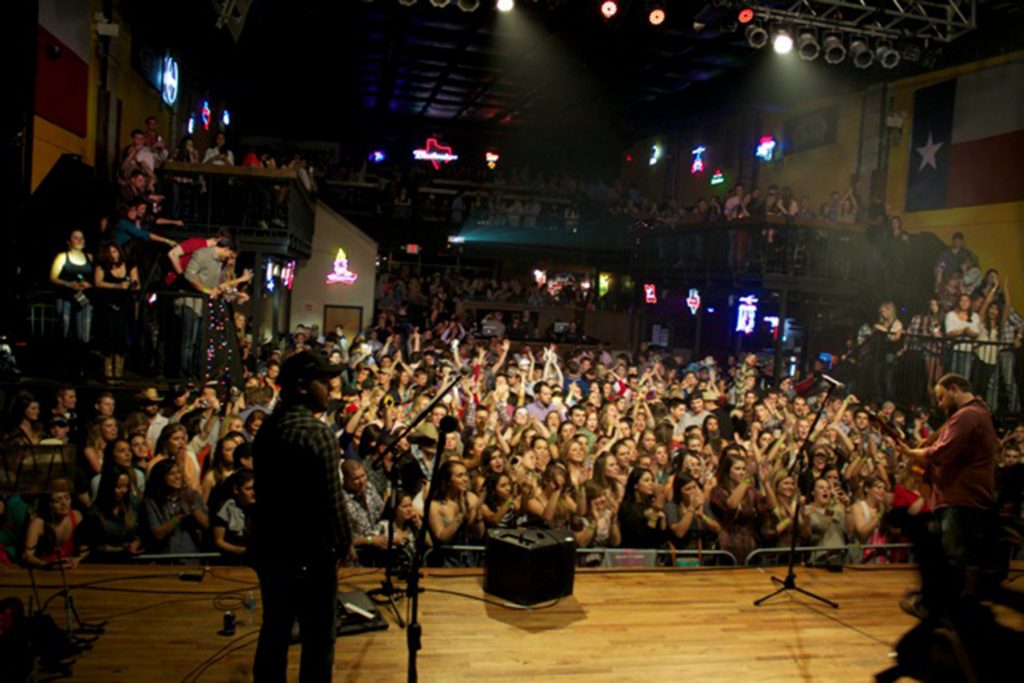 In the two years of its current existence, Texas Music Theater has hosted an array of artists from popular Texas acts like Reckless Kelly, Ray Wylie Hubbard, and Asleep at the Wheel to international Americana favorites such as Kasey Chambers. Though it relies heavily on the Texas country and Red Dirt artists that go over particularly well with college students in these parts, the former Plaza Theater has booked indie rockers such as San Marcos’ own major-label breakout act, Blue October, and rappers including Big K.R.I.T. This publication’s annual Lone Star Music Awards take place at the theater, which holds up to 1,000 people. It also serves as the location for Texas Music Scene, the TV show hosted by Texas icon Ray Benson.

Benson, in fact, helped christen the spot with an Asleep at the Wheel performance. When he and his son, Bismeaux Studios manager and recording engineer Sam Seifert, stepped inside, they immediately knew it would be perfect for Texas Music Scene tapings. “We went, ‘Hey man, this is the place,’” Benson recalls. “We used to play at the little places around there, and of course, the Cheatham Street Warehouse. And to have a large-sized concert venue now is a huge thing for San Marcos.”

The minute you enter the theater, it’s obvious how much thought went into the $2.4 million project, which took more than three years to complete. A “vertical” rectangular box with an oak stage measuring 40 feet wide by 22 feet deep, the space feels warmer than your average concrete-floored club. That’s partly because its three bars and giant control booth also are made of dark wood, surrounded by pale yellow walls (on which even the hanging Texas flags are made of sound-absorbing material). With multi-leveled viewing spots, including balconies and VIP boxes, and clear sightlines from just about every corner, concertgoers can find a place to sit back and observe or get up close to the raised stage and jump right into the action. And hear what the band’s playing, no matter where they are.

Wired for five-camera video and 42-channel audio, the venue also gives artists the ability to transmit events live and record them for posterity. The space is also configurable for other uses, from theatrical productions to elegant weddings.

But it’s not just the so-called front-of-house touches that make Texas Music Theater a stand out for audiences and performers. It’s the fact that artists can pull their tour buses right up to the back door, instead of facing the logistical headache of finding a safe off-site spot to park those behemoths. Then they can walk inside the green room and not only grab a shower, but do laundry — an almost unheard-of amenity for similarly sized venues.

“I told my brother, ‘I’ve seen the places you play. Let’s build it from the back to the front with you in mind,’” explains Scott Gregson, who bought the building in 2008 and gutted it. “It’s important that we make sure the artist is comfortable when they get here, so they’re prepared to give their fans a great show. We made great sound and great lighting and great acoustics in this building so that the fan gets the best show the artist can provide. It’s a connection between the venue, the artist, and the fan.”

But there’s a bigger connection as well — to Texas music itself. Explains Texas Music Scene executive producer Tom Hoitsma, “Something happens here in Texas that doesn’t happen anywhere else.” And those who know Texas music when they hear it also have an appreciation for where they hear it, he notes. That’s why he proclaims of his series, “This show belongs in San Marcos, not in Austin. Austin’s an indie rock town. This is a Texas music town.”

That’s also music to Gregson’s ears. A major investor in San Marcos business and real estate, he created the venue to lure music fans from all over the state. The theater’s actual tagline — “small-town charm in a world-class venue” — reflects his goal. Gregson, who lives on the Square, says his “village” is a place of energy and vibrancy that deserves to be a destination.

“We built this in San Marcos to the level that we did because if it weren’t spectacular, than why come to San Marcos? We wanted to make it perfect, and we think we’re close.”