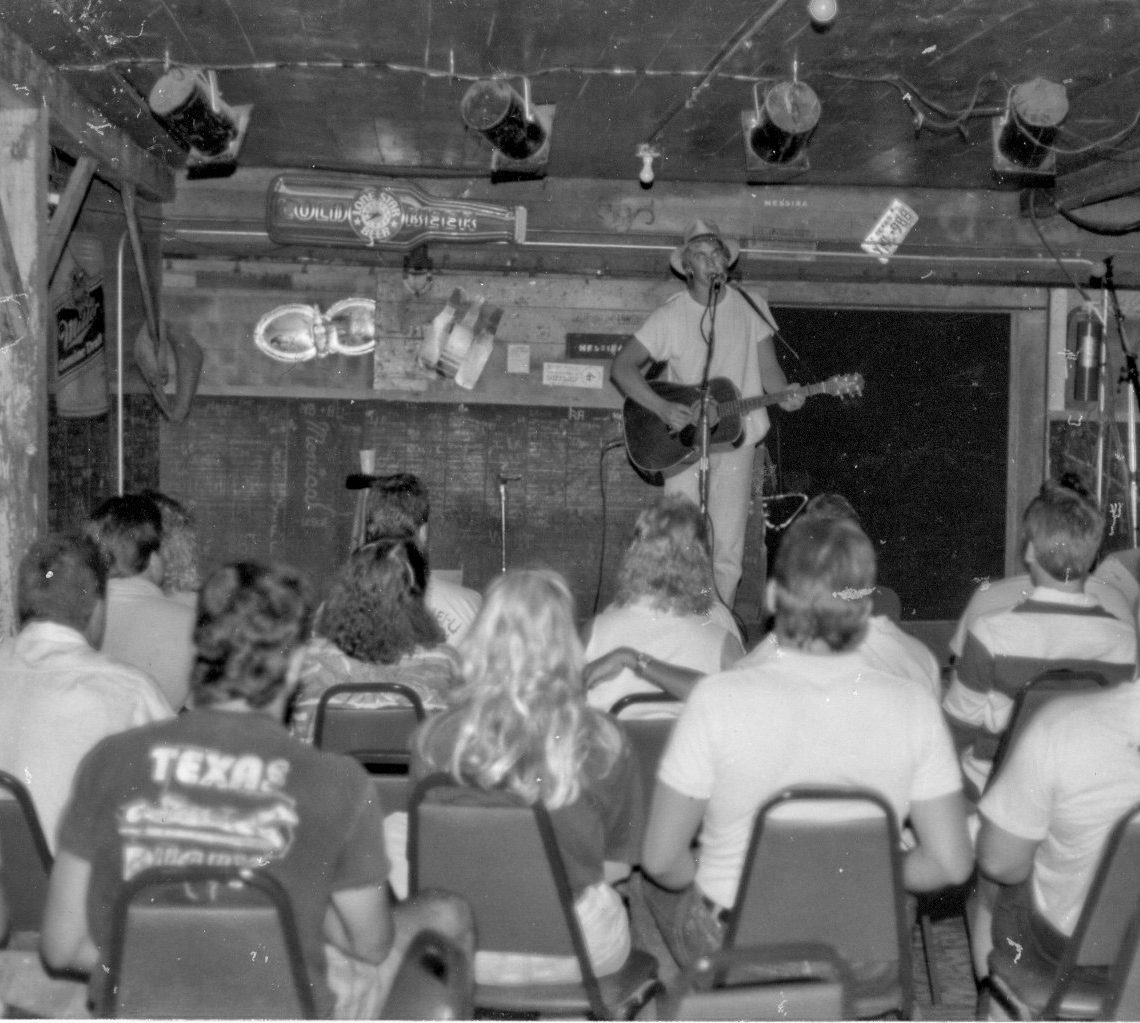 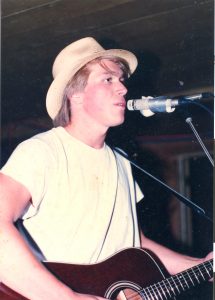 For years Todd Snider has been based out of and inspired by his home base of East Nashville. But before he moved to Tennessee, Snider — inspired by seeing Jerry Jeff Walker — first began to write and sing songs in front of audiences in San Marcos. His stage and his classroom were one and the same, the one at Cheatham Street Warehouse, where he fell under the spell of the songwriters who passed through and worked on his own craft. Snider estimates he wrote dozens of songs during that four-year spell, one of which bears the club’s name as its title. “I’m gonna carve my name in the bar,” he sings. “Hope that you can hear it where you are.”

Presumably your first exposure to Cheatham Street Warehouse was as a customer.

Yeah, the first time I went there was to see a guy named Doc Sully [Terry Sullivan], who was like the local Stevie Ray Vaughan. The first place like that I’d been was to Gruene Hall to see the Thunderbirds. The thing is, in Oregon it didn’t feel like that. If you were gonna go see music you went to see it where you’d see the Portland Trailblazers play. I didn’t know there was any other way that music existed. So I got hooked immediately on the small concert thing. I met Doc Sully at the Thunderbirds show and he had a band playing Cheatham. So I started going there all the time. I’d been working as a busboy at Pepper’s, and I was getting up and singing with some of the bands there. One of the guys in the band said, “You know, they have an open mic at Cheatham Street Warehouse.” He didn’t mean it to be helpful to me. He meant it in anger. But it ended up being the best thing that happened to me.

Did you meet [Cheatham owner] Kent Finlay early on?

Yeah, and he and I hit it off right away. He became a hero/father-figure/mentor. I started as a customer for his concerts. I didn’t even know about the open mic. And one night I played and he said I was really good. That moment, it was like I’d been waiting for somebody to say something so I could dedicate everything I had to this. And it happened, so I did. It was him telling me I was good. I remember that night he said, “Is this what you want to do?” And I said, “My god, with all my fucking heart and soul.” He said, “OK, I’ll help. This guy tomorrow, Billy Joe Shaver — that’s your first assignment. Get there early, get in the front row and watch that.” There weren’t many people there. I heard him singing. And I thought, “If he’s that good and nobody’s there, what the fuck?!” Of course, I thought he was singing a bunch of Waylon Jennings songs, and I told Kent I didn’t want to do that. So he explained that Billy Joe wrote all those songs. That’s when I got into the cult of the writer over the cult of the singer. 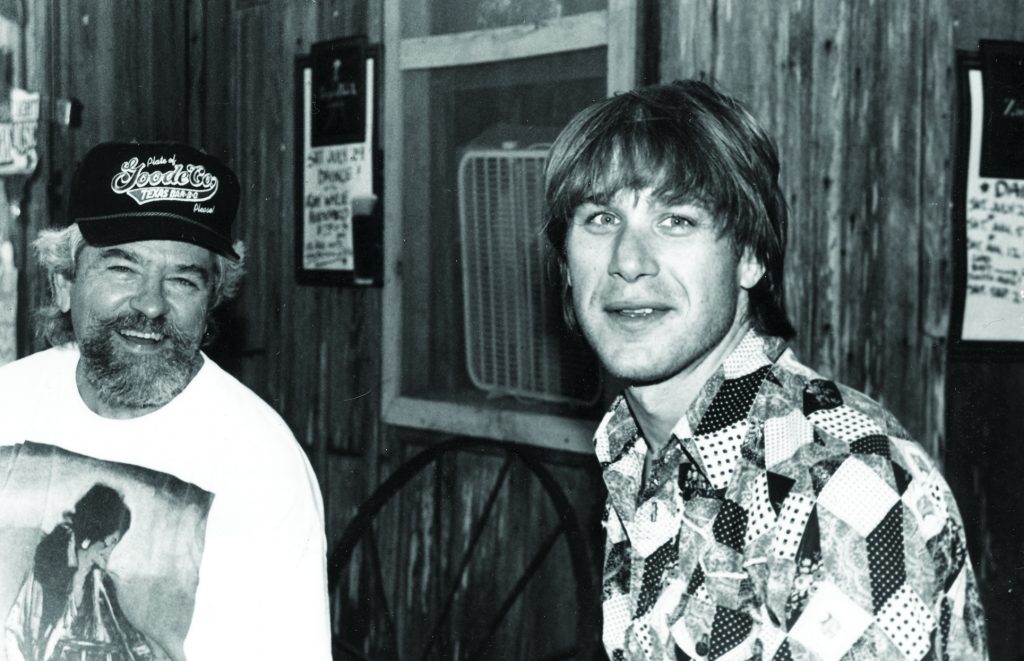 So you started writing a lot then? When would this have been?

Probably 1985 or spring of 1986. It was eight years before I had a record. I played four years in San Marcos and four in Memphis before I got a deal.

Did you really carve your name into the bar?

Oh yeah. And I got some graffiti back there, too, that dates back to the ’80s. I can’t remember what all of it says. I do know we made something up about … this guy from the ’80s who went away. He was a dick. I’d have to ask Trogg, or call Kent, because I can’t remember his name. But he went into the bathroom and wrote that he was great on the wall. So it became the thing to write that he sucked. For a decade that place was filled with attacks on him for pronouncing his greatness. So, “fuck that guy,” that was pretty much what people said. 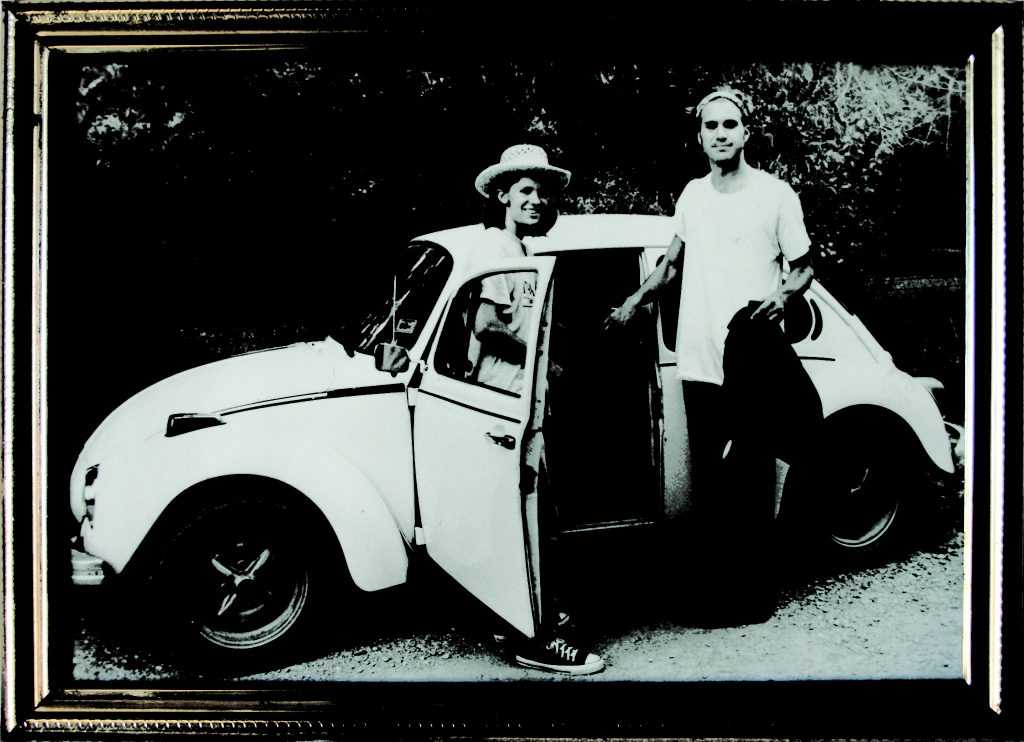 Todd Snider and Sterling Finlay in 1996 (Photo by Diana Hendricks)