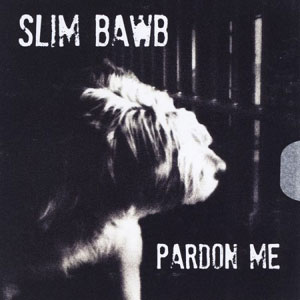 Although Slim Bawb — aka Bob Pearce, former frontman of Sacramento, Calif.’s long-running band the Beer Dawgs — has only called Austin home since 2006, anyone who’s heard him live can attest to him being one of the most phenomenal guitar, banjo, mandolin, dobro, bass, and pedal steel (whew!) players in Texas. Whether he’s doing his own thing, playing pedal steel with Jordan Minor, or mixing it up with the Bastrop-based Chubby Knuckle Choir, Slim Bawb’s chops routinely cause jaws to drop. I once even witnessed him whip up a mosh pit at a bluegrass festival with his song “Farmer’s Tan.” Pardon Me, Slim Bawb’s latest mostly one-man-band solo effort (recorded with drummer Ron “Cornbread” Sherrod), opens with “Swamp Time,” a song somewhere between the theme from Shaft and a ’70s porn soundtrack, and once that gets your feet tapping and your head bobbing, there’s no turning back. The vocal processing on a few tracks, like “Rescue Dog Blues,” is a little distracting, given that Slim Bawb’s gravelly but expressive voice is best heard sans such treatment, but that’s not enough to spoil the Cajun-fried, back-porch vibe that runs through the entire album. While maybe not quite as good as last year’s double-disc Calexiana, Pardon Me still makes for a fine introduction to the Slim Bawb experience for the uninitiated. — CODY OXLEY