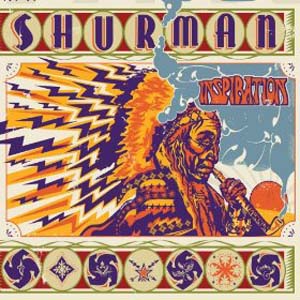 As admittedly lazy critical adjectives go, “Stonesy” is only slightly less overused than “Beatlesque.” But “Facey” just doesn’t look or sound right, and sometimes there’s just no avoiding the obvious: At it’s best, Shurman’s Inspiration is about the Stonesy-esque record to come along since 2011’s reissue of Some Girls. The Los Angeles-formed band, fronted by native Texan Aaron Beavers, has been kicking around for the better part of the last decade, but Inspiration is their first release since relocating to Austin. That explains the earnest country roots shown in “Back to Texas,” arguably the weakest track on the album; no matter how sincere the sentiment, that line about finding one’s “Yellow Rose … underneath the pecan tree with blue bonnets up to her knees” just sounds pandering. Outside of that, though, Inspiration kicks ass: sweet keepers “Hometown Judgment Day,” “Apartment #9 Blues,” “Novocaine Heart,” and “Leaving Song” all swing, swagger and groove with boozy abandon in and around Beavers’ soulful vocals, which sound more than a little like a Southern-fried Paul Rodgers. There may not be a whole lot of new ground broken here, but that ain’t no big thing; the guys in Shurman all wear their classic rock (and Flying Burrito Brothers-style cosmic country) influences proudly on their sleeves, and they wear ’em with impeccable flash and style. — RICHARD SKANSE