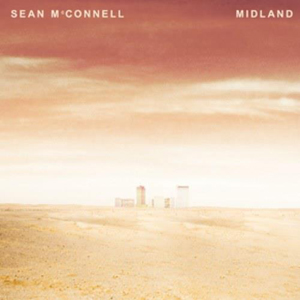 I first heard about Sean McConnell in a Radio Free Texas chat with Wade Bowen. Bowen marveled at what an amazing songwriter McConnell was. Days later, I was in the basement of a Milledgeville, Ga., coffee house listening to McConnell’s three-piece band. Years later, McConnell is on the Texas and Americana map in large bold print, even recently filling Gruene Hall on his acoustic tour. He has turned years in a number of places, including Boston, Atlanta, and greater Nashville, but now he’s settled into home, fatherhood, and family, and his new album, Midland, plays a refined retrospective. He rocks on “Save Our Soul,” croons on “Suppertime,” and even goes all-Ben-Folds-y on the song “Kiss.” “Old Brown Shoes” feels like a very personal tune that the average listener may write off (then again, it certainly will resonate deeply for others), but stompers like “Different Kind of Blue” and “Novocaine” make that an afterthought to those types. McConnell has clearly, cliché be damned, matured, but he’s still every bit as good as he was way back when Bowen was singing his praises on the radio. Maybe I’m just the eternal optimist, but I have trouble finding much negative to “critique” on this effort. My only concern then is this: How’s McConnell going to top this album next time out? — CODY OXLEY