Rod Picott: “Out Past the Wires” 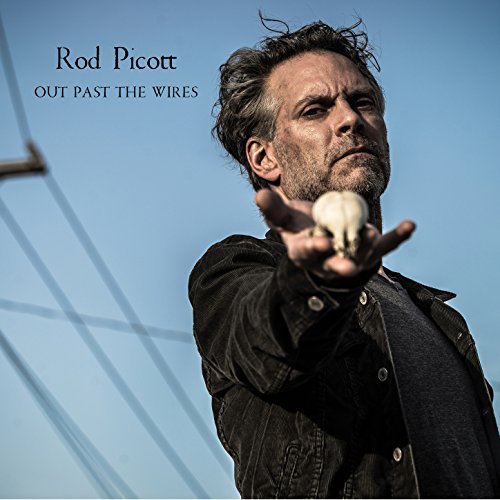 ROD PICOTT
Out Past the Wires
Welding Rod Records
A New England kid reared on classic rock who caught the folk-music bug a few decades back and hit Nashville with everything he had, Rod Picott’s songs might not have made him a household name, but plenty of listeners have found themselves right at home in his ballads of resilient down-and-outers and hardworking regular folk. And there’s plenty of elbow room for them on Out Past the Wires, the prolific songwriter’s double-disc, 22-song magnum opus. Fans of Picott’s frequent collaborator Slaid Cleaves might have actually first heard a couple of these songs (“Primer Gray,” “Take Home Pay”) on his most recent album (2017’s Ghost on the Car Radio), but as has often been the case when the two longtime friends each take a crack at recording their co-writes, Picott’s versions here sound several shades duskier and closer to the bone, like demos captured late at night in a motel room and left raw by choice. Picott himself has recorded his share of fuller-sounding albums, but Out Past the Wires finds him retaining that hushed, Nebraska-like intimacy across both discs, demanding rapt, listening-room-quiet attention but rewarding it in turn with song after song of hard-earned insight and wisdom. “You can take a measure of what a man treasures by what he takes with him when he’s on the way down,” Picott urges about a quarter of the way through, and sings with the conviction of someone who’s dragged a guitar through whatever backroads, backwoods, ghettoes and trailer parks he needed to in order to bring back these haunted yet engaging songs to the rest of us. — MIKE ETHAN MESSICK

Next post Nichole Wagner: "And the Sky Caught Fire"